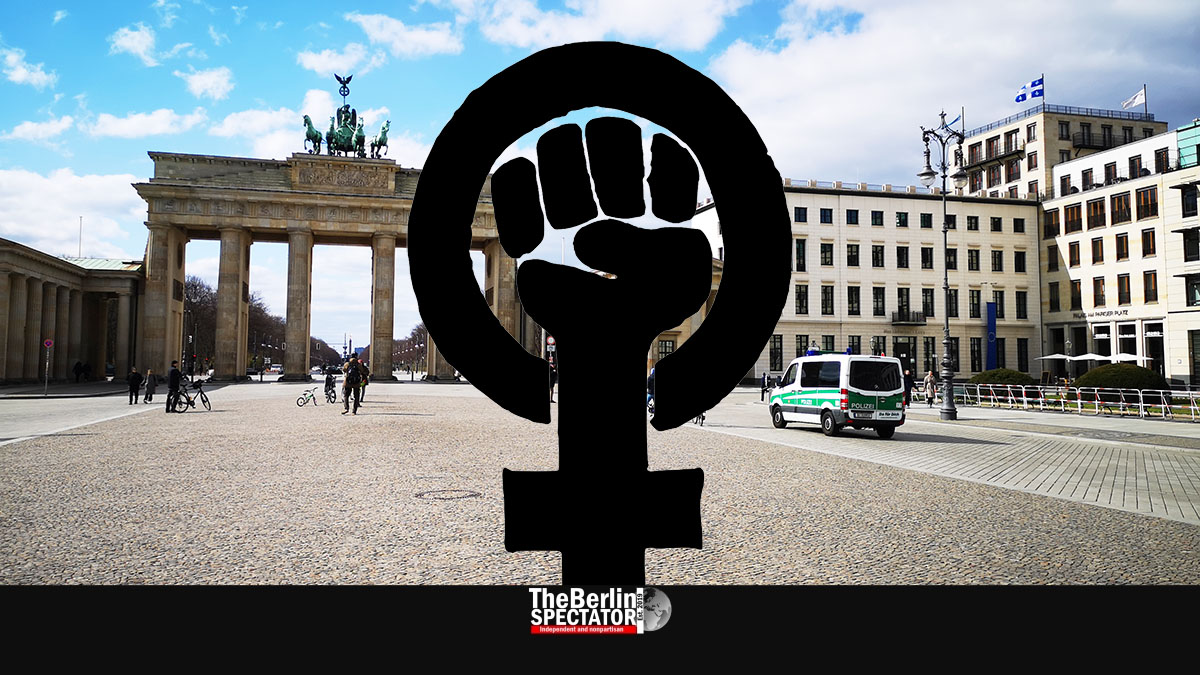 In Germany, Berlin is the only federal state that made International Women’s Day an official holiday. Now, the situation in the Corona pandemic makes Governor Mayor Michael Müller worry about equality.

Berlin, March 6th, 2021 (The Berlin Spectator) — A few days ahead of International Women’s Day, which Berlin has observed with an official holiday for three years now, the city’s Governing Mayor Michael Müller warned of societal regress in the Corona crisis.

He said many of the events that usually took place on International Women’s Day could not happen in the Corona crisis, or they had to occur in restricted ways. Especially during the pandemic, it was important to demand the same rights for everyone. According to Müller, it is obvious that the pandemic influences the distribution of roles between women and men in a negative way.

Women usually were those who suffered more, from the double burden posed by their professions and the families they needed to look after. Müller also said that domestic violence had increased in the Corona crisis. Obviously, women and children are the victims in most cases.

The Governing Mayor stated, women had fought for an equal, emancipated role with a lot of effort. In spite of the fact that Corona kept everyone occupied, the fight for equality should not be neglected. Worries according to which antiquated role models might return needed to be seriously, Müller stated. This development had to be confronted.

Celebrating the feminist movement’s achievements of the past century is one of the purposes of International Women’s Day, which was turned into an official holiday in the city state of Berlin in 2019. But the fight for equality is generally not over. Making people aware of this fact is the second purpose of the holiday.

It was Clara Zetkin, a German socialist and feminist, who spoke about the idea of establishing an International Women’s Day at the Second International Socialist Women’s Conference which took place in Copenhagen in the summer of 1910. The original idea came from the United States of America though, where socialist women had already decided to have such a day.

Back then, it was mainly about women’s suffrage. Today, it depends. In Germany, feminists, both female and male ones, still criticize the fact that, in many companies, women earn less than men for the same work. And the critics do have a point.

Also the double or even triple burden many women carry continues to be a relevant subject. Men work. Then they come home and watch soccer matches. Many women, on the other hand, come home from work in order to keep on working. They deal with the kids and the household before they watch Netflix for five minutes while falling asleep after a tiring day, a far busier one than their husbands had.

While these may be the main issues in Europe, International Women’s Day is also about solidarity with women in other parts of the world, where they have far less rights, if any, or where the injustice is far more grave. Violence against women, for instance in parts of Africa, where female genital mutilation is just one of many severe problems, is another aspect.

As a matter of fact, adopting this new holiday was not entirely about women or the injustice they are facing, but also about having a new holiday. German federal states other than Berlin, especially in the more religious south of the country, have far more holidays. Bavaria has 13 while Berlin had 9 before it got the new one.

Trilingual and Funky: ‘Radio Global Germany’ Takes ‘The Berlin Spectator’ On the Air