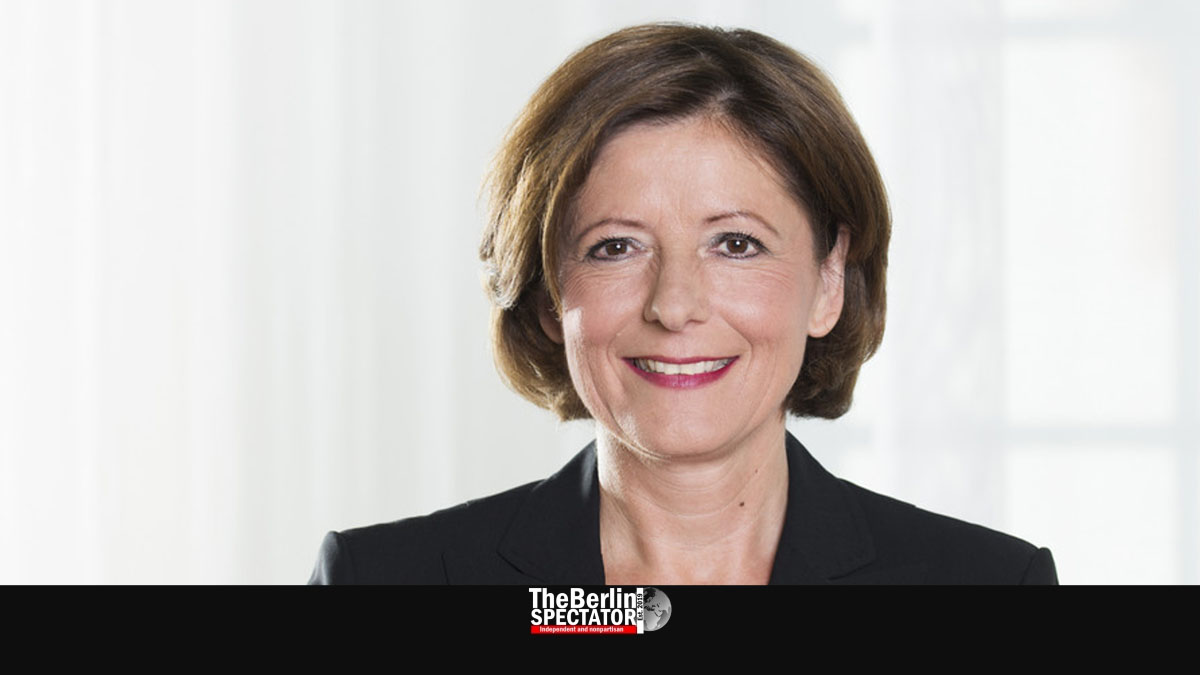 It is hard to take the suspense. On Sunday, state elections will be taking place in Rhineland-Palatinate. For three decades, the center-left Social Democrats (SPD) have ruled the federal state. Whether they will be able to continue, is an open question.

Berlin, March 10th, 2021 (The Berlin Spectator) — First Minister Malu Dreyer is one of only two women in this position in Germany. Especially during the ongoing Corona crisis, but also before, she has become a crisis manager many residents trust. The fact that her state is one of only two in Germany with Seven Day Incidence Numbers below 50 might be connected to her policies. She is not the loudest First Minister in the country, but she does her homework and runs her state successfully, in a so-called ‘traffic light coalition’ with the Greens and the FDP.

Malu Dreyer gives her competition headaches. Is the conservative CDU’s candidate Christian Baldauf going to verbally attack the likeable and successful First Minister? He can’t. This kind of approach would backfire in this case because she is ‘too perfect’ and would become a victim voters could support even more. So, Baldauf talks about issues. But even that is difficult because, especially in regard to the main subject, Corona, there is hardly anything to criticize.

Malu Dreyer’s problem is not not so much the opposition. Something else does damage in the election camapign, namely her own party, the SPD. This former big tent party is so unpopular, in spite of the fact that it has popular figures like Finance Minister and Vice Chancellor Olaf Scholz, who is also the party’s candidate for Chancellor, First Mayor Peter Tschentscher in Hamburg, or Malu Dreyer herself.

It’s All About Coalitions

What this means for the campaign in Rhineland-Palatinate? The SPD’s logo on campaign posters was kept rather small, while Mrs. Dreyer’s photo was big. “Wir mit ihr” (“Us with her”) is the slogan for the personalized campaign the SPD in the federal state is running. The campaign managers know what they are doing. But still, all of those efforts, and Malu Dreyer’s popularity do not seem to be enough.

In the latest polls, both the CDU and the SPD are at 30 percent. What this means? Not even Malu Dreyer, a lawyer who suffers from multiple sclerosis, can stop the SPD’s downward trend. What else does it mean? It is all about coalitions. Even if the SPD comes in second, it might head the next government, als long as its coalition partners are loyal. But, will they be? Will the state of the late Chancellor Helmut Kohl be reconquered by his party, the CDU?

Many parents are satisfied with this government’s policies and might make a continuation possible with their votes. The fact that kindergartens have been open all along during the Corona pandemic, while they closed in the rest of Germany, is an aspect many liked. All children up to six years of age in the state are entitled to seven hours of kindergarten care per day, including lunch.

The CDU’s Christian Baldauf limits his criticism to obvious issues everyone knows exist. They include the digitization issue Germany, including Rhineland-Palatinate, have always had issues with, and still do. But will this resolve his problems? Baldauf himself is far less popular than Malu Dreyer, also because people do not know him too well. His advantage is that his state is generally conservative, at least it used to be. The CDU intends to try to use this potential.

Located a bit further south, Baden-Württemberg is getting ready for state elections as well. Here, the Greens will most likely win. The SPD and the CDU will probably suffer pretty bad defeats.

Germany: Tesla to Stick to Schedule at ‘Gigafactory’ in Brandenburg Province