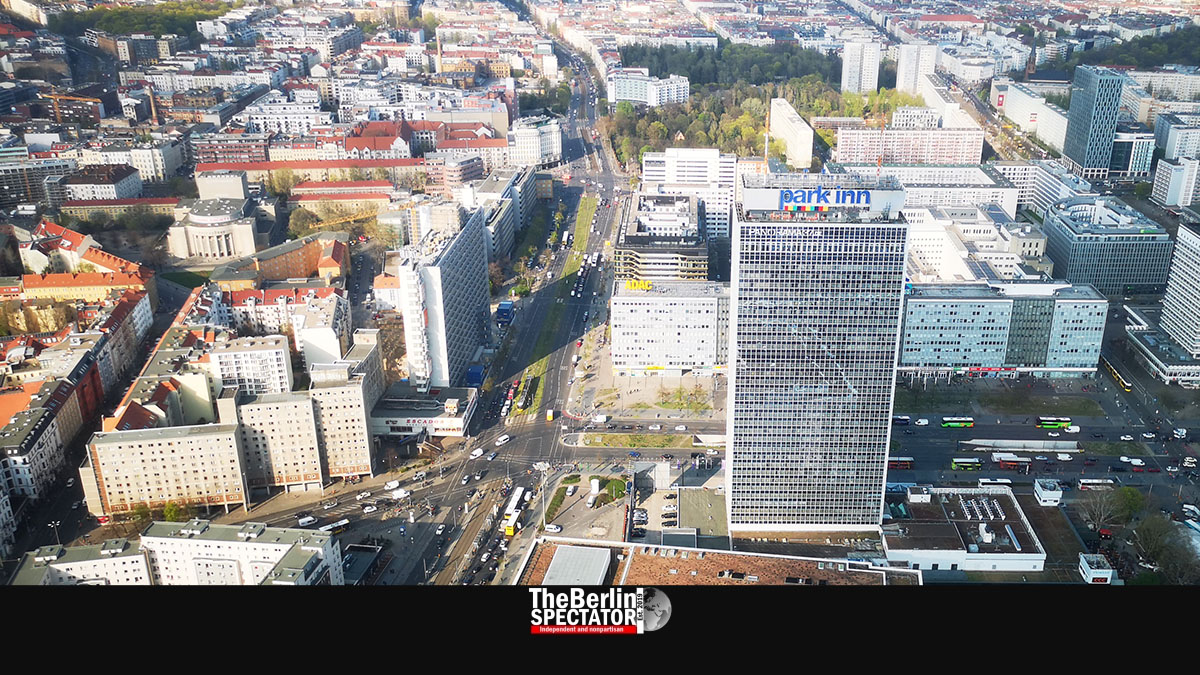 Germany’s federal government and the federal states keep on coming up with new Corona rules. In some cases, their implementation leads to issues because, in practice, they do not make too much sense.

Berlin, March 12th, 2021 (The Berlin Spectator) — Chancellor Angela Merkel and her colleagues, one Governing Mayor, two First Mayors and thirteen First Ministers from Germany’s federal states and city states, have certain goals in mind when they announce Corona rules. Last time they held their Corona conference online, they came up with a sudden inspiration. People were supposed to be able to shop at non-essential retail businesses again. At the same time, the heads of government wanted to make sure as many contacts as possible would be avoided.

What they sold as “Click & Meet” was the new way to shop. People were supposed to get an appointment and a “time window” at the shop of their choosing, and then go there to max out their credit cards. High-ranking politicians are often divorced from the real world, in the sense that they cannot go on a shopping spree without an entourage of staff members, body guards and photographers. To most people, reality looks different.

Earlier this week, a friendly, middle-aged man opened the door to his antiques shop in Berlin’s Suarezstrasse, for the first time in months. He said he was glad he could finally reopen his business, but conceded he did not know how “Click & Meet” was supposed to work. He is not alone. First of all, shops of all kinds need to rely on coincidental shoppers as well, people who do not know they will enter a specific store until they do. Secondly, there are many shoppers who do not know the names of the shops they want to visit, or their phone numbers, but their location only.

A Piece of Old Reality

On top of it all, many shops do not have websites or official contact data potential customers could find — easily, or at all. That is why, in Berlin’s posh Charlottenburg borough, many shop owners just opened their doors this week. Just like the antiques shop owner in Suarezstrasse, they just hoped for customers. A piece of old reality was back. Of course, most business owners intend to make sure the hygiene and distance rules are being adhered to by their customers.

On Berlin’s official website berlin.de, the rules for reopening shops are being described. “A shopping appointment has to be set up with the business in advance, online or on the phone”, it says. “The customers will get a time window which has to be adhered to.” This may sound great. But, in practice, the concept does not work too well.

Luckily, the Berlin Senate seems to have noticed, as the RBB radio and television network found out. The press office at the Senate Administration for Commerce told the RBB that the new ‘infection protection ordinance’ did not really say how exactly shoppers needed to set up appointments, even though it obviously does: “online or on the phone”. Still, according to Commerce Senator Ramona Pop’s people, “the appointment may, but does not have to be, set up online. Doing so on site is possible”.

At the end of the day, this means non-essential shops may just open and wait for customers, just like in those good old times, when 2 plus 2 still equaled 4. Well, yes, they have to allocate 40 square meters (431 square feet) to each customer, and make sure they all wear medical masks while they keep their distance to each other as well as to the staff.

The same Senate Administration told the RBB, setting up immediate shopping appointments on site was risky because this approach could lead to “gatherings of people in the entrance areas” of retail businesses. Both Berlin and Brandenburg do not really seem to know what they are doing, in this regard. But they both have a list of penalties shop owners have to pay if they do not follow the rather vague rules. Berlin reserves the right to charge them up to 5,000 Euro (5,973 U.S. Dollars or 4,283 Pounds Sterling), while Brandenburg’s maximum fine is double that amount.