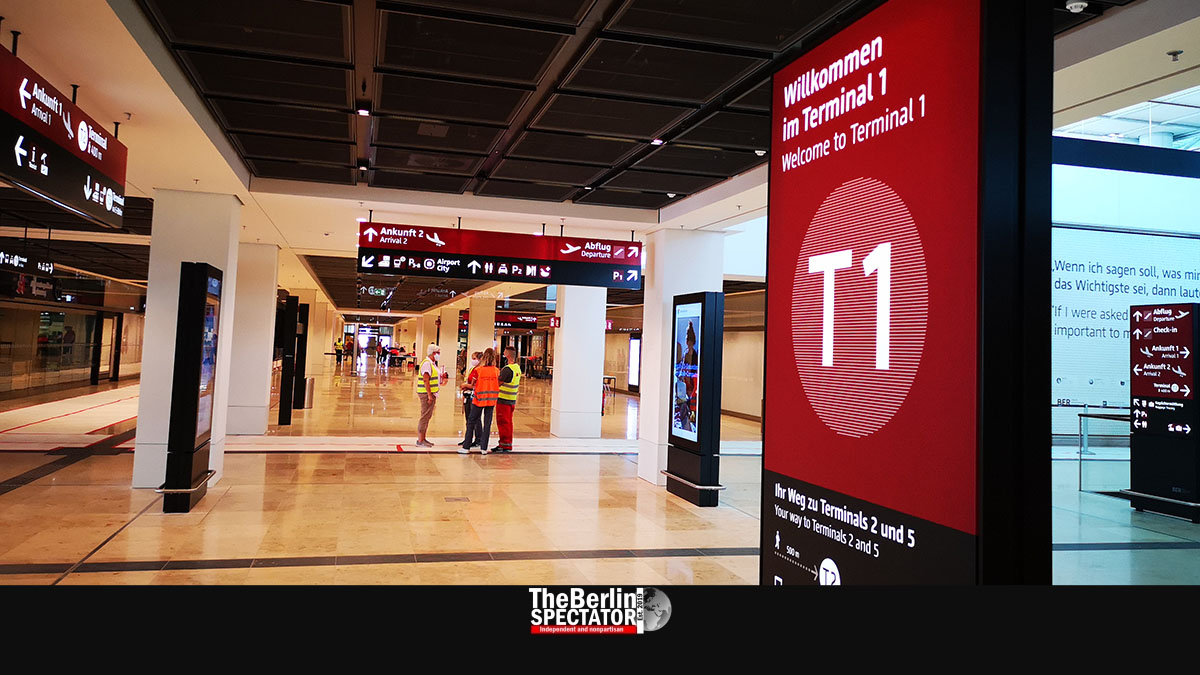 Schönefeld, a town in Brandenburg province located just south of Berlin, accommodates a very expensive business called BER Airport. The “partial debt relief” its management is begging for now is a synonym for needing even more money.

When Europe’s Concorde, the fastest passenger jet of all time, taxied to the runway, it already consumed so much kerosene, the cockpit crew needed to make sure there was enough left for the actual flight to New York, to London, Paris, or wherever the metal bird was going, just before the beauty would take off. In some cases, it had to return to its parking position, to get a refill. Yes, the Concorde was a kerosene sucker. It wasted jet fuel about as quickly as BER Airport uses up its owners’ money.

While the Concorde does not fly anymore, BER is operational. It has been for four and a half months, and it is asking for even more cash already. The management and the supervisory board want 1.9 billion Euro (2.3 billion U.S. Dollars or 1.6 billion Pounds Sterling). And it is unclear how long this huge amount is going to last. The pitiful owners are the city state of Berlin, the federal state of Brandenburg and the Federal Republic of Germany. One thing is certain: They need deep pockets.

In a press release BER Airport’s operator FBB sent out, the term “financial restructuring” is being used. It says the supervisory board had “acknowledged” the management’s business plan for 2021, which included a “partial debt relief”. The board’s chairman Rainer Bretschneider stated the management had “submitted a good orientation”. He said he was confident he would soon be able to present solutions that would secure FBB’s ability to act and that would be “future-oriented and strategically aligned”.

BER Airport always was a vampire. Its very attractive Terminal 1 was supposed to be opened in 2011 and cost some 2 billion Euro (2.4 billion Dollars or 1.7 billion Pounds), about as much as FBB wants from the owners right now. The cash-guzzling endeavor finally opened in late 2020. Its price tag tripled. What this means is that money was always a big issue, even before FBB asked for even more of it on Friday.

Of course neither FBB nor anyone else in Berlin or Brandenburg can be blamed for one of the main problems that popped up a year ago, namely the Corona pandemic. The company’s CEO Engelbert Lütke Daldrup, who just announced he would leave his post early, in September of this year, says he expects BER Airport to have 10.7 million passengers in 2021. This seems pretty optimistic, and it is less than a third of the 35 million they counted at BER’s predecessors Tegel and Schönefeld in 2019. FBB does not expect this kind of normality to return before 2025.

According to FBB’s new “concept”, BER Airport’s owners should come up with the money in five annual tranches, starting next year. From the total amount of 1.9 billion Euro, 1.1 billion Euro (1.3 billion Dollars or 0.95 Pounds Sterling) should be used for the “partial debt relief”, while the remaining 800 million Euro (956 million Dollars or 687 million Pounds) would be registered as “liquidity assistance”. As FBB accurately points out, aviation is not the only sector that needs to be supported during the ongoing crisis. On the other hand, BER was a money sink long before anyone had heard of Corona.

FBB’s supervisory board just ordered the management to do the obvious. The name of the game is saving money by getting the costs down as much as possible, and by working on necessary investments only. Also, the management is supposed to check whether it can milk the European Union as well. Of course the official wording sounded somewhat different. Another task FBB has is to find a successor for Engelberg Lütke-Daldrup.

In the meantime, BER Airport will continue to do what it does best right now, namely consuming truckloads of money. Please remain seated and strapped until the aircraft has come to a complete halt and the captain has switched off the fasten-seatbelt signs.