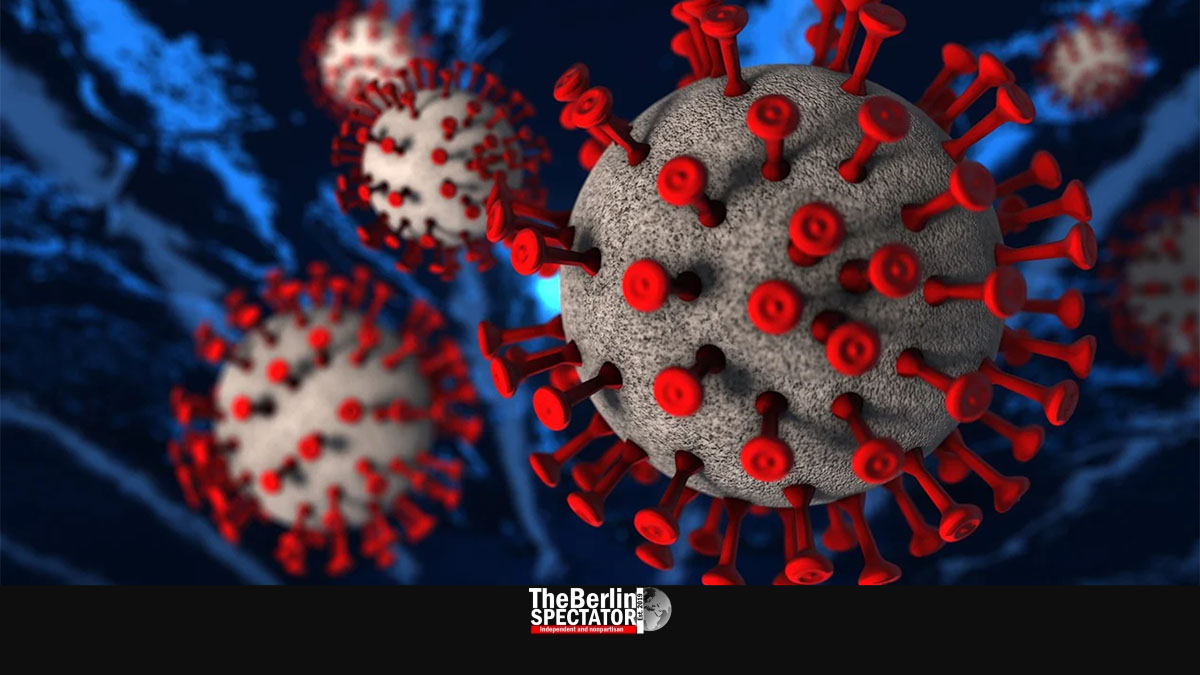 Germany’s Robert Koch Institute believes the Corona numbers will rise dramatically. According to its latest situation report, they might exceed those the country had around Christmas by early April.

Berlin, March 14th, 2021, update 12:30 p.m. (The Berlin Spectator) — According to the Robert Koch Institute in Berlin, Germany might experience another exponential increase of new Corona infections. A new prognosis was published, in which the Corona mutant B.1..1.7 was analyzed and compared to the other variants of the virus. The outcome: Infection cases with B.1.1.7 have increased substantially since the beginning of this year, by 46 percent per week. They doubled every 12 days, the experts at the Robert Koch Institute say. The share of the other Coronavirus variants, on the other hand, decreased by 19 percent per week.

The institute also explains why Germany’s Seven Day Incidence Number rose slowly in the past days, namely because the two effects overlap. According to the math the experts did, and all other aspects involved, the Incidence Number will increase substantially. By April 12, after Easter, it might reach levels between 200 and 500, which would be catastrophic. So far, the Incidence for the entire country has never exceeded 200. The highest value registered was 197.6, shortly before Christmas This might change soon. An average of 350 is what the Robert Koch Institute, Germany’s equivalent of the CDC in the United States, is expecting. This would likely mean far more than 30,000 new infections per day.

On Saturday, Germany’s Incidence stood at 76.1. Two weeks ago, it had been at around 60. Professor Lothar Wieler, the Robert Koch Institute’s President, asked all citizens and other residents to adhere to the anti-Corona measures. “The third wave’s curve” needed to be kept as flat as possible. The kind of situation Germany had had just before Christmas needed to be avoided. Wieler stated it would still take some time until a majority of the population would be vaccinated. A low Incidence was the best protection right now.

During those very difficult days and weeks in late 2020, the German health system had almost been overburdened. There were clinics that had to reject new Corona patients, who were sent to other hospitals. Some clinics had been closed due to local Corona outbreaks.

In the meantime, the latest Corona data were not available yet, as of Sunday at 9:00 a.m. CET. The Robert Koch Institute’s Corona numbers portal was not accessible for longer than an hour. A note said, data were being uploaded. “Please try to come along again later” it said, while the press in the entire country was waiting for the latest numbers. Once the site was finally accessible again, the new numbers were still not available, as of 9:18 a.m… In the late morning, the numbers were finally published. There are 10,790 new Corona infection cases within 24 hours, about 2,700 more than last Sunday.