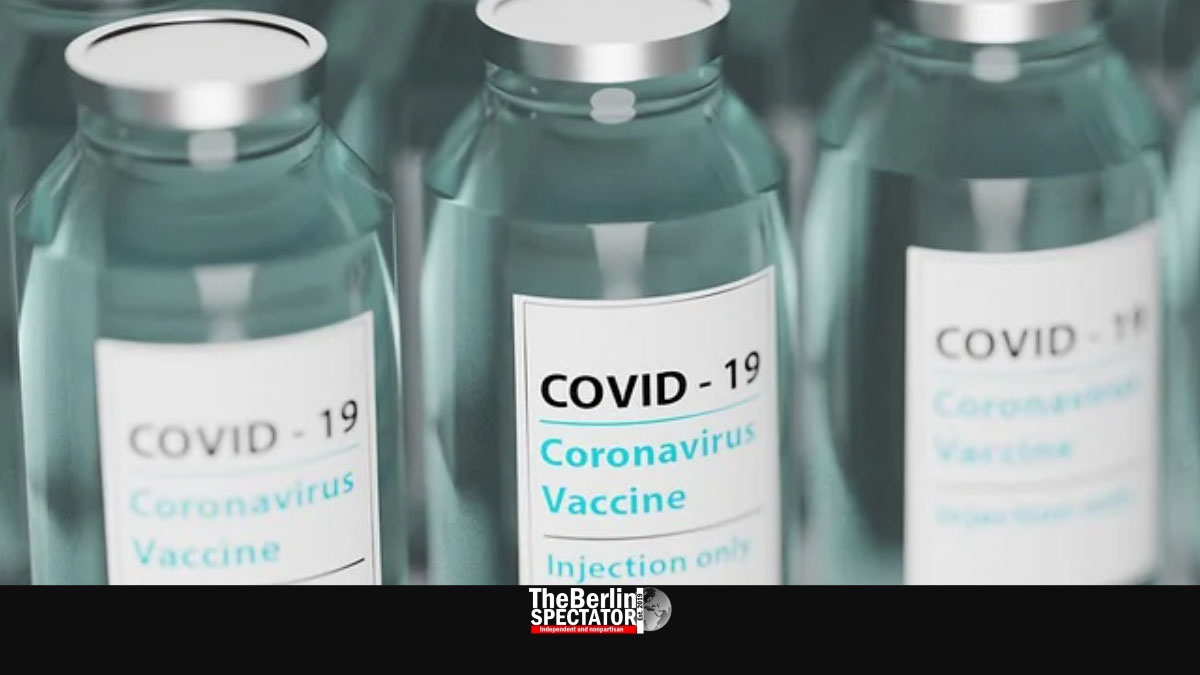 Germany’s vaccination campaign was just going to be accelerated, when the Health Ministry suspended the use of the AstraZeneca vaccine. The decision, which was based on a recommendation, is being criticized. And it leads to new problems.

Berlin, March 16th, 2021 (The Berlin Spectator) — When Jens Spahn announced the suspension of all AstraZeneca vaccinations, including the required second doses many Germans and other residents already had appointments for, it was clear who would be blamed, namely the government and the Health Minister himself. Even though the suspension was based on a recommendation by experts at the Paul Ehrlich Institute, Spahn is being slammed, both on social media and in real life. The difference is that, in Berlin’s world of politics, the criticism is more polite.

The Greens’ health expert Janosch Dahmen was quoted by several German-language media. He said, suspending the AstraZeneca vaccine on the basis of few case numbers was careless, considering the third Corona wave was coming in. What those case numbers are concerned, he was referring to seven incidents of cerebral vein thrombosis, which may or may not be connected to the vaccine of the brand in question. So far, there have been 1.6 million vaccinations with the AstraZeneca product in Germany. Dahmen said, the country could have continued vaccinating people who wanted the AstraZeneca vaccine.

Frank-Ulrich Montgomery, the President of the German Medical Association, does not approve of the suspension either. He told the ‘Redaktionsnetzwerk Deutschland’, according to the studies he knew about, the frequency of cerebral vein thrombosis cases in the AstraZeneca groups and the placebo groups had been more or less the same. Montgomery warned of the damage to the vaccine’s image. The fuss surrounding the suspension of this “good and effective vaccine” would not exactly lead to a higher acceptance.

Karl Lauterbach, the SPD’s health expert, told the TV channel ‘ntv’, the risk for a thrombosis was below 1 to 100,000. It was not elevated for persons who were vaccinated with the AstraZeneca product, compared to those who had not been vaccinated at all, or to those who had gotten Biontech shots. In a different interview, with the ‘Rheinische Post’ daily, Lauterbach stated in this situation every single vaccination counted. Creating distrust was not the right way.

Germany is not the only country that suspended all AstraZeneca vaccinations. A few days earlier, Denmark, Norway, Iceland, Ireland, the Netherlands, Austria, Bulgaria, Estonia, Lithuania, Latvia and Luxemburg had taken the same step. Now that the decision was taken, there are new open questions: What will happen in regard to individuals in Germany who already got their first AstraZeneca shot? Will their vaccination appointments still be valid, for shots with other products? To what extent will the vaccination campaign be slowed down by the issue? Does the government’s statement, according to which all residents will receive a “vaccination offer” by the end of the summer, still stand?

In the meantime, the Robert Koch Institute’s data page was offline for a long time yet again on Tuesday morning, while the entire country was waiting for the latest Corona infection numbers. Shortly before 8:00 a.m., it was accessible again. In the past 24 hours, the Incidence Number for Germany rose slightly, to 83.7. Compared to last Tuesday, the number of new infections is higher as well. Last Tuesday, there were 4,252 new cases. Now there are 5,480.