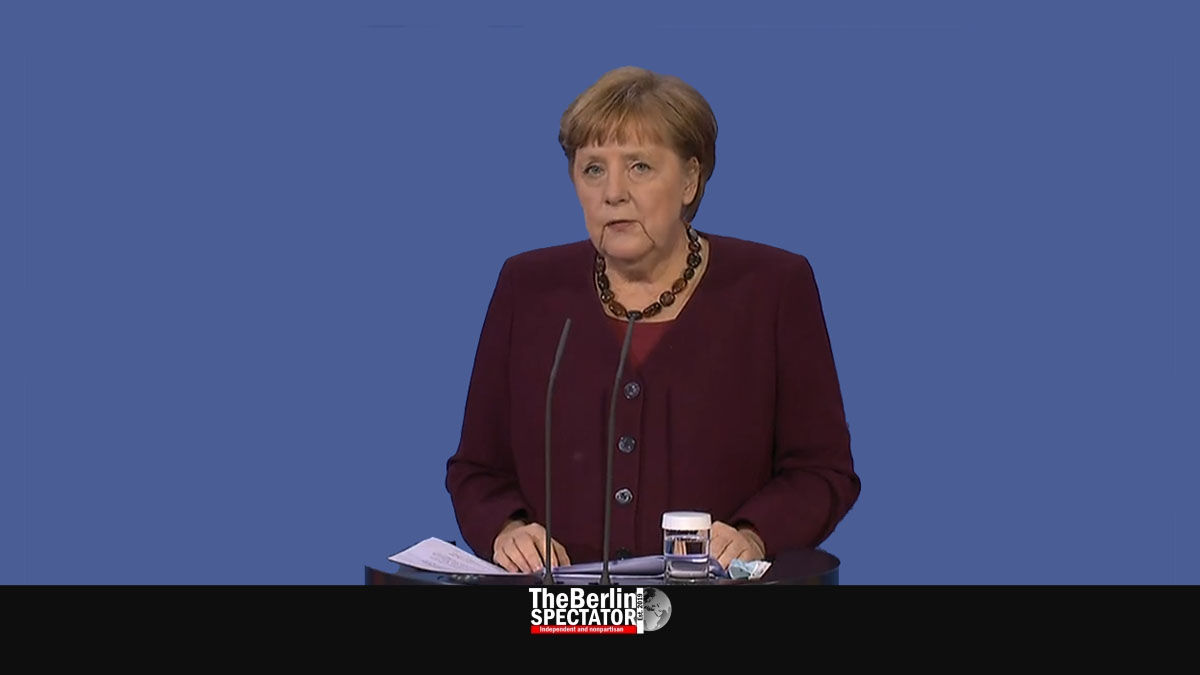 At a vaccination summit, Germany’s Chancellor Angela Merkel and the First Ministers from all federal states agreed to a new approach in regard to the ongoing Corona vaccinations. Family doctors will be allowed to vaccinate patients soon.

Berlin, March 19th, 2021 (The Berlin Spectator) — For the first time in two weeks, Angela Merkel spoke about the Coronavirus publicly. After a vaccination summit she held with her colleagues from the sixteen federal states via telephone on Friday, she announced a strategy change for the vaccination campaign. While the existing vaccination centers will continue to be operational and mobile vaccination teams will still be moving around, general practitioners are supposed to start vaccinating their patients as well.

Millions of Doses per Week

The Chancellor said in Berlin, the motto now was to “vaccinate, vaccinate, vaccinate”. Apart from “German thoroughness”, speed and flexibility were necessary. Besides, the health ministers would make sure there would be as little bureaucracy as possible. The new two-pillar strategy will begin with the second quarter, right after Easter. Mrs. Merkel said she and the First Ministers had had an intensive discussion on the question how the “established structure” of Germany’s vaccination centers and that of GPs could be combined, in order to accelerate the vaccination campaign.

According to Angela Merkel, the vaccination centers that are spread all over Germany will receive a total of 2.25 million doses of vaccine per week. What the distribution was concerned, there was a breakdown according to the size of the population in each federal state, the Chancellor explained. Whatever is left from the vaccine deliveries Germany receives will be sent to doctor’s offices. The GPs will be asked to vaccinate “immobile” patients first, and others who badly needed to be protected, including those with pre-existing conditions. As she explained, the doctors will be able to decide themselves, but the prioritization will be the basis they needed to work on.

Chancellor Merkel conceded that the number of doses GPs are supposed to receive starting in April will be low, and increase slowly over time. She said there would be some 20 doses per GP per week at first, or a million in total. That amount will be tripled until late April, according to the government.

The European Union would receive an additional delivery of 4 million vaccine doses in late March, Angela Merkel said. Germany’s share will be split among border regions that have a lot of commuters coming in on a daily basis. Because of the dangerous South African Coronavirus mutation which already spread in the French Mosel region, the Saarland, a tiny federal state at the German-French border, will receive an additional 80,000 doses for that reason, Rhineland-Palatinate 20,000, Saxony and Bavaria 100,000 doses each and Thuringia can expect 30,000 doses on top of the regular deliveries. Whatever was left would be added to the vaccine for the GPs, the Chancellor said.

‘Emergency Brake’ to be Pulled

She stated the vaccination summit had been successful. Everyone involved had been “very motivated”. At the same time, Mrs. Merkel painted a grim picture of the Corona situation Germany is in. The latest developments were “difficult”. She said the “emergency brake” would likely have to be applied because of the growing number of new infections. This means the strict lockdown rules that were valid until early March will probably be reinstated. The next Corona conference at which big decisions will be taken is scheduled to take place as soon as on Monday.