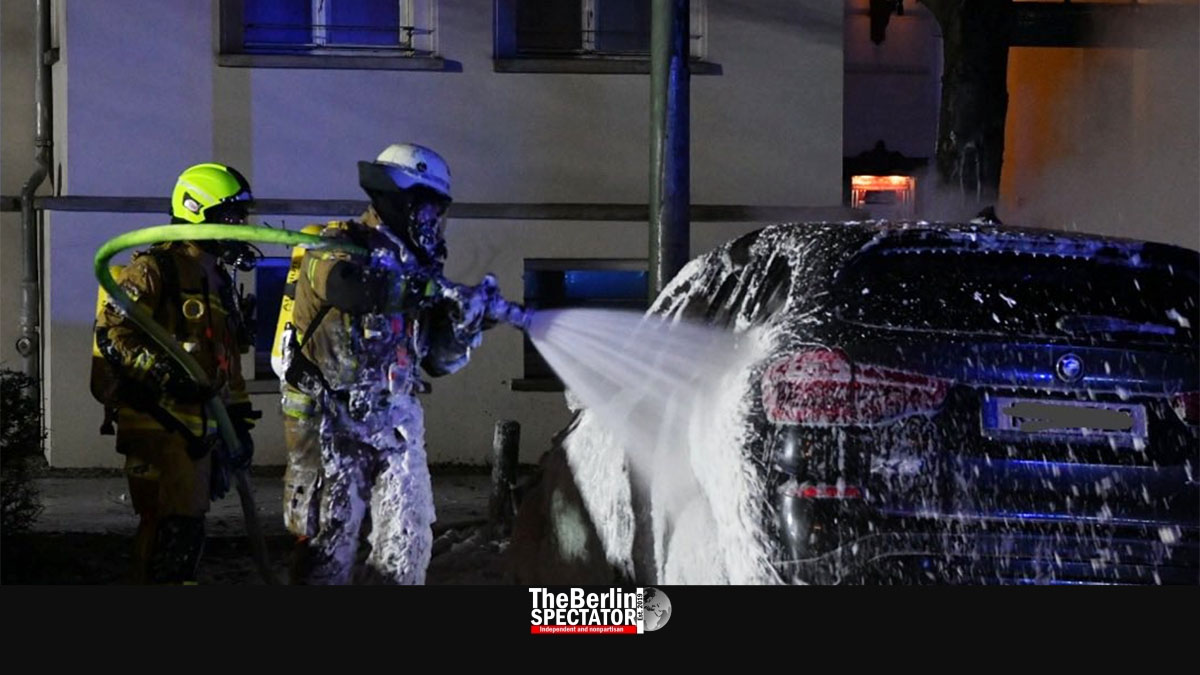 In Berlin, one thousand police officers are involved in a big operation. It is all about the eviction of the ‘Mutiny’ pub which used to be a gathering place for Berlin’s radical leftist scene. Protected by the police, a judicial officer officially closed the place for good on Thursday morning.

Nijmegen, March 25th, 2021 (The Berlin Spectator) — In Berlin, the police were busy on Thursday morning. In order to close down one single pub, the ‘Meuterei’ (‘Mutiny’) in the Kreuzberg borough, a thousand officers were needed. That is because left-wing radicals who used to gather at the place, and their many supporters, resisted the eviction. The police cordoned off the entire area around the former pub. At several locations, people protested against the action the city is taking.

At Reichenberger Strasse, where the ‘Mutiny’ was located, the police closed down the direct neighborhood on Wednesday. Residents on their way home had to show their I.D. cards in order to prove they actually live there. Hundreds of people were part of what was announced as “decentralized protests”. Most rallies were registered and approved by the authorities. But the fireworks and firecrackers that were lit were illegal.

Note: The Berlin Spectator uses the words ‘extremists’ or ‘radicals’ for persons, groups or parties that fight democracy, its rules, institutions or values, on both the far-right and the far-left.

Radical leftists who are opposing the eviction of the pub are suspected of arson. Last night, eight cars, mostly more expensive ones, were set on fire in several of Berlin’s neighborhoods. Fire fighters were busy extinguishing the fires and preventing the flames from spreading all night long. This kind of terrorism is a frequent occurrence in Berlin when establishments or apartment buildings used by parts of the radical left are being evicted.

When an apartment block in Liebigstrasse was evicted in October of last year, cars were set on fire, a real estate company, a party office and even a police station were attacked with color bombs and stones. The situation was similar when the pub ‘Syndikat’ was evicted in August of 2020. Back then, radicals and the police fought out a street battle which the protesters could not win.

Early this morning, unknown individuals set tires on fire right in front of the Office of Public Order in Berlin’s Reinickendorf borough. The entrance was damaged and the entire building is full of smoke. So far, there was no claim of responsibility, the Berlin Police Department said. An investigation is in progress.

At this stage, Berlin’s radical left-wing scene has one last haven left. It is a partially occupied apartment block in Rigaer Strasse. The residents do not want fire safety inspectors to enter the building. Therefore, the next escalation and the next big police operation are around the corner. It is just a matter of time.