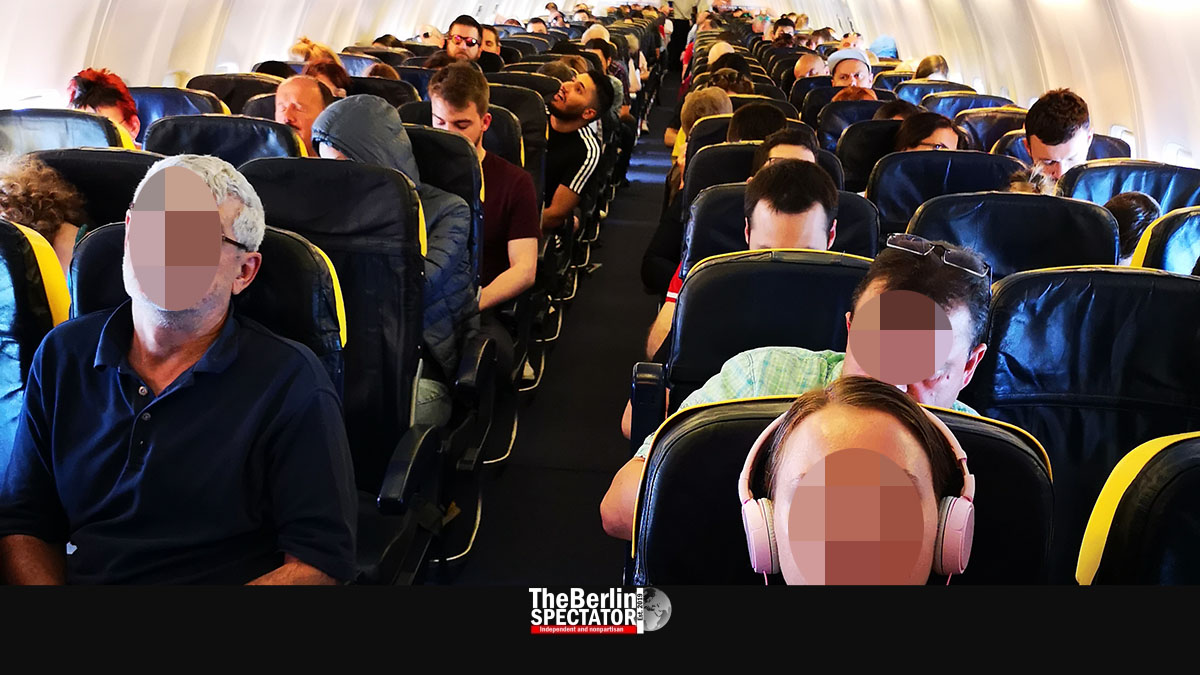 Travelers who enter Germany from any country by plane will have to get tested for Corona before they board the aircraft, according to the draft of an ordinance the Health Ministry is preparing. While the infection numbers keep on rising, the Saarland intends to reopen everything.

Berlin, March 26th, 2021. Update: 5:02 p.m. (The Berlin Spectator) — The German Health Ministry is about to enact an ordinance which forces all flight passengers who intend to travel to Germany to get tested for Corona beforehand. What this means is that the airlines will only be allowed to fly passengers to Germany if they have Corona test results that turned out negative. According to German-language media, the ordinance will take effect on Tuesday.

This new rule also applies to passengers who return from countries that were not declared high risk regions by the German authorities, including the Spanish island of Mallorca, where German tourists are going in spite of the alarming Corona situation in Europe. A travel frenzy had started when the Foreign Ministry took Mallorca off the list of high-risk regions. A discussion is going on in Germany, about the question why hotels in Germany are not allowed to accommodate tourists, while they are in Mallorca.

In the meantime, the infection numbers in Germany keep ob increasing. According to the Robert Koch Institute in Berlin, 21,573 new Coronavirus infections were registered by the health authorities within 24 hours, meaning there are some 4,000 new cases more than last Friday. The Incidence Number rose to 119.1. Now, eleven out of sixteen federal states are above 100. Thuringia, which stands at 221.5, continues to be Germany’s Corona hotspot. The other states with high Incidence Numbers are Saxony, Saxony-Anhalt, Baden-Württemberg, Bavaria, Berlin, Brandenburg, Bremen, Hamburg, Hesse and North Rhine-Westphalia.

In spite of the alarming tendency, one of Germany’s smallest federal states, the Saarland, intends to reopen basically everything. First Minister Tobias Hans, who was part of the latest Corona conference at which strict measures were approved, announced the opposite for his federal state on Friday. His concept is to reopen everything and to protect people by making rapid tests mandatory for anyone who enters certain businesses or cultural establishments.

Several federal states, including Bavaria, Mecklenburg-Hither Pomerania, North Rhine-Westphalia and Schleswig-Holstein intend to jump on the bandwagon, by trying this approach in certain regions or cities. The Saarland, on the other hand, which has a population of only 990,000, intends to test the rapid test approach everywhere. At this stage, this federal state has the lowest Incidence Number of them all. Today, it stands at 61.1, according to the Robert Koch Institute.

The city of Tübingen in Baden-Württemberg was the first place to experiment with the rapid test model. Its residents can enter all kinds of shops, cinemas and even bars once and if the rapid Corona tests they take on site turn out negative. This approach makes many Germans hope for a less restricted kind of new reality in which retail businesses and cultural venues may reopen. At the Corona conference earlier this week, this kind of experiment for certain kinds of businesses or establishments in some “regions” was encouraged. It did not say entire federal states should go for it and reopen everything though.

In Saarbrücken, the Saarland’s capital, First Minister Hans announced the rapid Corona test model would commence after the upcoming Easter holidays. Restaurants are supposed to reopen for people who test negative as well. Whether the beginning of the third Corona wave is the right moment for the new approach is a matter of opinion.