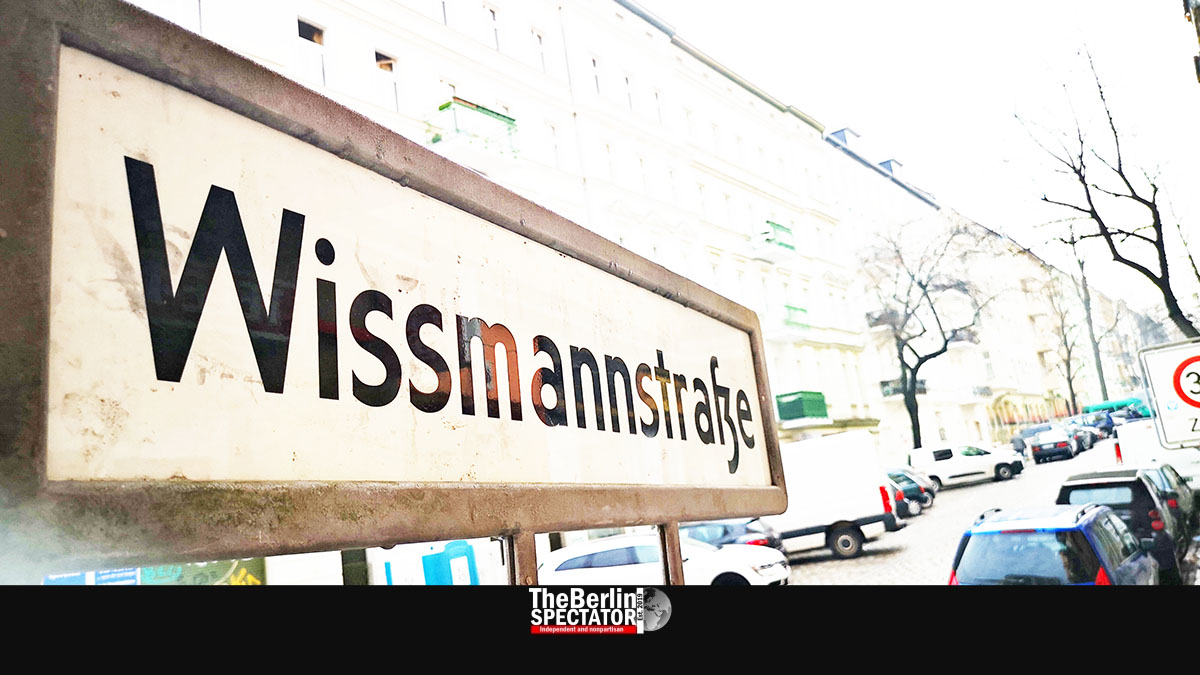 In Berlin’s Neukölln district, a street will be renamed in April. For now, it is named after a colonialist who violently crushed the resistance in parts of Africa. Soon, it will carry the name of an anti-colonialist. Not everyone is happy though.

Berlin, March 27th, 2021 . Update: March 29th, 2021 (The Berlin Spectator) — It is nice to receive letters that are not bills. Real ones, printed on something called paper and packed in envelopes, just like in the good old times. All residents in Berlin’s Wissmannstrasse received such a letter the other day. “Ladies and gentlemen”, it said, “the district assembly in Neukölln has decided to rename Wissmannstrasse.” Those who live in this street, located at the border between Neukölln and Kreuzberg, right next to Hasenheide park, already knew this much.

The signatory of the letter, District Mayor Martin Hikel, invites everyone to take part in a “ceremonial act” on April 23rd, 2021. He says 400 suggestions for a new name had been handed in. A jury that had included three residents from Wissmannstrasse had picked three names, one of which had finally been chosen, namely Lucy Lameck Strasse.

The issue: Hermann von Wissmann, whom the street was named after, was the “colonial administrator” of ‘German East Africa’. He contributed to the colonization in ‘German East Africa’ by violently crushing the resistance in the area of today’s countries Tanzania, Burundi and Rwanda, meaning he was directly responsible for terrible massacres. Lucy Limeck, on the other hand, was the first woman to become a Minister in Tanzania and an outspoken critic of colonialism.

Towards the end of his kind letter, Mr. Hikel finally gets to the issue: “Of course”, the renaming of the street had “immediate ramifications” für “you, as residents.” Sure. Everyone needed to have their I.D. cards and vehicle registration book changed. Of course. The District Mayor did not waste too many words before he got to the good news within the bad news: The Neukölln Administrative Office for Citizens would reserve appointments for this purpose in May. Usually, getting a near-term appointment at this authority is a mission impossible.

Hikel closes his letter by saying he was “looking forward to the ceremonial act”. Splendid. The residents of Wissmannstrasse, including the author of these lines, can hardly wait. This applies to the wait at the Administrative Office, in full Corona gear, as well.

But the renaming of Wissmannstrasse is a good thing indeed. It took some doing. Almost two years ago, in August of 2019, the District Assembly decided to go ahead and defined the rules for the new name the street would carry. For instance, the name needed to belong to a deceased person, and to one who was not involved in crimes against humanity or in getting rid of democratic structures.

On top of it all, it needed to be a street name that did not exist in Berlin, because double names in the cities were not allowed. This is a surprise, because there is another Wissmannstrasse, in Berlin’s posh Charlottenburg borough. It is in the process of being renamed as well. Other streets, including Mohrenstrasse (‘Moor Street’) are supposed to be renamed too. The same applies to the ‘U-Bahn’ train station of the same name. The discussion in the latter case has been going on for years.

At Wissmannstrasse, the one in Neukölln, things got even more complicated when the liberal FDP’s Roland Leppek said the name Lucy Lameck had not been researched thoroughly enough. There were open questions regarding Human Rights during the time she had been in office. The conservative CDU in Berlin said in a social media post, Lucy Lameck had been responsible for Human Rights violations, without delivering proof. For the extremist right-wing AfD, Anne Zielisch sent an e-mail to The Berlin Spectator in which she said it was unclear whether the name change would actually take place, since there was “resistance”.

But, the way things stand, the renaming will happen on April 23rd. Those who supported it believe that the anti-colonialist Lucy Lameck is an appropriate answer to the colonialist Hermann von Wissmann whose name has been on those maps and street signs for far too long.