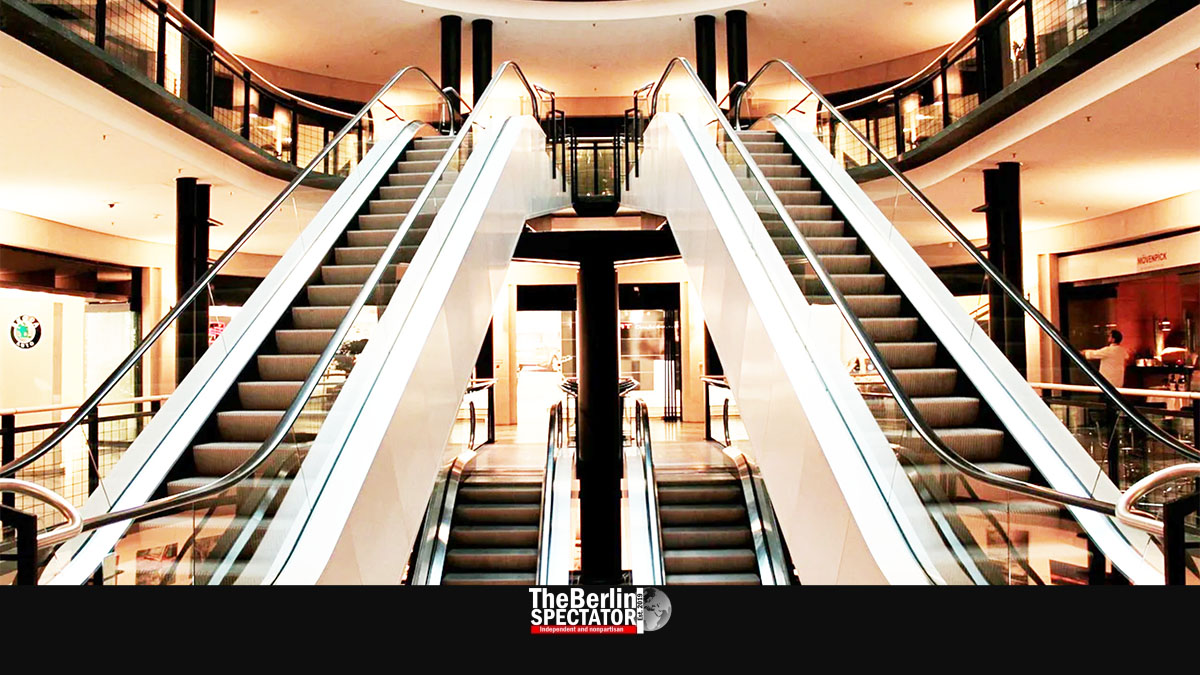 Starting on Wednesday, new shopping rules will apply in Berlin, if the Senate does not throw them overboard again before they even kick in. The new unfitting term is “Test & Meet”. Before, it was “Click & Meet”. In both cases, the main purpose was to meet as few people as possible.

Berlin, March 30th, 2021 (The Berlin Spectator) — In times in which meeting people is the one thing that needs to be avoided, thanks to the third Corona wave, the Germans do what they do best, which is using English terms or titles that do not make sense at all. This is what they did in Berlin, when the Senate called its previous, useless shopping rules “Click & Meet”. Shoppers were supposed to get an appointment for any non-essential shop online (“click”). Nobody explained whom they were supposed to “meet”.

Those rules did not really work, because many shops do not have websites or official phone numbers anyone could find. When the Berlin Senate noticed the grand idea was not as useful as intended, its Health Administration said appointments could also be made at the door to any retail business. So, in effect, the entire “Click & Meet” idea was dumped just when it was supposed to be implemented.

Now, on Wednesday, March 31st, 2021, the Berlin Senate’s next brainwave will be kicking in, unless they cancel it beforehand. “Test & Meet” is supposed to let people shop, in spite of the fact that the most dangerous Coronavirus wave to date is hitting Germany along with its capital of 3.8 million inhabitants. Still, nobody has explained what in the hell the “Meet” part is about, since all unnecessary contacts are supposed to be avoided. If any part of the new shopping rule makes a little sense, it is “Test”.

So, this is how shopping at non-essential shops and malls is supposed to work under the ‘Test & Meet’ guideline:

Yes, this is how easy shopping is in the third Corona wave. The Corona test results need to be up to date, from the same day. Children under the age of 6 do not need any test. So-called ICU masks are not good enough anymore. FFP2 standard masks are mandatory. And a lot of distance needs to be kept.

The following kinds of shops are exempt, meaning no tests are required here: Supermarkets, pharmacies, drugstores, bakeries, book stores, bicycle stores, gas stations, car service stations and takeout food places, including restaurants. Persons who just want to pick up an item at the door do not need Corona tests for any kind of shop.

At this stage, Berlin has more than 150 Corona test centers (English version of Berlin’s official Corona test website) at which residents can get tested for free. Malls and similar places are supposed to give customers testing opportunities on site. But it might take a few days until those are prepared.

Self-tests are not good enough. In both Berlin and neighboring Brandenburg, which put in place a similar shopping rule earlier this week, ‘PoC Antigen Rapid Tests’ are required. In Brandenburg, the negative test needs to be less than 24 hours old. In Berlin, it needs to have been issued on the same day.

Yes, shopping is legal these days in the German capital. But, since Berlin changes its Corona rules every 5 minutes, all the fun in the most dangerous Corona wave yet might not last too long. By the way: How about calling it “Test & Shop” or “Third Wave Shopping”?