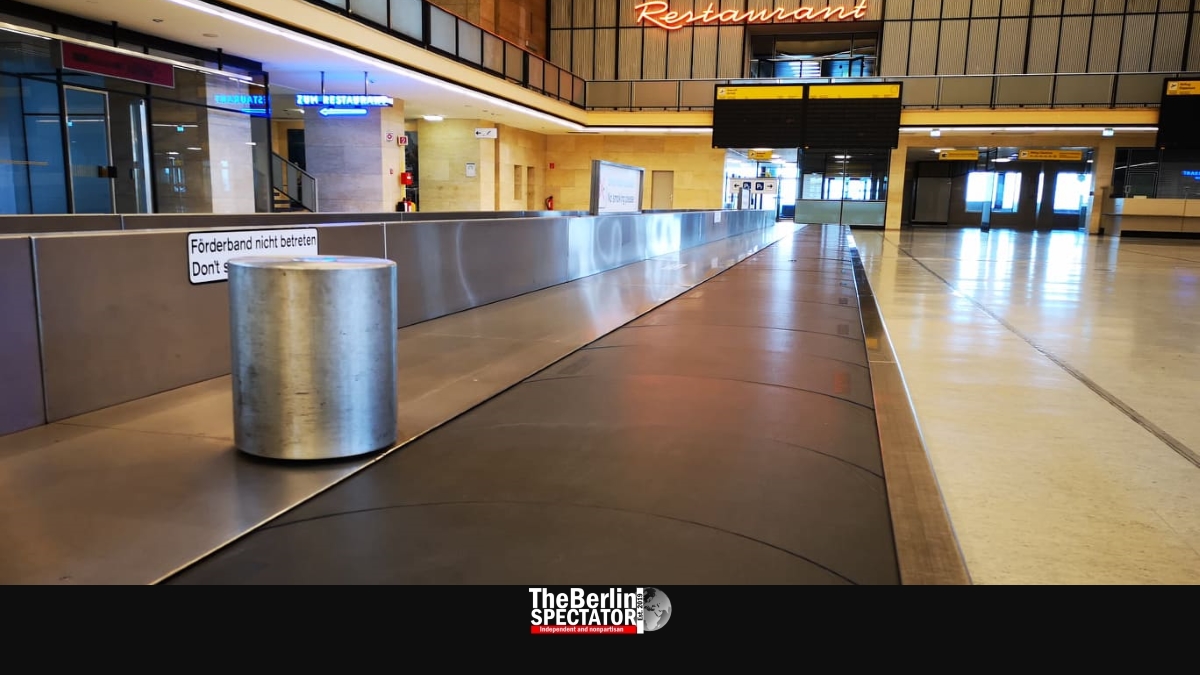 At the world’s airports, things happen all the time. There are flight cancellations, delays, people miss their connecting flights, or Tom Hanks could walk by and wave at you. On the other hand, nothing might happen at all.

Berlin, May 9th, 2019. Update: April 2nd, 2021 (The Berlin Spectator) — Guess what happened at the airport the other day. At first, everything looked pretty good. There was a nice terminal with conventional looking check-in counters, a conveyor belt at the baggage claim and even an airport bar. The terminal was very clean and elegant.

No Apple Juice or Soda

“The sooner I check in, the sooner I will get out of this weird place”, I thought to myself. But at the check-in counter absolutely nothing happened because nobody was there. I could have weighed my baggage on one of the scales, but nobody invited me to do so.

At this airport, there were no flight attendants, no stupid announcements. Nobody was picked up, nobody was cheated at the non-existing currency exchange place, nobody was fed at the overpriced restaurant.

Nobody boarded any planes since there were none. Well, there was one, but it was 80 years old and not operational. Besides, there were no pilots. Nobody flew to Barcelona, Brussels or Budapest. Nobody embarked on the journey of a lifetime.

Then I noticed I was at Tempelhof Airport. Yet again.

Majority of Germans in Favor of Nightly Curfews