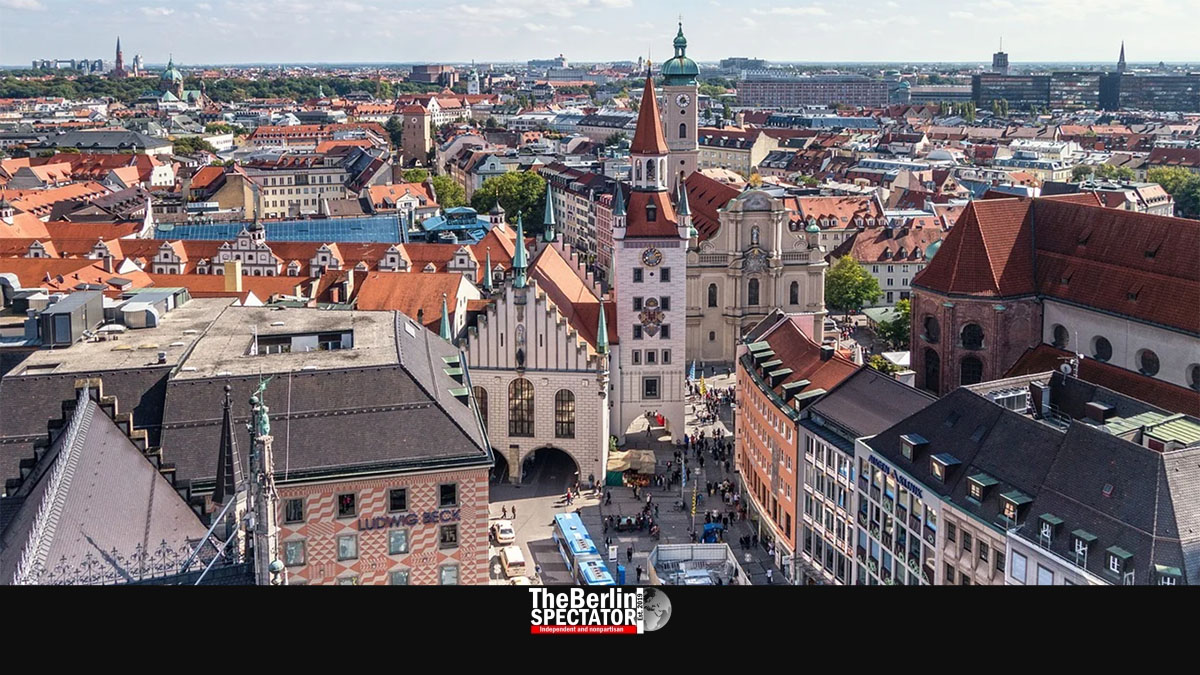 In Munich, Germany’s third-largest city, the ’emergency brake’ was just applied since the Incidence Number exceeded 100 for three days in a row. Because of the Easter holidays, the situation is sort of complicated.

Berlin, April 5th, 2021 (The Berlin Spectator) — During the ongoing Easter holidays, the German health system does not work at full throttle, including its Bavarian part,. Less people with possible Corona symptoms go to the doctor, less local health authorities report infections. Still, Munich’s Incidence was above 100 for three days in a row, meaning there were more than 100 new Coronavirus infections per 100,000 inhabitants in the past seven days.

As opposed to other large cities in Germany, Munich does adhere to the rules Chancellor Angela Merkel and the First Ministers, including Bavaria’s Markus Söder who is a staunch defender of a more careful Corona policy, recently agreed to. Pulling the ’emergency brake’ on Sunday was required, according to the decisions taken at the latest Corona conference, because the Incidence was higher than 100 on March 31st, April 1st and April 2nd.

For instance, the contact restrictions are now tighter. So far, up to five persons from up to two households were allowed to meet or gather. Now, people may meet up to one person from a different household as long as the total number of people above 14 years of age is not higher than five. Children below this age do not count.

A nightly curfew is now in place in Munich. Between 10:00 p.m. and 5:00 a.m., persons who leave their homes need a valid reason. Non-essential shops need to close again. Ordered items may still be picked up, but the rule according to which people could go shopping with appointments made beforehand, if they adhered to all other Corona rules, does not apply anymore. Nobody may shop at non-essential stores anymore as long as the ’emergency brake’ is in place.

On top of it all, Munich’s zoo, the city’s botanical garden, its museums, galleries, castles, memorials and cultural establishments needed to close. As long as the status does not change again, most school grades will be taught online. Kindergartens are back in emergency mode.

The complicated part is that the ’emergency brake’ might be released again very soon, in spite of the fact that the infection numbers might actually be increasing. What this means is that the ’emergency brake’ rule follows the infection numbers that are available, in spite of the fact that not all infections might be registered or reported during the ongoing holiday. After Easter, the numbers might turn out to be very different. But, in Munich, rules are rules.

A few hundred miles further north, in Berlin, the ’emergency brake’ rule has partially been ignored since the Incidence started exceeding 100 again. For instance., non-essential shops are still open to persons who have a negative Corona test. But Berlin did put in place a nightly ‘semi curfew’. Between 9:00 p.m. and 5:00 a.m., people may be outdoors alone or in pairs only. This rule is supposed to get rid of the problems posed by illegal parties at the city’s parks at night. The contact restrictions are the same ones that apply in Munich now that the ’emergency brake’ was pulled.

Munich does have the same party problem Berlin has been confronted with since the Corona pandemic began some 14 months ago. On Thursday, about 400 people celebrated at Gärtnerplatz, with alcohol and loud music. The Munich Police Department ended the party.

We have a request: The Berlin Spectator has been online for 27 months. We deliver the most relevant news from Germany along with features about Berlin, culture, people, tourist magnets and other subjects, and we garnish the whole thing with entertainment and other extras. Thank you to the thousands of readers we have every day!
But we also need support. In order to make ends meet, we require a minimum of 66 Euro per day. In March of 2021, we got 202,50 Euro in total, or 6 Euro per day, meaning we need about eleven times as much as we are getting. Would you consider supporting The Berlin Spectator? You can do so directly via Paypal or you can go to our Donation Page first. Thank you so much.