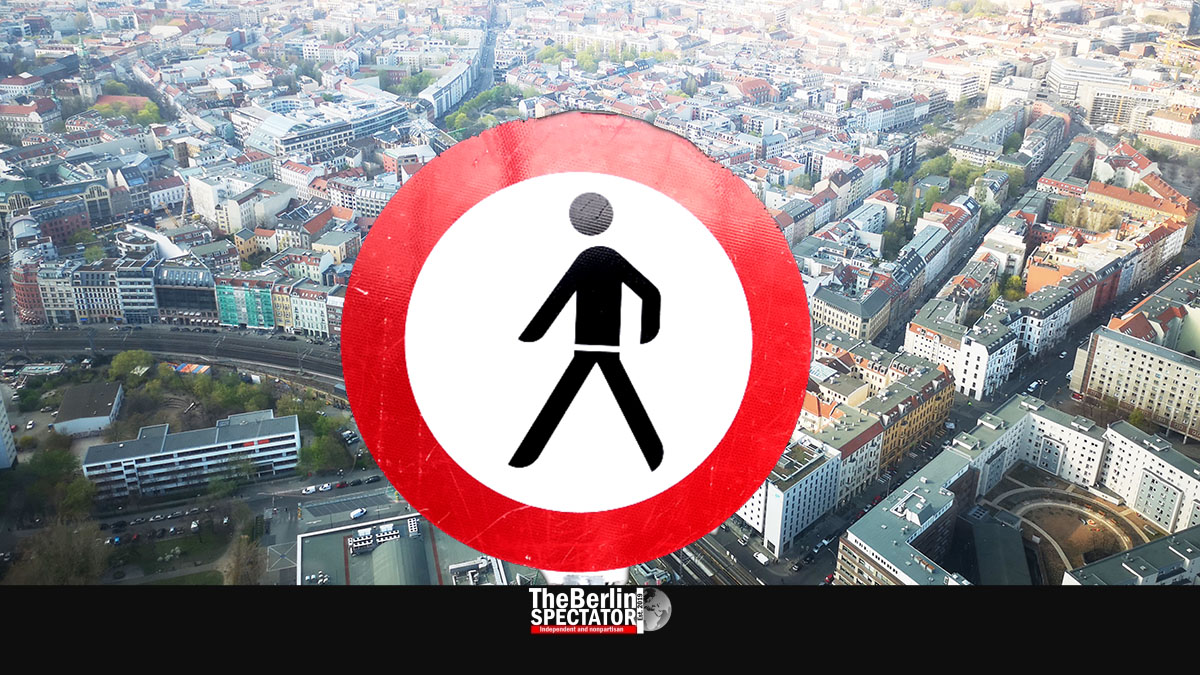 While leading experts are demanding a strict lockdown that could break the third Coronavirus wave, the republic’s First Ministers keep on discussing it. The only thing missing is action.

Berlin, April 7th, 2021 (The Berlin Spectator) — More than a year into the Corona crisis, on Holy Thursday, Armin Laschet, the First Minister of North Rhine-Westphalia, said he wanted to use the Easter holiday to think about the right approach in the pandemic. On Easter Monday, he announced the result of all the thinking. A “hard lockdown” was necessary. His idea is splendid, except many others had demanded the same thing for weeks, while Laschet refrained from implementing the lockdown he now wants, when the infection numbers in his federal state started increasing substantially.

Since he completed his thinking process, Laschet has been mocked all over the Internet and the German media. All the mockery is neither helping him on his way to the Chancellery, nor does it strengthen his position as the new chairman of Chancellor Angela Merkel’s conservative CDU. On top of it all, nothing is changing. While it took Laschet a while to finally agree with Angela Merkel, others are not there yet. For instance, the Saarland’s First Minister Tobias Hans is still following a reopening strategy, in the middle of the third Corona wave.

The other conservative contender for the Chancellery, Bavaria’s First Minister Markus Söder, commented on Laschet’s ‘new’ idea of a “bridge lockdown” by saying he had always supported this approach. “I welcome each person that joins us”, Söder said on the ‘Markus Lanz’ talk show on ZDF TV. That way, those who supported a cautious Corona policy were strengthened, he stated. Söder said it was important to get out of the “eternal loop”, by going for a “consistent management” in the fight against the Corona pandemic.

Leading experts are demanding an end to the discussion and an implementation of effective and uniform measures. One of them is Frank-Ulrich Montgomery, the President of the World Medical Association. In an interview with the TV channels n-tv and RTL, he said without lockdowns and other measures, the Corona pandemic would sweep across Germany in an unrestrained way right now. Many more deaths would occur. Montgomery suggested some politicians needed to “think a little more”. Of course he was referring to Armin Laschet.

Germany’s Health Minister Jens Spahn demanded a uniform approach against Corona “in all 16 federal states”. By doing so, he indirectly criticized Tobias Hans and other First Ministers who are not implementing the decisions that were taken at the last Corona conference with Chancellor Merkel. Spahn stressed the Seven Day Incidence should not exceed 100. Whenever it did, “very strong reactions” were necessary, he told the ARD TV and radio network. He also made clear he favored additional contact restrictions. Vaccinations and Corona tests alone could not break the third wave.

While the endless discussion about a stricter lockdown continues, the one about how to proceed with vaccinated persons is in full swing too. In Berlin, Justice Minister Christine Lambrecht told the ‘Bild’ tabloid, persons who had been vaccinated against Corona and those with negative Corona tests needed to be treated as equal. A rule of this kind could play a big role in future reopening steps, the Minister said.

In the meantime, two of Berlin’s vaccination centers were closed temporarily on Tuesday, due to what was described as “a technical glitch” that prevented a big vaccine delivery from arriving on time.