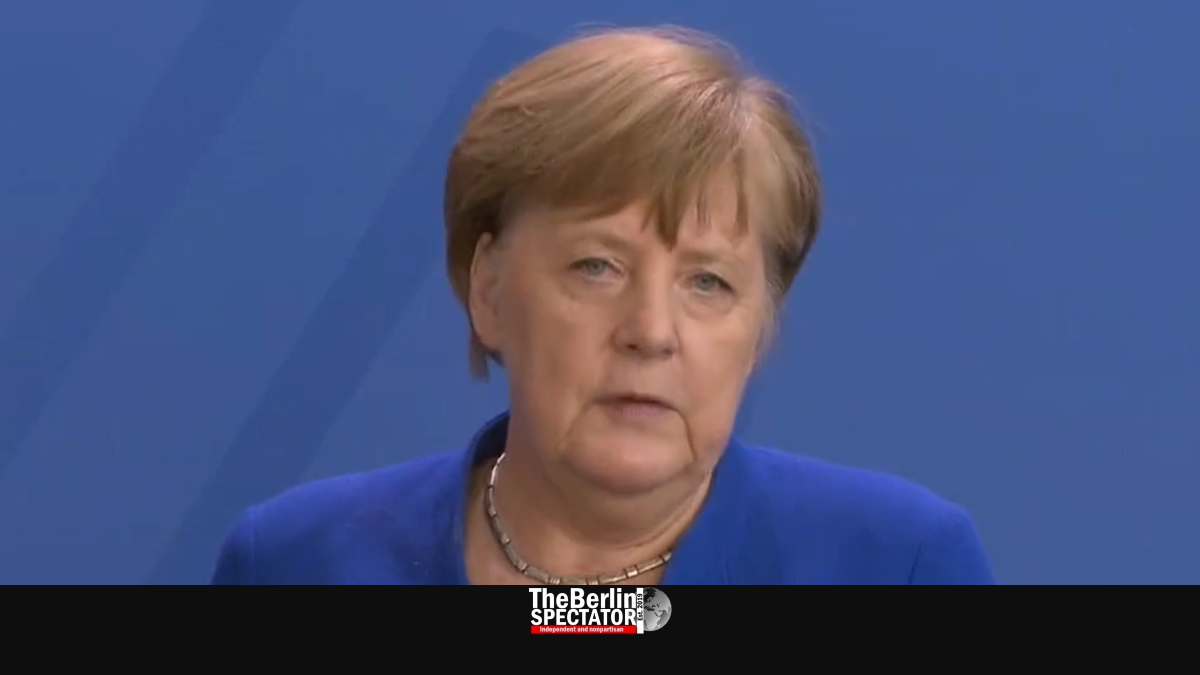 In the Federal Republic of Germany it is federalism that grants the federal states the right to decide about big questions on their own. According to the ‘Bild’ tabloid, Chancellor Angela Merkel now wants to change the Infection Protection Act in order to curb their decision power in regard to Corona policies.

Berlin, April 8th, 2021 (The Berlin Spectator) — Chancellor Angela Merkel has a problem. She insists on the implementation of decisions that were taken during the last Corona conference she held with the First Ministers from Germany’s sixteen federal states. This is mainly about the ’emergency brake’, a rule which says counties with Incidences that exceed 100 need to go back to the old, stricter lockdown which Germany was in until early March. Mrs. Merkel is convinced this is the only way to curb the third Corona wave.

The issue is that some First Ministers do not follow the decision which they were part of themselves. In spite of alarming numbers, they reopen businesses and try to get back to some kind of normality which the Corona situation does not really warrant. Angela Merkel trusts the leading scientists who advise her, while some of her colleagues do not seem to care much. According to ‘Bild’, Merkel, who is a scientist herself and who is known for looking into numbers and statistics a lot, is now trying to change the Infection Protection Act. Her goal is to be able to force counties anywhere in Germany to tighten their Corona rules when their infection numbers become critical.

‘Bild’ reports, members of the Bundestag fraction of the Chancellor’s conservative party CDU were already working on an initiative with one objective, namely giving the federal government the right to enact ordinances that force federal states or counties to implement anti-Corona measures. ‘Bild’ quotes Norbert Röttgen, a prominent member of the CDU’s executive committee, who says this was not about weakening the federal states, but to make sure the federal government could act at all.

Some ten days ago, in a TV interview, Angela Merkel had mentioned a change to the Infection Protection Act as one way to make sure Germany would follow uniform rules in the fight against Corona. Back then, she criticized some First Ministers, including some of her own party colleagues, for not playing ball. Neither Armin Laschet nor Tobias Hans were following the ’emergency brake’ decision they had been part of themselves. Laschet has since done “some thinking”. The outcome of his effort was that a strict lockdown was needed. This is exactly what Mrs. Merkel, Markus Söder from Bavaria, Winfried Kretschmann from Baden-Württemberg and others had called for all along.

In the meantime, the number of new Corona infections is rising substantially yet again. During and after Easter, it had decreased, because most doctor’s offices were closed, people with light Corona symptoms may not have seen doctors and some local health authorities refrained from reporting their Corona cases. For The first time since April 2nd, the number of new Coronavirus infections that were reported within the past 24 hours exceeds 20,000 again. The number of related deaths rose as well.

In Berlin alone, far more than 3,000 people have died of Corona in the past 14 months. Since looking at numbers only may not really make people see the tragedy of every single case, Berlin’s ‘Tagesspiegel’ daily is now commemorating the victims on a dedicated page (in German), by providing photos of some of them, along with their stories. The commemoration page reminds people of the fact that each Corona victim is one too many. It also shows that younger people are among the victims as well.