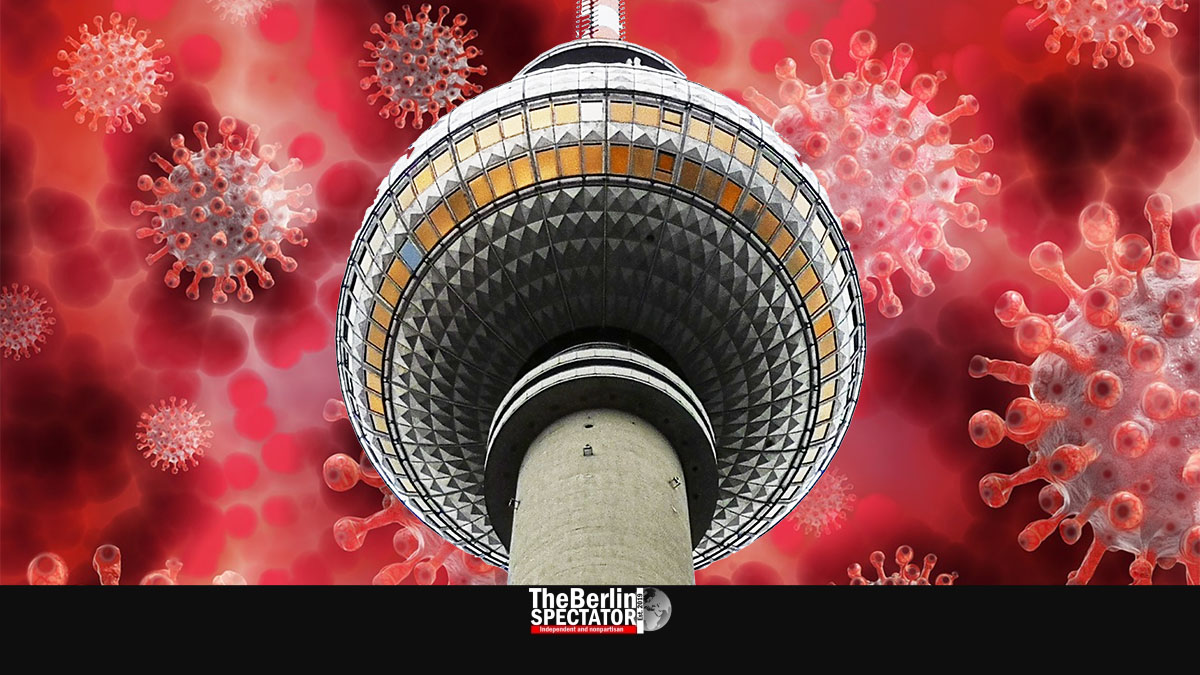 In Germany, the government is preparing an amendment of the Infection Protection Act. The “emergency brake”, which is supposed to be put in place in counties with high Incidences, might turn out to be stricter than the original adoption.

Berlin, April 10th, 2021 (The Berlin Spectator) — While the third Coronavirus wave was already increasing the number of infections in Germany a few weeks ago, Chancellor Angela Merkel and her colleagues from the federal states took a decision. On March 23rd, in the early morning hours, she announced the new rules. Those included an “emergency brake” for counties with Incidence Numbers above 100. Then, an issue arose.

Hardly any federal states actually followed their own decisions. States like Berlin and Bavaria implemented the “emergency brake” in part only. The Saarland reopened everything, including cinemas, in spite of rising Corona infection numbers. Angela Merkel was disappointed and angry. In a television interview, she threatened the states by saying she would look into amending the Infection Protection Act. Her goal was to get more control over what is going on in the federal states in pandemics like this one.

After weeks of arguments, the federal states now seem to be ready to agree to a nationwide “emergency brake” which is supposed to apply in counties in which the Seven Day Incidence Number exceeds 100. The difference between then and now: This time, the “emergency brake” will be more than a lip service. It is supposed to be part of the Infection Protection Act, meaning nobody will be able to ignore it. Besides, the rule could become stricter than the original “brake”.

According to the ‘Welt’ daily, a draft for §28b includes a strict curfew between 9:00 p.m. and 5:00 a.m.. Only some exceptions will apply if Mrs. Merkel gets her way. The contact restrictions in the draft that is being discussed go further than anything Germany has seen before: Members of a household may meet with up to one person from another household per day. The “per day” part is new. Also, the number of people involved is limited to up to five. Children up to 14 years of age will not count.

The draft also says in-person learning at schools will only be allowed if everyone involved was tested for Corona up to three days before. In Incidences above 200, everyone will be taught online. Above 100, everything closes, including non-essential shops. Sports activities which involve more than one person are forbidden. In less alarming situations, when the Incidence drops below 100, the federal states are supposed to decide about the Corona rules themselves. On Tuesday, Angela Merkel’s cabinet is supposed to approve the draft. The amendment could pass the Bundestag, with the majority the three coalition parties CDU, CSU and SPD have, before the next week is over.

Leading virologists and other experts have demanded swift action for weeks. Professor Lothar Wieler, who heads the Robert Koch Institute, said lives were lost for each day that passed without action. He believes there needs to be a strict, nationwide lockdown for two to four weeks. Recently, the result of a poll proved that a majority of Germans supports stricter Corona rules.