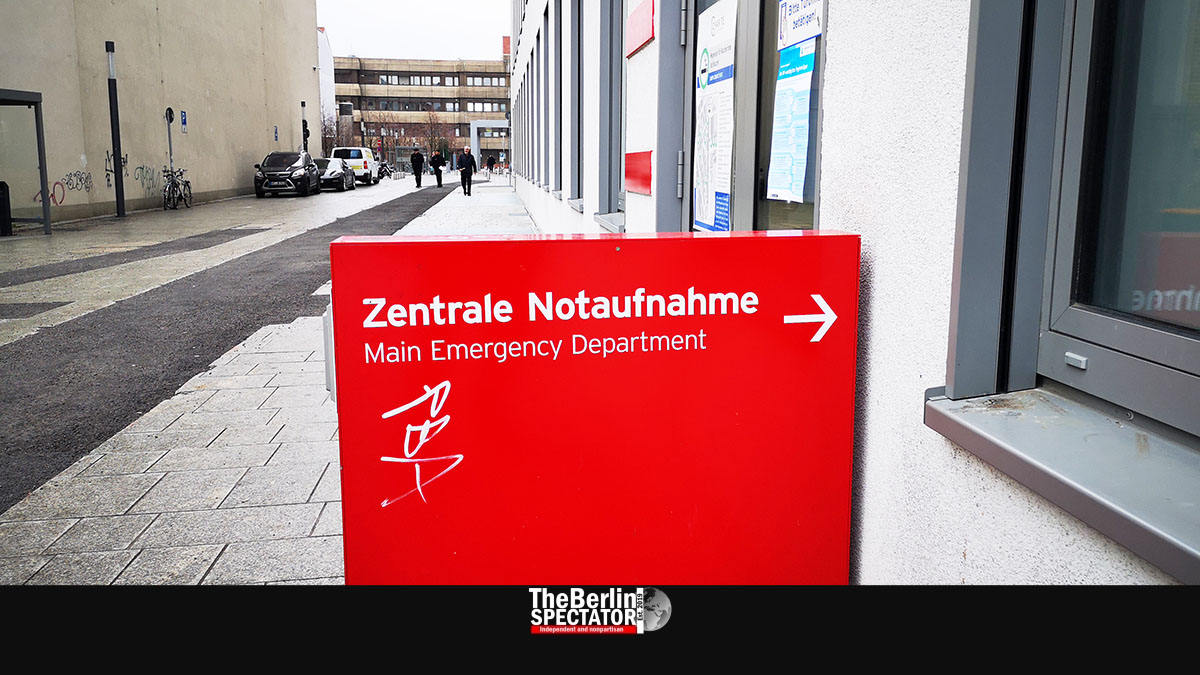 Professor Christian Karagiannidis of the organization ‘Divi Intensivregister’ is sounding the alarm. He says the occupancy rate in intensive care units at Germany’s hospitals is now higher than it has ever been before in this crisis. Karagiannidis demands immediate action.

Berlin, April 11th, 2021 (The Berlin Spectator) — In Germany, the organization ‘Divi Intensivregister’ tracks the situation at the country’s ICUs, including the number of occupied and free beds. Its President Christian Karagiannidis just demanded action. He said the occupancy rate at the ICUs at hospitals all over Germany had just reached a record level. At the same time, there were not enough hospital staff members. “Even if a stricht lockdown was put in place, the numbers would continue increasing for 10 to 14 days”, Karagiannidis said.

The numbers the Robert Koch Institute keeps on releasing show a development experts had forecast: A week after the Easter holiday, the number of new Coronavirus infection cases is on the rise. As many as 17,855 of them were registered within the past 24 hours, some 5,700 more than a week ago. Germany’s Seven Day Incidence climbed to 129.0. It has been at critical levels, above 100, since March 21st. The highest level it has had in the third wave, 135.2, was registered on March 30th. In the meantime, the total number of Corona infection cases in Germany, since the crisis began, will exceed 3 million by tomorrow. It now stands at 2,998,269.

Thirteen out of sixteen federal states have Incidence Numbers that are higher than 100. During the Easter holidays, things had looked better, also because less existing cases were reported. Out of the three states that are below 100, two, namely Lower Saxony and Rhineland-Palatinate, are about to hit the red zone if they keep on increasing. With 71.8, the north-western state of Schleswig-Holstein has the lowest Incidence. Thuringia, the nation’s Corona hotspot, exceeded 200 once again. It now stands at 218.5.

Fortunately, there is some good news as well. Germany’s vaccination campaign has been accelerating substantially since general practitioners joined the endeavor last week. On Friday alone, more than 547,000 vaccination doses were administered. A record was reached on Thursday, with more than 716,000 doses. The percentage of Germans and other residents who have at least received their first vaccine dose is 15.2 (12,670,288 persons), while 5.9 percent (4,910,308 individuals) got two doses.

The discussion about the imminent amendment to Germany’s Infection Protection Act the federal government is preparing continues. Berlin’s Governing Mayor Michael Müller does not see the need for nightly curfews, even though his own Senate went almost that far by implementing a semi-curfew which allows people to be outdoors at night alone or in pairs. “This restriction needs to be questioned critically”, Müller was quoted saying by several German-language media.