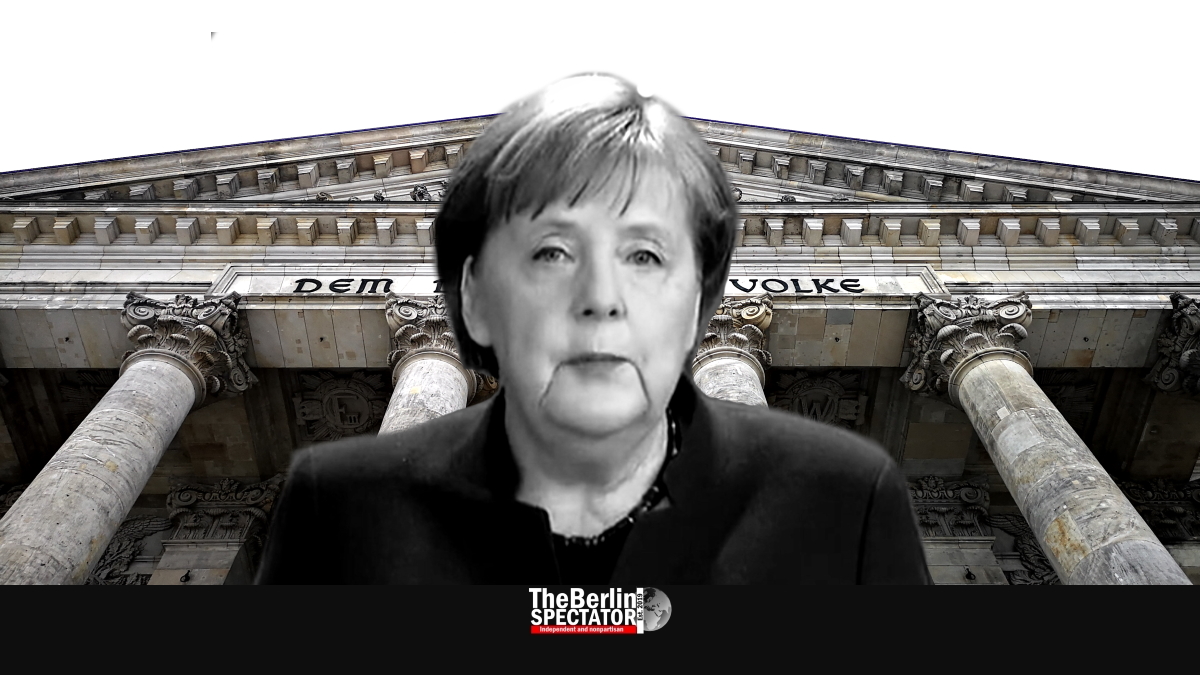 Angela Merkel has always been a proponent of careful Corona policies with tight restrictions in all three waves. Now that some First Ministers do not even follow their own decisions anymore, she wants to force them. Her cabinet will be taking a big step in this direction today.

Berlin, April 13th, 2021 (The Berlin Spectator) — Angela Merkel and her cabinet are scheduled to discuss and most likely approve the “emergency brake” today, a set of Corona rules that is supposed to be implemented in counties with Incidence Numbers that exceed 100. A very similar approach was approved by the Corona conference a few weeks ago, by Mrs. Merkel and the First Ministers. The problem is that many of the heads of government in Germany’s sixteen federal states did not implement the rule they agreed to themselves.

This led to an argument between the state chancelleries and the chancellery in Berlin. In a television interview two weeks ago, the Chancellor accused some of her own party colleagues of ignoring decisions that had been taken. Back then, some two weeks ago, Angela Merkel said she would look into changing the Infection Protection Act, in order to force the states to play ball.

A ‘section 28b’ is supposed to be added to the law. What it says is that counties with high Incidence levels, 100 or higher, need to tighten the contact restrictions, close everything down and implement nightly curfews. After the federal cabinet approves the amendment, Mrs. Merkel wants to push it through the Berlin Bundestag and the Bundesrat. The latter legislative body represents the federal states, including those which ignored the decisions they themselves approved and those which are still not willing to take Corona as seriously as the Chancellor does..

Things are even more complicated, because even some of the federal states that usually agree with Angela Merkel on Corona measures are now complaining about details. For instance, Berlin’s Governing Mayor Michael Müller wants the part about nightly curfews dropped. In his own state, he and his Senate put in place a semi-curfew. Between 9:00 p.m. and 5:00 a.m., people may be outdoors alone or in pairs. That way, Berliners are supposed to be prevented from celebrating illegal parties in parks. At the same time, they can still walk their dogs, go jogging or take a walk with their spouses, boyfriends or girlfriends at 3:00 a.m. if they insist.

Even one of the most well-behaved First Ministers, one of Merkel’s party colleagues who hardly ever complains, Daniel Günther from Schleswig-Holstein, stated in an interview with RTL television, he insisted on changes to the draft. At the same time he said he understood the federal government needed to take action to make sure there are uniform rules in all of Germany when the infection numbers rise. Indeed, uniformity is one of the important aspects of this amendment the Chancellor is working on.

Leading virologists have called for strict measures for weeks now, since the second and third waves hit Germany. The second one still consisted of the “old” Coronavirus, while the ongoing third one is even more alarming because it is being pushed by the Corona mutant known as B.1.1.7, which is more contagious and more aggressive. The infection numbers keep on rising. More and more severe COVID-19 disease progressions are being reported, more and more young individuals are affected, and the number of Corona patients at Germany’s hospitals is increasing at an alarming pace. The worst case scenario is an overburdening of the German health system.

In the meantime, the discussion about details continues. It remains to be seen whether the amendment to the Infection Protection Act can and will be approved in parliament this week.