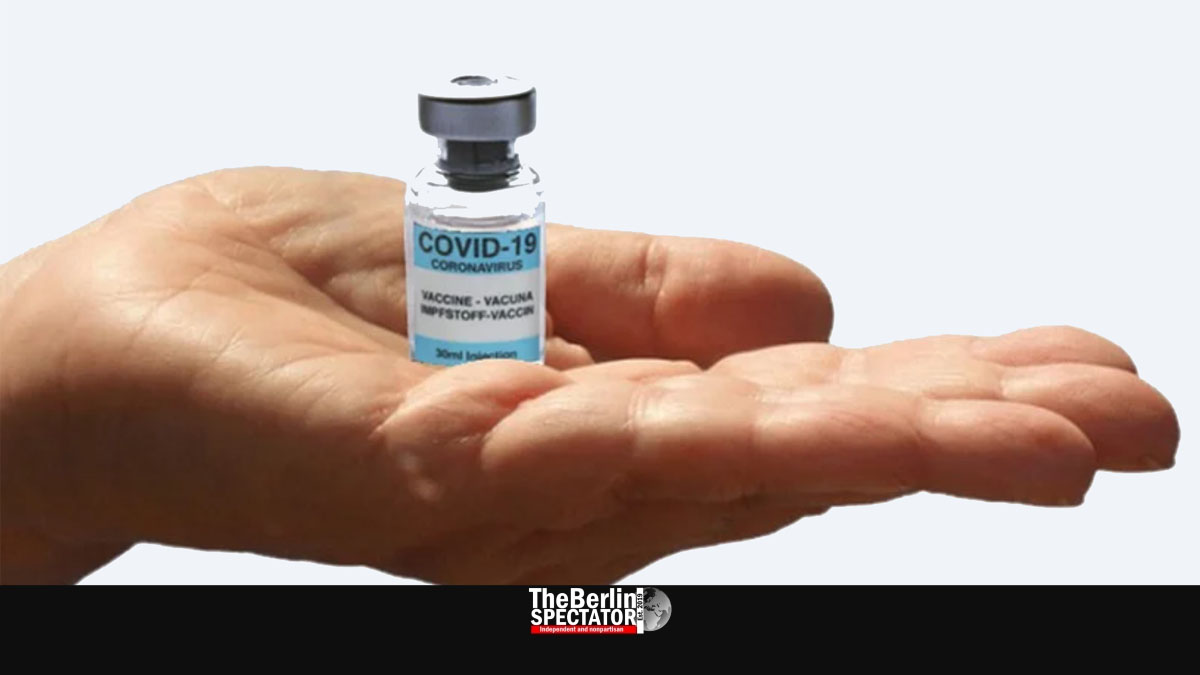 Berlin, April 15th, 2021 (The Berlin Spectator) — Because of issues with the purchase of vaccine for the European Union’s member states, delivery problems and side effects in the case of the AstraZeneca vaccine, Germany’s vaccination campaign had a bad start. Vaccination centers in several federal states had to be closed now and then since there was not enough vaccine, vaccination appointments were cancelled and postponed more than once because of the AstraZeneca drama. Now, some three and a half months into the vaccination campaign, things are changing.

Germany is not one of the slowest countries in this regards anymore. By now, the opposite is the case. With more than half a million doses per day, the country is now vaccinating at full throttle. Hardly any other country has managed to accelerate vaccination campaigns the way Germany has, but of course many are still ahead of the Federal Republic in regard to the total number of vaccinated persons. Bremen, a tiny federal state in Germany north-west, just hit a vaccination quota of 20 percent. No other state has managed to get to this kind of level so far.

The total number of Corona vaccination doses Germany has administered is 19,244,464, which means that 16.9 percent of all Germans and residents of other nationalities have been vaccinated and 6.2 percent already got the two doses that are required in the case of all vaccines available in the European Union right now. On a daily basis more than half a million vaccines are being administered in Germany, a country of 83 million people.

Good news came in from Brussels as well. Until June, the European Union will receive an additional 50 million doses of the Biontech/Pfizer vaccine. Ursula von der Leyen, the President of the E.U. Commission, stated the delivery had originally been scheduled for the fourth quarter of 2021. The total number of Biontech doses the E.U. is expecting to receive in the second quarter is 250 million. Germany will get 18.6 percent of the additional delivery, which translates into some 9 million doses on top of the ones that were going to be delivered anyway.

In the meantime, the number of new Corona infections just skyrocketed to its highest level since January 8th, 2021. According to the Robert Koch Institute, 29,426 of them were registered in the past 24 hours. The Seven Day Incidence for Germany now stands at 160.1. Angela Merkel’s ’emergency brake’ law will not kick in until it has been approved by the Bundestag and the Bundesrat. This amendment to the Infection Protection Act defines the rules for counties with Incidences higher than 100.

On Sunday, Germany will commemorate the more than 79,000 people who have died of Corona since the crisis hit Europe in early 2030. The ceremony with President Frank Walter Steinmeier and the heads of the country’s constitutional bodies will be taking place in the ‘Konzerthaus’ at Berlin’s Gendarmenmarkt Square. According to the Federal President’s Office, many of the victims died lonely deaths because of the strict Corona rules. Visiting patients at hospitals is forbidden in most cases.