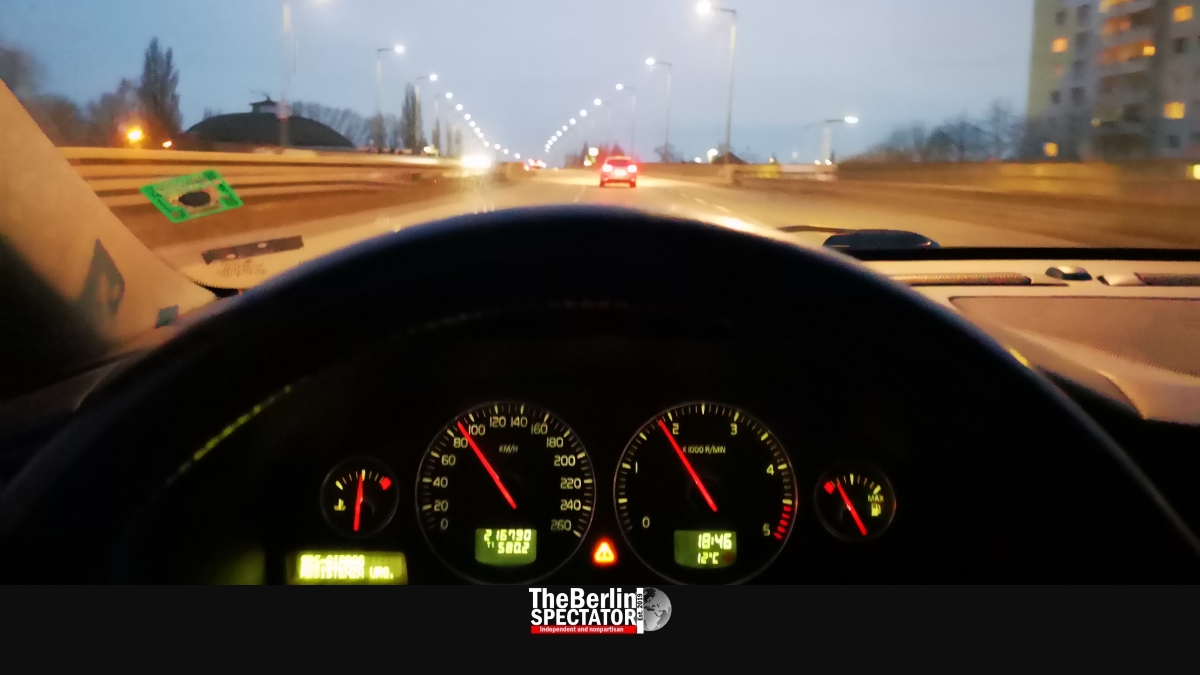 Speeding or parking in no standing zones will be a lot more expensive in Germany. After months of arguing, Transport Minister Andreas Scheuer and his colleagues from the federal states approved a compromise. Their last attempt to change the schedule of penalties had failed.

Berlin, April 17th, 2021 (The Berlin Spectator) — Speeding never was a good idea. In Germany, it will be even more expensive from now on because the fines just doubled. Motorists whose speed is 15 km/h (9 mph) above the speed limit in town will have to pay 50 Euro (60 U.S. Dollars or 43 Pounds Sterling). The old fee was half this amount. Out of town, on highways or on the Autobahn, speeding will not be cheap either, when the new schedule of fines for traffic violations kicks in. Up to now, exceeding the speed limit by 20 km/h (12 mph) was 30 Euro. Now it will be 60 Euro (72 Dollars or 52 Pounds).

The compromise the Transport Ministers agreed to was suggested by Mobility Senator Maike Schaefer from the tiny city state of Bremen. It was approved unanimously by the members of Germany’s Conference of Transport Ministers, a year after an embarrassing mishap. Nack then, the Ministers had approved a new schedule of penalties which involved temporary revocations of driver’s licenses for anyone who exceeded the speed limit by 21 km/h (13 mph). Shortly after, the new penalties were retracted.

When those new rules took effect, far too many motorists lost their licenses. Once the Transport Ministers realized what they had done and corrected their mistake, the federal states had to return countless driver’s licenses. New, higher fines that had already been paid were not returned. Only one state, Brandenburg, refunded the traffic law violators. Then, the old rules were put back in place. In the past two years, the biggest projects Germany’s Ministry of Transport was involved in failed, including the Autobahn toll.

Speeding without getting caught is hardly possible in Germany. The country’s roads, all cities and even villages are full of stationary and mobile speed traps. Racing down an empty rural road will likely lead to a big fine. The same applies to speeding in construction areas on the Autobahn or accelerating a little too much in town. But it is not all about speeding.

The fine for not forming a rescue corridor on the Autobahn in case of an accident there will now be 200 to 320 Euro (240 to 383 Dollars or 173 to 277 Pounds). Motorists who use a rescue corridor themselves, just to get ahead quicker than others, will have to pay the same high fine. The fines for parking in no parking or no standing zones more than tripled. So far, the fine of 15 Euro was a joke. Now, it is 55 Euro (66 Dollars or 48 Pounds). Motorists who endanger cyclists will have to pay much higher fines as well.

“This is a fair compromise”, Germany’s Transport Minister Andreas Scheuer stated. Now the state would get to traffic rule violators’ wallets, but not to their driver’s licenses. “The proportionality will be preserved”, Scheuer said.