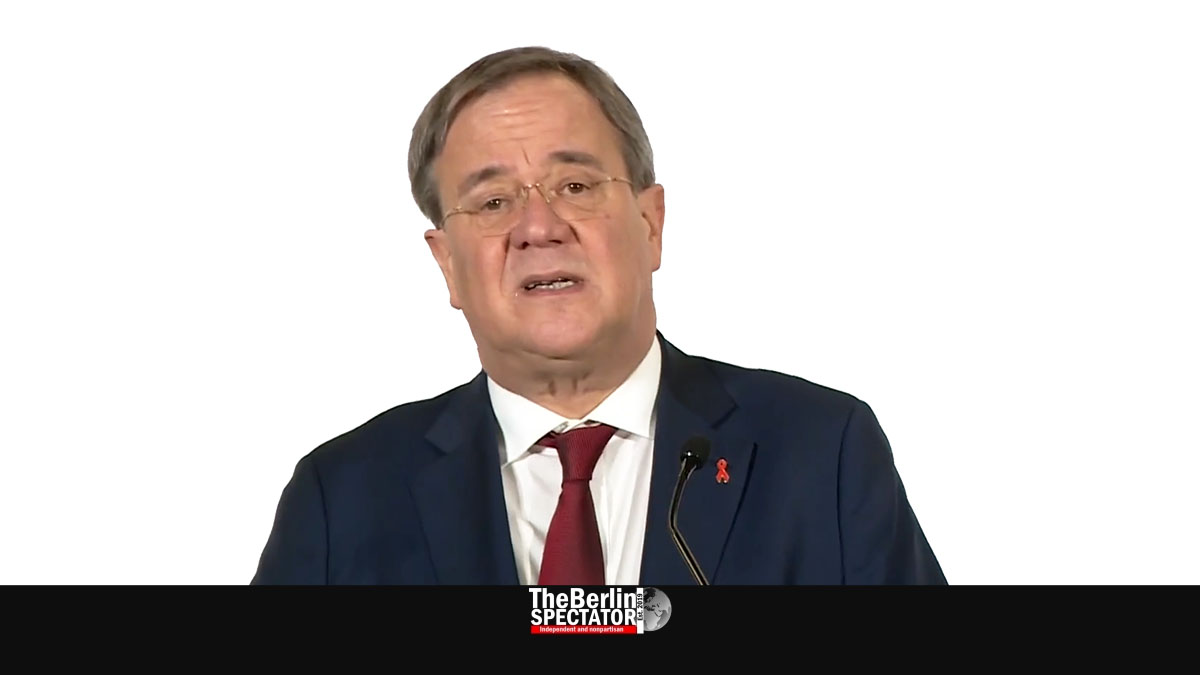 In Germany, Chancellor Angela Merkel’s conservative CDU and its Bavarian sister party CSU may — or may not — have a candidate for Chancellor. Armin Laschet, the CDU’s new chairman, scored a victory on Monday night. Will it be good enough?

Berlin, April 20th, 2021 (The Berlin Spectator) — On Monday, the CDU’s federal board discussed the big question on Friday night: Who will become candidate for Chancellor for both ‘Union’ parties? After a six-hour online meeting, Armin Laschet, the First Minister of North Rhine-Westphalia and the CDU’s chairman, insisted on a vote and won. Thirty-one participants voted for him, while nine went for Bavaria’s head of government Markus Söder, and six abstained.

Whether this really answers the big question remains to be seen. In advance, Söder had said he and the CSU would accept any “clear decision” the CDU, the bigger one of the two sister parties, takes. But is the vote clear enough, from the perspective of Markus Söder? The answer might be known later today. Apart from Söder and his colleagues in Munich, there are others who might disagree with Laschet as candidate for Chancellor, including many members of the the CDU/CSU caucus at the Berlin Bundestag, which will convene this afternoon. Besides, many party members seem to want Söder as their candidate.

Some of the CDU’s First Ministers voted against their own chairman, and for Söder, including Reiner Haseloff from Saxony-Anhalt and Tobias Hans from the Saarland. Even Germany’s Commerce Minister Peter Altmaier wants Söder to head the election campaign as candidate. But Laschet’s supporters may have won. It really depends on the Bavarians and on the ‘Union’ faction at the Bundestag.

Armin Laschet recently became the CDU’s chairman, when he won a tight race against two competitors. Had he lost yesterday’s vote, or in case he loses in spite of yesterday’s vote, he can probably forget his chairman post as well. This is what Wolfgang Schäuble, the former Federal Minister who is President of the Bundestag today, told him. In case he really becomes candidate for Chancellor, he has to deliver. And this is the problem.

According to polls, Markus Söder has far better chances to win the election for the Bundestag which takes place on September 26th, 2021. Besides, his statements and speeches are more convincing. Söder is a lot tougher than Laschet, who is known to sound a little too theatrical at times. The center-left and left-wing competition might be relieved if the ‘Union’ parties announce Laschet as candidate, because it will be easier to beat him.

After sixteen years at the Chancellery, Angela Merkel intends to quit in September, or as soon as the next government coalition stands. The latest polls give her CDU and the CSU a lead over the Greens. But the election will not only be about becoming the strongest party, but also about finding the right coalition partner(s). A center-left coalition involving the Greens, the SPD and the far-left ‘Die Linke’ is a possibility. So is a coalition with the SPD and the liberal FDP, led by the Greens. But the most likely scenario is a government headed by the conservatives, maybe with the Greens as their junior partner.