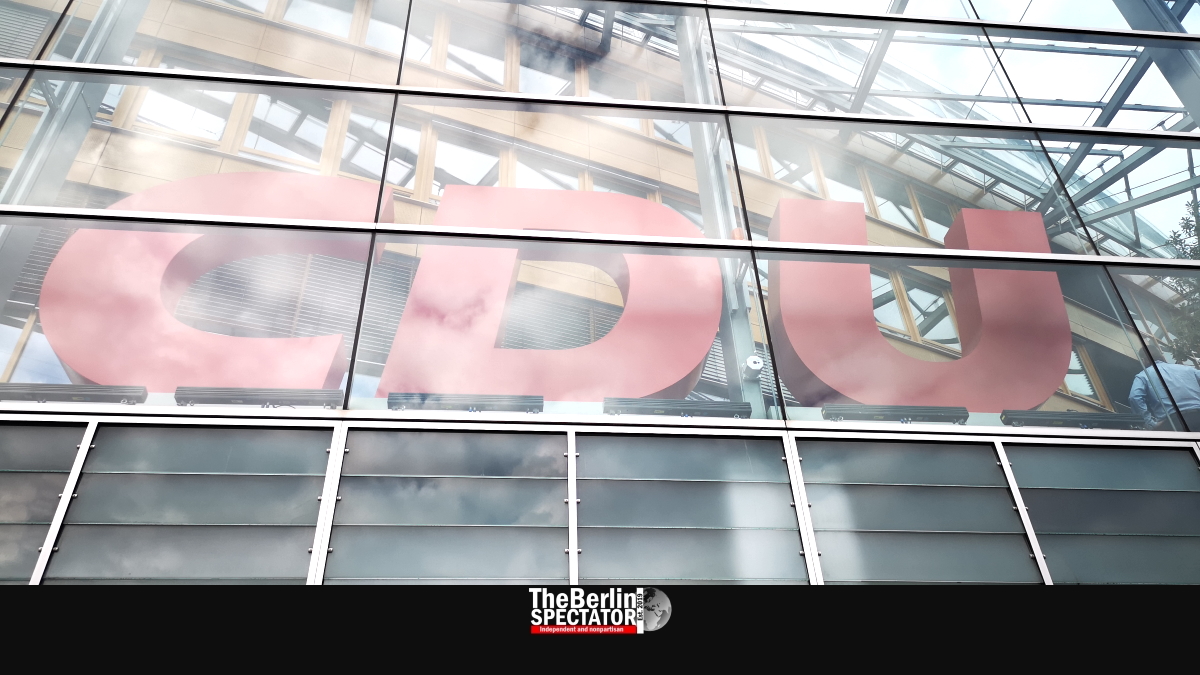 In Germany, the ‘Union’ party CDU just picked Armin Laschet as candidate for Chancellor. As a result, the conservatives slumped in the polls. The center-left Greens are now the strongest party in Germany, by far.

Berlin, April 21st, 2021 (The Berlin Spectator) — Exactly five months and five days before the Bundestag elections, the political climate in Germany has changed substantially. It took only one decision to bring the conservative parties CDU and CSU into an uncontrolled vertical dive, according to a poll conducted for the German TV channels RTL and n-tv. The pilots will have to pull up the nose of their aircraft immediately, in order to avoid a major crash on election day.

With the decision for Armin Laschet as candidate for Chancellor, CDU and CSU lost six points immediately. They now stand at 21 percent, a historic low, according to this latest RTL/ntv poll. Frustration about the government’s Corona policies and a corruption scandal had brought the conservative’s numbers down before, just a few week ago. From the perspective of Chancellor Angela Merkel’s party, the latest slump is nothing less than a catastrophe.

The Bavarian CSU had wanted its chairman, the Bavarian First Minister Markus Söder, to become candidate for Chancellor. In the much larger CDU, Söder had had many supporters too, but a majority in the party’s leadership went for Laschet, even though his numbers were weak already. Earlier polls had shown that Söder would have had a much better chance of winning the upcoming elections. Critics see a failure on the part of the CDU, and a self-inflicted giant problem.

Of course polls change all the time. But the kind of free fall the ‘Union’ is in now could hardly be more obvious. The decision for Laschet might take the Green candidate Annalena Baerbock into the chancellery. Unless the polls change a lot again in the next five months, CDU and CSU might end up as her junior partner in what the Germans would call a “green-black coalition”, or she might head a more complicated three-way coalition with the center-left SPD and the far-left ‘Die Linke’. Yet another option is a ‘traffic light coalition’ with the center-right FDP and the SPD.

The chances for a federal government without the conservatives just increased. Whatever individuals might think about these options, the Greens would change the Federal Republic if they ended up ruling it, even more so as the senior partner of any coalition. With the 28 percent of support they now have, the Greens have a good reason to celebrate. The SPD, which used to be a big tent party, just decreased to 13 percent. They are only 1 percent ahead of the pro-business party FDP. The extremist right-wing AfD stands at 11 percent, while the ‘Die Linke’ can count on 7 percent.

Something will have to happen in the two conservative parties, especially in the CDU. If Armin Laschet and his people do not manage to change the alarming downward trend quickly, his party might have to look into revising its decision to support him as candidate.