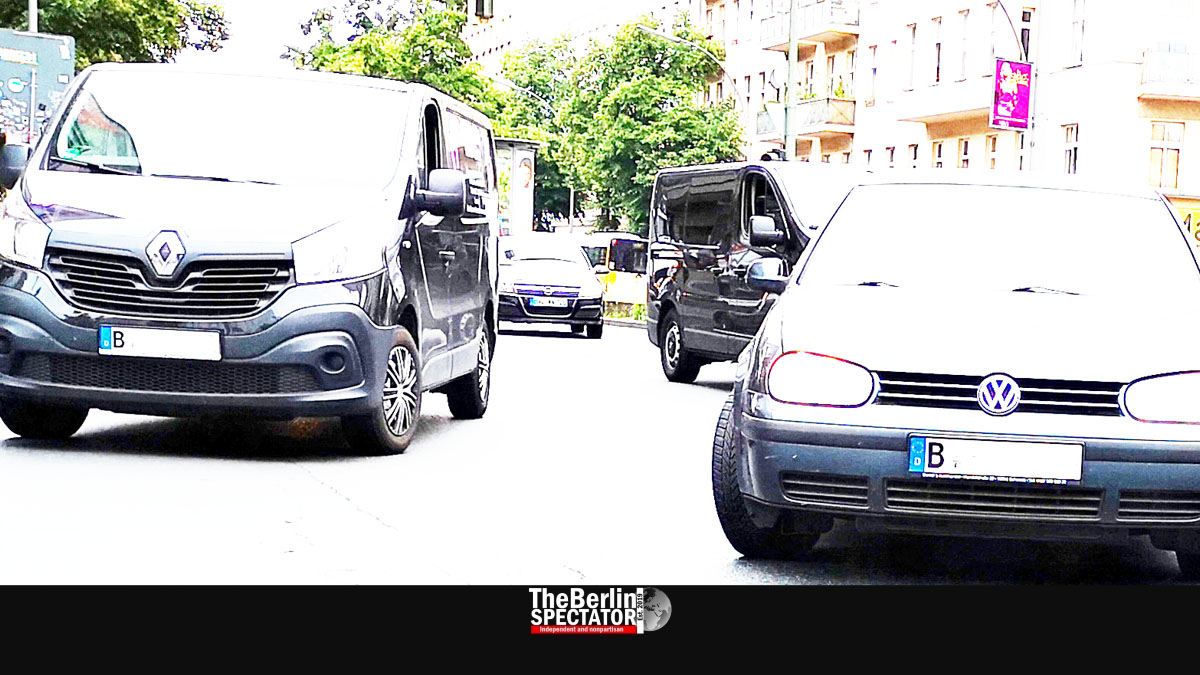 ‘Referendum Car-Free Berlin’ is both the name and the goal of a group in the German capital. By 2027, it wants to ban most cars from Berlin’s city center. Starting on Sunday, signatures will be collected.

Berlin, April 22nd, 2021 (The Berlin Spectator) — On Sunday, the organization Referendum Car-Free Berlin intends to start fighting for the goal its name suggests. Getting rid of most cars in most of Berlin is not an easy mission, meaning the project will run into a whole lot of criticism and headwind. On the other hand, it might have a chance for success. Especially in Berlin, the Greens are strong. Many of them share this vision of a car-free city. The same applies to NGOs devoted to cycling and getting rid of vehicles propelled by combustion engines.

The first step the group intends to take is the collection of 20,000 application for the initiation of the referendum they want. This Sunday at 3:00 p.m., part of Leipziger Strasse will be closed to cars. This is where the collection is supposed to commence. Getting 20,000 signatures against cars in the city should be relatively easy in Berlin.

There is one thing Referendum Car-Free Berlin intends to avoid, namely the kind of embarrassing mishap Berlin’s ‘Rent Cap’ ended up in. The measure, which was supposed to freeze rents for five years, was sacked by Germany’s Federal Constitutional Court the other day. Getting rid of most cars in Berlin is supposed to stick. That is why the movement is trying to avoid messing with aspects of the law the Federal Republic of Germany is responsible for. Any laws they intend to deal with are supposed to be connected to the city state of Berlin’s jurisdiction only. The group does not want the whole thing to backfire.

“Our goal is to make Berlin more livable, with clear air, more greenery, less noise and safe streets for all”, it says on a social media page Referendum Car-Free Berlin is using to gather more supporters. “It is up to you. Let’s meet at Leipziger Strasse and dream of a car-free city.” People were told to bring “street games, musical instruments, picnics and friends”.

Berlin’s low-emission zone, the area within the ‘S-Bahn’ train ring in which old Diesel engines with high particulate matter emissions are already banned, is supposed to become “the largest ‘car-reduced’ area in the world”. The latter sounds a lot more positive than “largest driving ban area in the solar system”. Referendum Car-Free Berlin wants less emissions in the breathing air, less accidents and more space for pedestrians and cyclists.

The Berlin Senate, which includes the center-left SPD, the far-left ‘Die Linke’ and the center-left Greens, is already working on a “traffic transition” the goals of which are similar, but far less radical. Some environmentalists and NGOs have criticized the government of Governing Mayor Michael Müller for not acting quickly or persistently enough in this regard. So far, the Senate and Berlin’s districts have installed new, safer bike lanes in some streets. Plans for “bicycle highways” are being worked on, parking in the city center has become more expensive and some more space for cyclists and pedestrians has been created.

Referendum Car-Free Berlin wants to go a lot further. The organization’s objective is to reduce the number of cars in the center of Berlin by 80 percent by the end of the decade. If they are successful, driving on the streets of Berlin would require a special permission. From 2027, residents are supposed to be allowed to take twelve trips by car per year. Later, that number is supposed to be reduced to six. Disabled or sick persons would be exempt. So would commuters who cannot reach their work place by public transport easily enough.

Germany: ‘Emergency Brake’ to Kick in on Saturday