Corona Rules in Germany: Berlin and Bavaria Take their Own Approaches 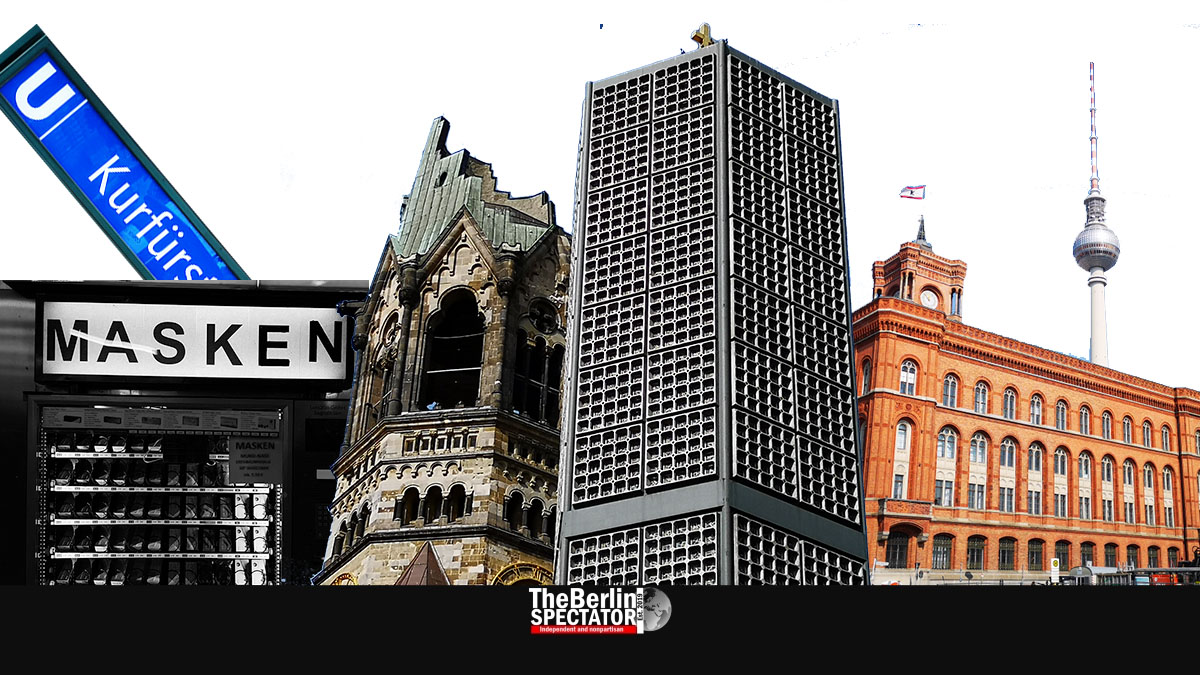 Germany’s new ’emergency brake’ law is supposed to apply all over the country. But parts of it do not. The city state of Berlin has different contact restrictions. Both Berlin and Bavaria give vaccinated persons more rights.

Berlin, April 28th, 2021 (The Berlin Spectator) — In the city state of Berlin, the Senate convened on Tuesday. Its intention was to “bring in line” the national ’emergency brake’ law and Berlin’s own Corona rules, as Health Senator Dilek Kalayci put it. Shortly after Germany’s Infection Protection Act was amended, in order to force federal states to follow certain rules, the latter are being interpreted and changed already.

Berlin’s Corona alarm system is different. A year ago, the Senate put in place a ‘traffic light’ it intends to stick to. The federal government’s policies and the new law are mostly connected to the Seven Day Incidence Number which shows how many persons per 100,000 inhabitants have been infected in the past week. On the other hand, Berlin’s system also takes into account the Reproduction Number and the percentage of occupied ICU beds.

But the city state of Berlin does not only monitor the Corona situation using additional data, it also also changed the ’emergency brake’ rules directly, even though it is not supposed to, since those are national and binding ones. The most notable example is the way Berlin handles the contact restrictions. The law says people from one household may meet up to one person who lives at another location, no matter whether the gathering takes place outdoors or indoors. But the Berlin Senate lets Berliners meet in groups of up to five people from up to two households. There is quite a difference. Children up to 14 years of age do not count.

According to the law which is supposed to apply to all cities and counties in Germany with Incidences higher than 100, up to 30 persons may take part in funerals. In Berlin, the maximum number is 20, meaning the Berlin rule is stricter. At least the Senate did apply the new nightly curfews between 10:00 p.m. and 5:00 a.m. without change. The German capital used to have a semi-curfew. People used to be allowed to be out on the streets 24/7 as long as they were alone. Not anymore.

Berlin is stricter than the rest of Germany in another context as well: Up to 50 percent of the employees of any company may be at the office at the same time. The others are supposed to work from home, wherever and whenever possible. According to the national rules, companies that do not send people to their home offices simply have to justify their approach. Berlin’s rules for schools slightly deviate from the national ones as well.

Schnitzel for the Vaccinated

One of the big subjects Germany has been discussing for months is the question whether persons who have been vaccinated against COVID-19 should have more rights than others. This question is more complicated than it might look at first glance, also because tens of millions of Germans, mostly the younger ones, are waiting for the more vulnerable, mostly older citizens to get their shots first, and rightly so. But should those who are still waiting to finally have the right to get vaccinated watch others enjoy their Schnitzel at restaurants opened to vaccinated individuals only? Would this be ethically acceptable?

While the federal government is working on an ordinance on the matter, the federal states are allowed to come up with their own policies in this regard. In Berlin, vaccinated persons, those who got both shots required, and former Corona patients who are cured now, do not need negative Corona tests anymore when they want to enter shops or go to the hairdresser. In the case of those former patients, their Corona illness needs to have ended between 28 days and six months prior, meaning those who had Corona a year ago do not have those rights. In order to prove they had COVID-19, they need to show their old PCR test results which show when they had Corona and when they were cured.

In Bavaria, vaccinated individuals have exactly the same rights as persons with negative Corona tests, meaning they do not need tests in order to go to the hairdresser. This applies starting today. But, in both Berlin and Bavaria, vaccinated people do not get extra rights. There are no restaurants or swimming pools that open exclusively for them. Also, dumping quarantines for vaccinated travelers who return to Germany is not part of the list of rules, at least not yet.

Bavaria’s First Minister Markus Söder stated in Munich, persons who had been vaccinated twice and did not pose any risk to others had to get their basic rights back as soon as possible. In mid-May, the Bavarian government intends to dump the prioritization in the ongoing vaccination campaign, meaning everyone will be able to get vaccinated.

Other federal states decided to put in place some of their own rules too. For instance, Vaccinated travelers who arrive in Brandenburg from Poland do not have to go into quarantine anymore.