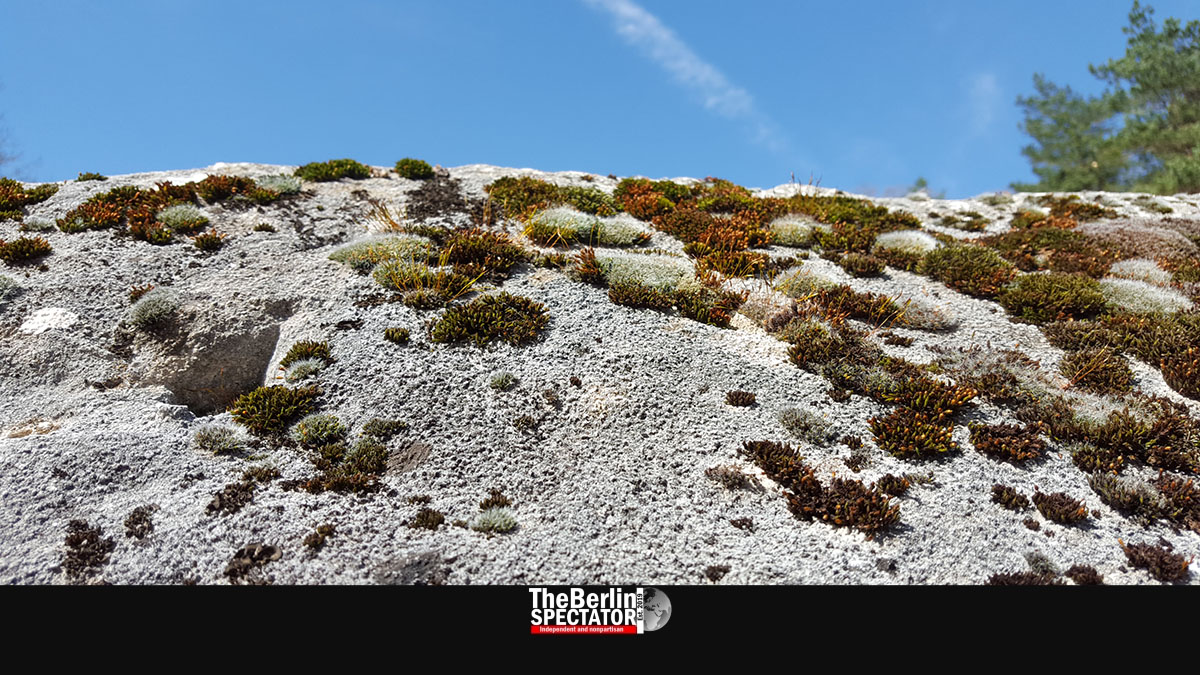 Just a few miles from the Turkish border, in Bulgaria’s Strandzha region, there is a lot to see, including necropolises built 4,000 years ago, an unspoiled nature and cute villages. The town of Malko Tarnovo is Europe’s last outpost.

Berlin, April 28th, 2021 (The Berlin Spectator) — This trip to Strandzha commences in Burgas, at Bulgaria’s Black Sea coast, in pre-Corona times. From here, it takes an hour to get right into this natural reserve, which offers hundreds of animal species, exotic plants and countless historic sites. Strandzha is very special in many ways. First of all, this is one of the few regions which was not frozen during the latest ice age. Secondly, it was already inhabited more than 4,000 years ago.

A shepherd, who is guarding his rather large herd at the northern end of the region, says he has been doing this for fourteen years, without interruption. “There are no holidays for shepherds”. He does get some help from his wife and one of his sons. The other son lives in France. Once, the shepherd had cows, pigs and chickens. Then he had a dream “in which God was telling me I would be a shepherd”. That settled it for him.

Four dogs are helping him to keep his 320 sheep together. According to him, there are no bears in Strandzha, but wolves. He does need anti-serum against snake bites too. Every single sheep needs to be protected against all dangers.

Located right next to the giant pasture the sheep are grazing on, the E87 highway is the only major road in Strandzha. It runs all the way to the Bulgarian-Turkish border, where the European Union ends. The last civilization outpost on the Bulgarian side is Malko Tarnovo. This small town has three restaurants, a beautiful church, a few little shops and a gas station.

Tourists love to come here, in order to check out the beautiful, historic architecture. In the town center, there are nice looking wooden houses, built the way they did hundreds of years ago. Bagpipe sounds are audible outside the small museum located here. The use of this weird instrument is something Scotland and Bulgaria have in common.

Most tourists in Malko Tarnovo are Bulgarians who love hiking in the Strandzha Mountains. They know what to expect out here. But, considering its beauty and its exoticism level, tourists from all over the continent should come here. On the other hand it is a good thing they are not coming because they would be killing the quietude and general atmosphere.

A stork has built a stable looking nest on a high post located in the poorest part of town. The bird is following the activities of those strange humans below, who are taking pictures from all angles. Some 10 kilometers further west, the village of Braslyan welcomes visitors from Sofia and Plovdiv in wooden guest houses. People who arrive at this spot, in order to spend the Christian-Orthodox Easter days hiking, mostly bring their own food, good hiking boots and other utensils needed up here in the hills.

In the village, which is usually inhabited by 26 people, cows, horses, peacocks, cocks and hens walk around freely. Why shouldn’t they have the same rights as everyone else? During the summer season, a bus full of beach tourists comes to Brashlyan every day. The stop in this village is part of a day trip program offered by one of the tour operators active at the Black Sea. It is and offer for vacationers who are sick and tired of all the sand and the salty water.

A little store with a sign saying “Shop магазин Le Magasin Geschäft” offers Coca Cola, potato chips, bread, chewing gum and even some art. When the owner is not at the store, she can be called by phone. From here, the Turkish border is 4 kilometers away. During the refugee crisis, thousands of asylum seekers crossed into Bulgaria in this region, in order to bypass the actual “Balkan Route” located further west.

Strandzha hit the news back then in a very negative way, when xenophobic gangs, self-proclaimed ‘refugee hunters’ roamed the hills. According to NGOs, including ‘ProAsyl’ in Germany and the Bulgarian Helsinki Committee in Sofia, migrants were robbed, beaten and abused by border police officers. Some refugees froze to death up here, while trying to cross the green border in winter. Yes, these terrible stories are now part of Strandzha too. At this stage, there are hardly any migrants here.

Strandzha is full of ancient tombs and necropolises. Dimitar Tonin, a former lawyer who became a publisher and author many years ago, has explored every inch of Strandzha. He knows every grass stalk and rabbit down here. Recently, he released his book “Mystic Strandzha”, in Bulgarian, with hundreds of historic facts photos.

“Strandzha is a very special place”, Tonin says. And he is right. “There are many very interesting objects which are more than 4,000 years old”. He is talking about tombs scattered all over the place in the Strandzha Mountains. There is some archaeological sensation every few hundred meters. Indeed, Strandzha is an excellent spot for exploring and hiking. Good boots, plenty of water and food, and one of those black boxes saying “Nikon” or “Canon” should definitely be brought along.

Do you like what you see and read? If yes: Would you consider supporting The Berlin Spectator? You can do so directly via Paypal or you can go to our Donation Page first. Thank you so much.

Corona Rules in Germany: Berlin and Bavaria Take their Own Approaches