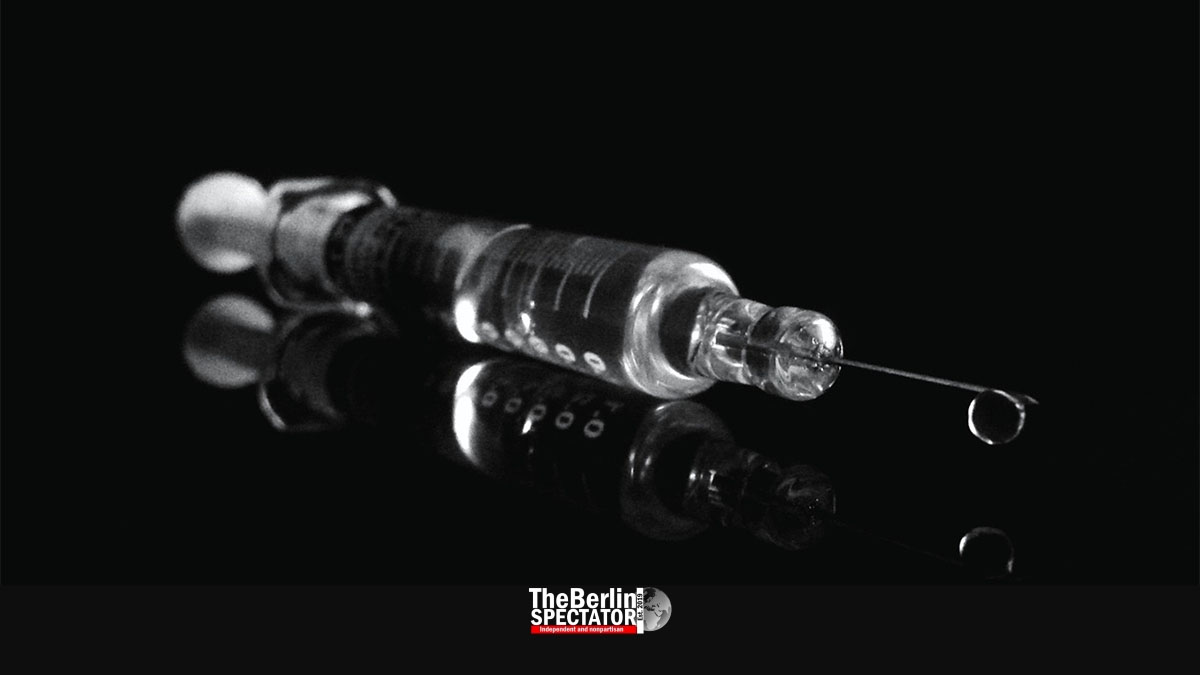 Just like the vaccination campaigns in other European Union member states, the one in Germany had a slow start. By now, it has led to considerable success. So far, 25 percent of all Germans, and residents of other nationalities, got their first shot.

Berlin, April 29th, 2021 (The Berlin Spectator) — In Germany, 24.7 percent of all inhabitants have been vaccinated against Corona at least once, the Robert Koch Institute in Berlin says. But since the data released early this morning do not include yesterday’s numbers yet, it is safe to say that one in four people got their first of two required shots. The total number of shots administered until Tuesday is 26,634,961. More than 718,000 shots were administered on Tuesday alone.

Half a Million per Day

The percentage of people who have gotten both required shots stands at 7.4 percent. Here, the growth is not really satisfactory. This percentage rises by 0.1 percent per day, at this stage. In the coming weeks, when company doctors start vaccinating their patients, and once the prioritization falls, it will likely increase at a higher pace. All in all, more than 20 million in Germany have been vaccinated against COVID-19, with either the first or both shots.

The average number of vaccinations per day in Germany, including Saturdays and Sundays, is about 516,000. According to the Robert Koch Institute this means that, statistically, six persons are being vaccinated per second. Of course, the speed at which the vaccine is being administered is necessary, also because the number of new infections per day is still high. In the past 24 hours, 24,736 new Coronavirus cases have been reported, while 246 Corona patients died.

The overall situation has improved only slightly. In the past days, Germany’s Seven Day Incidence decreased a little. Two out of sixteen federal states, Hamburg and Schleswig-Holstein, are now below 100. Two other states, Saxony and Thuringia, are still above 200. In 83 of Germany’s 412 counties, the incidence is below 100, which means that the ’emergency brake’ rules apply in 329 counties and city states.

In Germany, the so-called ‘British Corona variant’, also known as B.1.1.7, is dominant. The share the South African and Brazilian mutants B.1.351 and P.1 is supposedly below 1 percent. In 22 cases, infections with the Indian Corona mutant B.1.617 were confirmed. The actual number might be higher. Only a small part of all samples is being tested for all known Corona variants. Germany and other countries have put in place an entry ban for travelers from India.

The situation there is terrible. For that reason, Britain has started providing respirators and oxygen concentrators. Earlier this week, a Boeing 747 owned by Lufthansa landed in New Delhi, with part of the medical equipment from London.