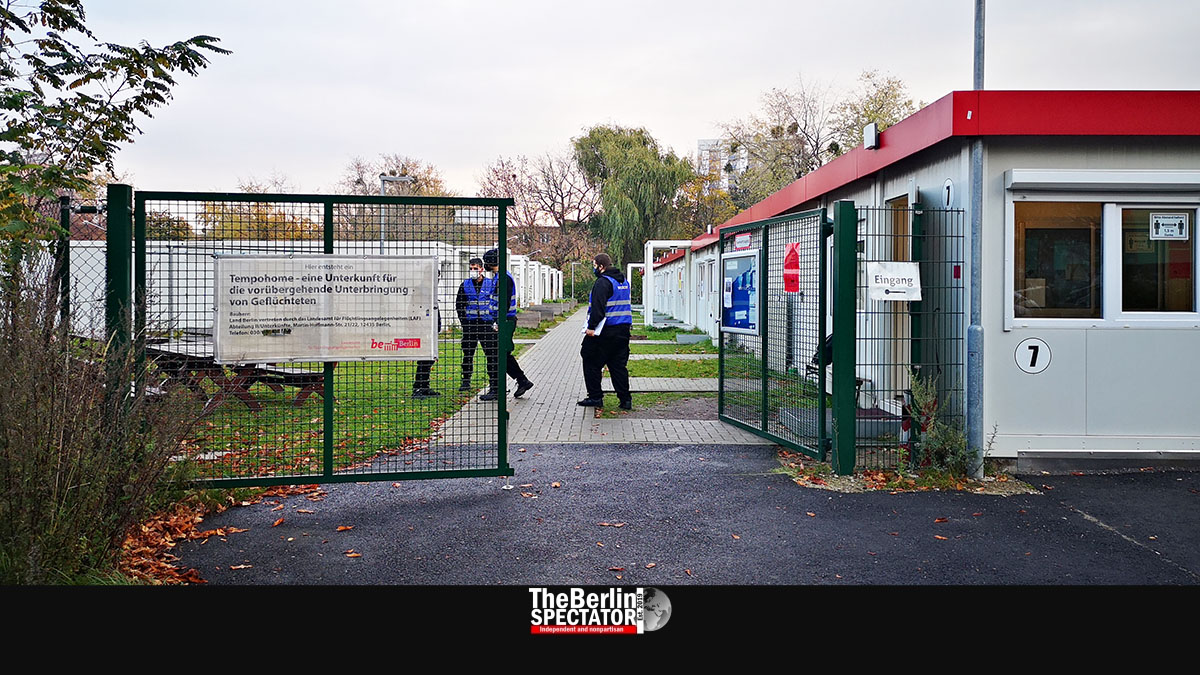 In Berlin, mobile teams are now visiting accommodations for refugees, in order to convince them to get vaccinated against COVID-19. Adults who agree get their shots on the spot. A similar project was started in Chorweiler, a poor borough in Cologne.

Berlin, May 4th, 2021. Update: 2:15 p.m. CEDT (The Berlin Spectator) — Mobile vaccination teams will be visiting refugee accommodations in Berlin this week. According to the city state’s Senate Administration for Integration, vaccinations will be offered to all adult residents. On Friday, three refugee centers were already visited by doctors who vaccinated those who agreed. They used the vaccine manufactured by Johnson & Johnson, which requires only one shot. All other brands available in the European Union need to be administered in two doses.

According to the German authorities, it is hard to convince refugees to get vaccinated, in many cases. Doctors and persons who work with migrants on a regular basis are supposed to inform them about the vaccinations. Videos in 15 languages are supposed to be shown to them. Adolescents among the refugees who are 16 and 17 years old will get separate vaccination appointments. At this stage, there is no vaccine for persons under 16 years of age.

Refugees who lived in communal accommodations were one of the most vulnerable groups because of their life conditions, Berlin’s Integration Senator Elke Breitenbach stated. For that reason, Germany’s permanent vaccination commission had given them a high priority. She said skepticism among migrants in Berlin, in regard to Corona vaccinations, would be reduced with the information provided to them.

In North Rhine-Westphalia, Germany’s largest federal state, a vaccination project has been launched in deprived areas, where mostly poor people live, including in Cologne’s Chorweiler borough, where the Corona infection numbers are several times higher than in other parts of the city. A mobile vaccination station was set up there on Monday. In long lines, residents lined up to get their shots. According to the authorities, the project’s goal is to offer Corona vaccinations without bureaucracy or complications, in a borough the Incidence of which is above 500.

In the early afternoon, Berlin’s Governing Mayor Michael Müller announced the city state would start a vaccinations in deprived areas as well. He said 10,000 doses of vaccine would be allocated for this purpose. According to the Senate, some company doctors will join Berlin’s vaccination campaign these days, on top of it all.

In the rest of Germany, the vaccination campaign is continuing successfully. On Sunday, more than 250,000 persons got their shots. By now, more than 30 million doses have been administered. A total of 28.2 percent of all Germans and residents of other nationalities have gotten at least one of two required shots, while 8 percent got both of them. The pace of the campaign is supposed to increase further. On weekdays, up to 1 million vaccinations are being registered there days.

Germany’s infection numbers are decreasing. According to the Robert Koch Institute in Berlin, 7,534 of them were reported in the past 24 hours, some 3,500 less than last Tuesday. The country’s Incidence just dropped down to 141.4. A week ago, it had stood above 167.