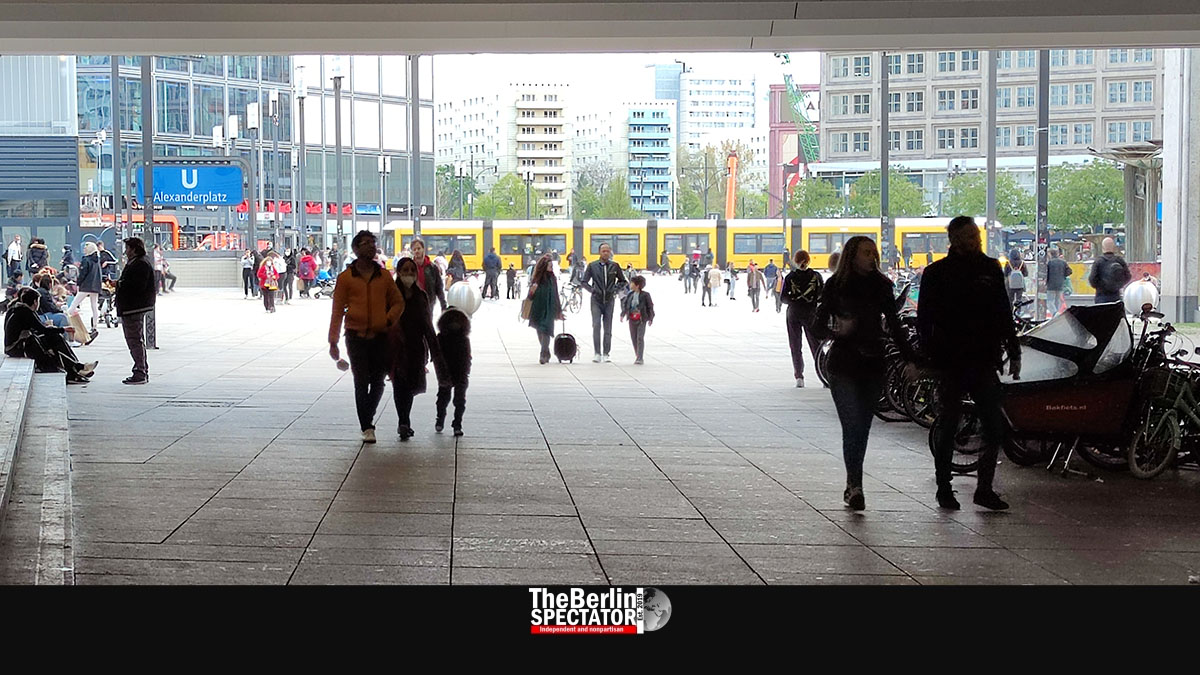 Berlin will not be allowed to lift any Corona restrictions this week after all, because the city’s Seven Day Incidence just surpassed the critical level of 100 again. By law, the ’emergency brake’ rules continue to apply.

Berlin, May 10th, 2021 (The Berlin Spectator) — Things had looked so good in Berlin, when the Incidence dropped down to 98.6 on Friday, and then to 97.0 on Saturday. By Sunday, it had increased again, to 99.6. At that point it became clear that the German capital might not succeed in getting rid of the ’emergency brake’ rules as quickly as everyone had hoped for.

By law, those stricter Corona rules apply in counties or city states with Incidence levels above 100. Once they manage to get down below 100 for five consecutive business days, the ’emergency brake’ falls along with its nightly curfews. Had Berlin’s numbers been stable, or had they decreased further, the city state would have gone back to the old rules that applied before April 24th. The Berlin Senate had wanted to synchronize its Corona restrictions with Brandenburg. But while this neighboring province has an Incidence of 88.0, Berlin now stands at 100.8.

German scientists and politicians had just confirmed the third Corona wave had been broken, when Germany’s national Seven Day Incidence increased again as well, from 118.6 on Sunday to 119.1 today. Since Berlin just fell back into ’emergency brake’ territory, the number of federal states with Incidences below 100 dropped down to seven. Because the numbers are rising in Bremen and Rhineland-Palatinate as well, both of them are above 99 again, this might change rather quickly.

In Berlin, the latest increase of the Corona numbers is a big disappointment to many. On Sunday, which was the first proper spring day this year, with a lot of sunshine and temperatures of up to 26 degrees Centigrade (78.8 degrees Fahrenheit), tens of thousands of residents had spent time in parks and at former Tempelhof Airport. Many Berliners thought restaurants would reopen their outdoor tables soon. Governing Mayor Michael Müller and his Senate had presented the prospect of an easing of Corona rules, including a revival of cultural events outdoors. They might have to retract those statements now.

Out of twelve Berlin districts, five have Incidences higher than 100. Just weeks ago, all of them had reported alarming numbers. In the capital’s hospitals, 546 Corona patients are being treated right now. Recently, there had been more than 700. Whether Berlin will manage to turn things around again, and to lose the ’emergency brake’ quickly, remains to be seen.

Berlin: The Issue with the Most Beautiful Cherry Blossoms in the City