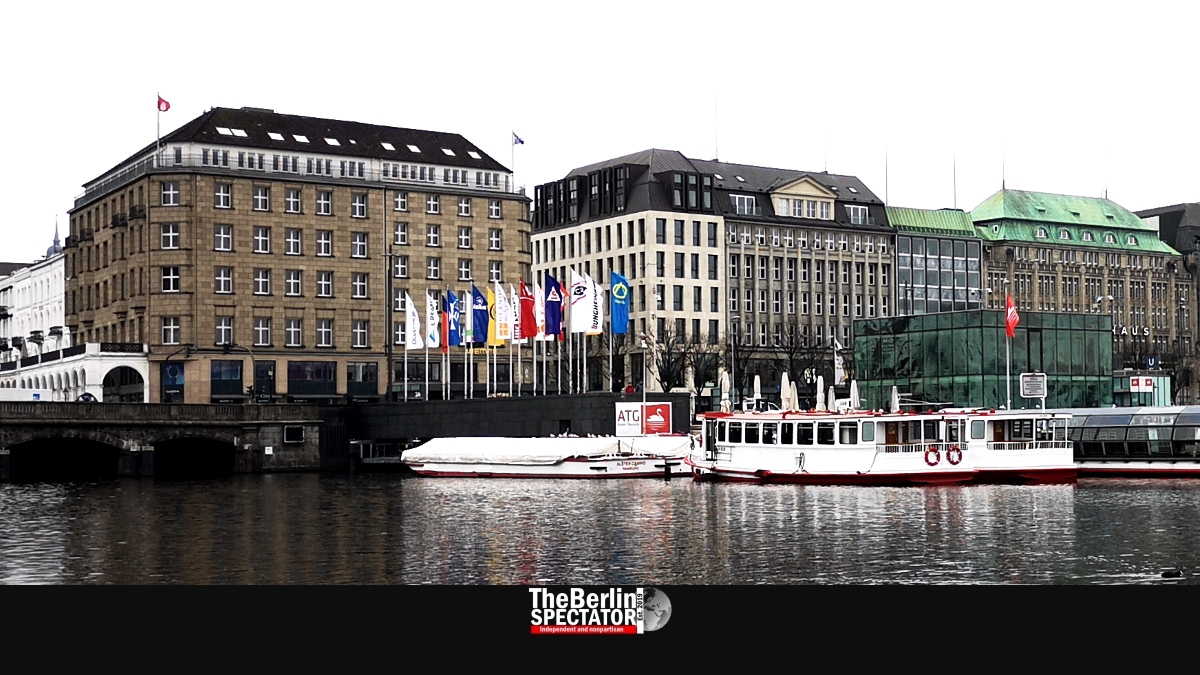 The residents of Hamburg may now leave their home whenever they like. Because its Corona infection numbers are decreasing, the second-largest city in Germany just dumped the strict ’emergency brake’ rules. Berlin and Brandenburg are preparing a reopening of restaurants.

Berlin, May 12th, 2021 (The Berlin Spectator) — In Hamburg, the nightly curfew which is part of Germany’s ’emergency brake’ law for cities or counties with Seven Day Incidences above 100 applied for the last time on Tuesday night. From this moment forward, Hamburgers may leave their homes whenever they want to. For instance, they may take a walk at 3:30 a.m. or go for a bike ride at midnight. This was a turning point, Hamburg’s Senator of the Interior Andy Grote stated. The residents had worked hard for this, with a lot of discipline. More restrictions are supposed to be lifted soon.

According to the Robert Koch Institute, Hamburg’s Incidence is now 67.0. Germany’s entire northern part is in for an easing of Corona restrictions. In Schleswig-Holstein, the Seven Day Incidence now dropped below 50. This morning, it stood at 49.0. Bremen, Lower Saxony, Mecklenburg-Hither Pomerania, Brandenburg and Berlin have managed to get their Incidences below the critical level of 100 as well. The same applies to Rhineland-Palatinate in western Germany.

In Berlin, the Senate announced kindergartens will be reopened for everyone on May 17th. At this stage, they are in emergency mode. This means kids of people with system-relevant professions and of single parents who need to work are accepted. On Monday, this will change. But Governing Mayor Michael Müller asked Berlin’s parents to send their kids to the city’s kindergartens only when necessary. The Senate wants to make sure the nurseries will not be overcrowded immediately. Minimizing contacts was still important, Müller said.

If Berlin’s infection numbers keep on dropping the way they are now, the ’emergency brake’ rules will be thrown overboard on Wednesday, May 19th. It could have happened on Friday of this week, had the German capital’s Incidence not hit 100 again on Monday. By now, it stands at 86.0. Once those stricter rules are lifted, people may gather in groups of up to five people from two different households again. Children up to 14 years of age, vaccinated persons and cured individuals who had COVID-19 between 28 days and six months prior to the gathering will not be counted.

By the way: Following The Berlin Spectator is easy.
You can do so via Facebook, Twitter, Instagram and/or LinkedIn.
And you can always check out The Berlin Spectator directly.
Supporting this publication is easy too.
For this purpose, visit our donations page. Thank you.

Michael Müller also announced an easing of restrictions for retail businesses in the sense that they will be allowed to allocate less room to each customer soon, which means more customers will be able to enter them at the same time. According to the Governing Mayor, this will be the case from May 19th as well. It looks like museums will be allowed to reopen as well. But in all cases strict rules will apply.

If its Incidence stays where it is supposed to be, namely below 100, restaurants will be allowed to reopen their outdoor tables on May 21st, ahead of the Pentecost weekend. This applies in both Berlin and Brandenburg. The two federal states cooperate closely, also because they want to prevent thousands of residents from one state from traveling to the other one. What this means? If Brandenburg was to open restaurants and Berlin kept them closed, countless Berliners would invade Brandenburg to have Schnitzel and beer at the neighboring state’s restaurants. This would lead to more contacts and a traffic chaos.

Brandenburg announced an easing of a long list of restrictions on May 21st. This is supposed to apply in cities and counties in which the Incidence numbers have dropped down to levels below 100. The contact restrictions will change substantially: An unlimited number of people from up to two households will be able to gather, plus and unlimited number of vaccinated individuals. Staying in holiday homes and on camping grounds will be legal again as well.

Germany: Weather to Deteriorate After Two Days of Sun and Heat