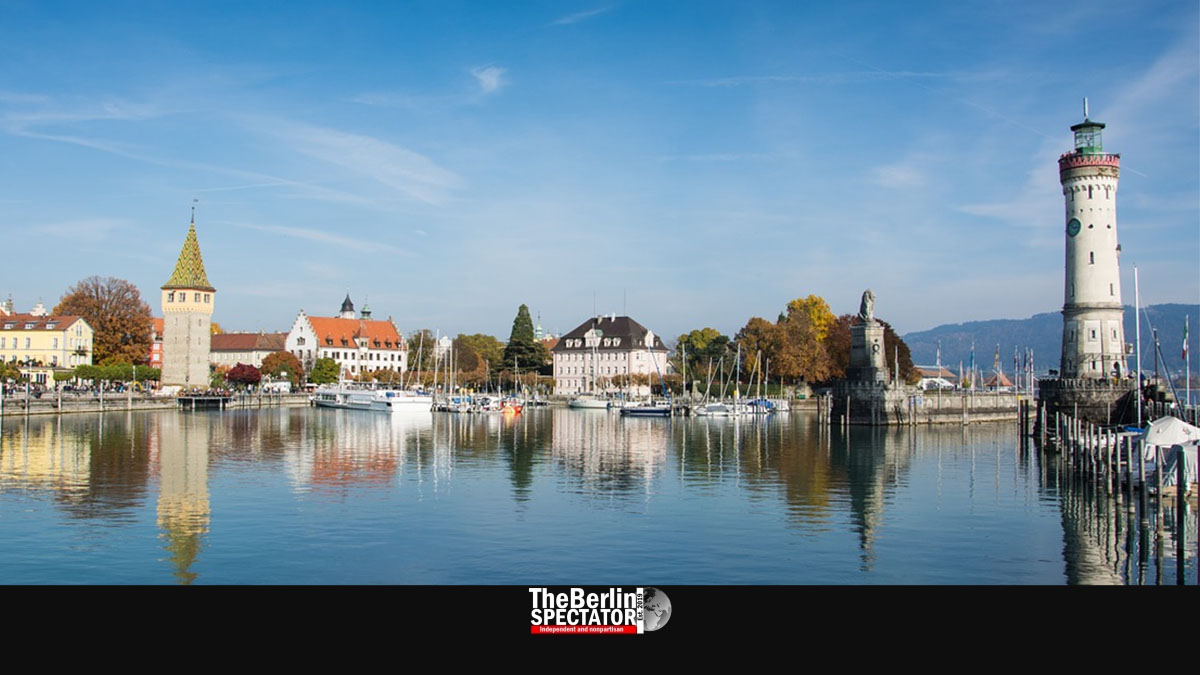 Getting to Lake Constance from the German capital at the speed of light is difficult, but Deutsche Bahn is offering a new connection that comes pretty close. Another new connection will take Berliners straight to the beach.

Berlin, May 13th, 2021 (The Berlin Spectator) — Trains do not have wings or rocket boosters, but they can be fast as hell. Germany’s ICE is so fast, it gets people to their destination before they know they want to go there. It gets better: Deutsche Bahn’s ICE Sprinter is even faster. This one takes people from A to B before they are even born. With up to 300 km/h (186 mph), it races back and forth in Germany. At least to those who have not used Japanese or French bullet trains, this is pretty impressive.

From Berlin to Lindau

The ICE does the trip from Berlin to Hamburg in 1:46 hours, which is actually slow considering the distance is not so big. At full throttle, it would be able to cover those 280 kilometers (174 miles) in 50 minutes. On the Autobahn, the 550 kilometers (342 miles) from Berlin to Frankfurt can be covered in 5 hours, in a Porsche 911, with a reckless driving style, and without too much traffic. The fastest ICE connection will do it in 4:16. Not even flying is faster, because of the check-in and all the waiting at the gate.

Berlin already offers many ICE train connections. Soon, on July 3rd, 2021, Deutsche Bahn will add one more. Until September 11th, the new train will connect the lively German capital to Lindau (see photo at top of page) and Bregenz. Both of those towns are located right next to Lake Constance. If this kind of direct connection is not attractive, what is? These trains will be leaving Berlin, and returning there, once a week, on Saturdays. In Augsburg, they are supposed to be separated into two parts. One of those will even continue on to Tyrol, via Munich and Innsbruck. The other half is the one that goes to Lake Constance, which will be reached win less than eight hours.

So, Lake Constance is too far, and you feel a lakefront is less attractive than a proper beach with tons of sand and seagulls that steal your sandwiches? Guess what: Deutsche Bahn has the right solution here too. Its summer schedule for this year includes an IC train from Dresden via Berlin to Rügen, the largest island Germany has. Sure, IC trains are slower than ICEs, but this one will take you straight to the beach. Its last stop is in Binz, a nice Baltic Sea resort. Passengers who put on their swimming trunks beforehand can hit the water seconds after their arrival up there.

These IC trains from Dresden to ‘Ostseebad Binz’ leave Dresden on Saturdays and Sundays in the late mornings. According to a press statement Deutsche Bahn sent out, they return to Berlin and Dresden on Saturdays only, which sounds a little weird. But there are always more complicated, indirect train connections back home, for those who get sick of the beach, the hiking, the good food and beautiful scenery in Rügen.

“The Germans’ desire to travel is unabated”, Michael Peterson, a high-ranking Deutsche Bahn manager, said. He announced, the state-owned company would have as many as 330 ICE trains on its tracks, more than ever before. More trains mean more room for passengers in the Corona pandemic. More people will be able to keep their distance on trains as well, while those trees, pastures and cows race by the window. Bon voyage.