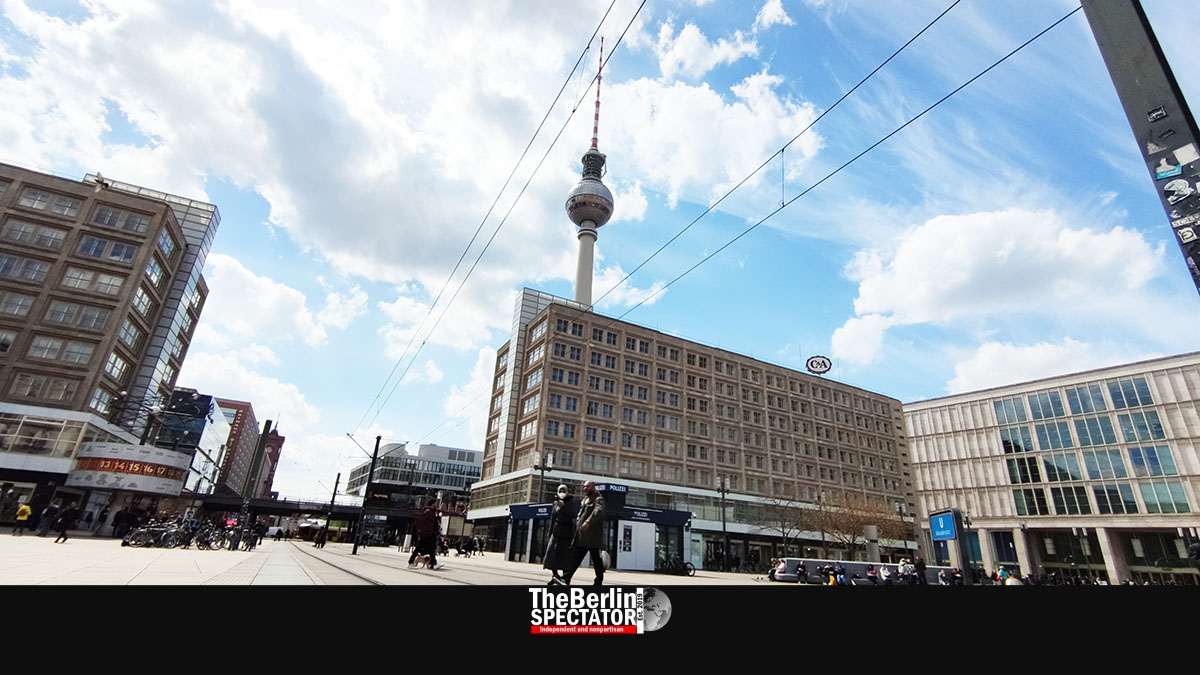 Germany’s national Seven Day Incidence has decreased substantially. It stood at 96.5 on Friday. In the meantime, the city state of Berlin is getting rid of its prioritization, meaning everyone can get vaccinated. Doctors are complaining.

Berlin, May 14th, 2021. Update: 08:10 a.m. CEDT (The Berlin Spectator) — The Incidences in nine out of sixteen federal states in Germany are now below 100. Schleswig-Holstein even dropped down to 42.8, well below the critical level of 50, up to which local health authorities can actually trace back all new Coronavirus infections to their sources. This makes the fight against the pandemic far more effective. With an Incidence of 56.1, Hamburg is on the best way in that direction.

The other states with Incidences below 100 are Lower Saxony, Bremen, Berlin, Brandenburg, Mecklenburg-Hither Pomerania, Rhineland-Palatinate and Bavaria. Germany as a whole now stands at 96.5. For the first time since March 20th, the country is below 100. Obviously, the development of the past days shows the third Corona wave has definitely been broken. On the other hand, the past 16 months have shown that Corona can always bounce back, either when it gets cold or when a new Corona mutation shows up.

But as long as there is no variant that does not react to the vaccine, the situation in Germany could improve substantially. In some states, more restrictions will be eased or lifted later this month. Inch by inch, the country is moving towards some kind of normality again. The vaccination campaign is moving forward quickly, and it is being sped up further. On some days, more than a million Germans and residents of other nationalities get their vaccinations

After Baden-Württemberg and Bavaria, Berlin is cancelling its prioritization for vaccinations. This applies to doctor’s offices and company physicians and means that criteria like age, pre-existing conditions or professions will not matter anymore. Everyone can be vaccinated, starting on Monday, May 17th, 2021. Up to now, the priority groups 1 to 3, most members of which are 60 or older, were eligible for vaccinations. The prioritization will still apply at Berlin’s vaccination centers.

According to the Berlin Senate, the new policy does not mean everyone will be able to get a vaccination appointment immediately. The demand is expected to be a lot higher than the amount of vaccine available. General practitioners in Berlin are already complaining. They believe, the decision to throw the prioritization overboard was taken too early. Because of the new regulation, they are now expecting a vaccination frenzy that will overcrowd their offices. There are long lines in front of some doctor’s offices already. Even persons without appointments are trying to get vaccinations.

In Berlin’s Neukölln district, up to 10,000 residents will get vaccinated without appointment, starting today. The Senate allocated 10,000 doses of vaccine to the people in the neighborhoods ‘High Deck Siedlung’, ‘Südliches Kiehlufer’ and ‘Weisse Siedlung’, where many socially disadvantaged persons live.

Neighboring Brandenburg is not going quite as far as Berlin. For now, the state intends to allow all members of priority group 3 to get vaccinated. So far, anyone aged 60 or older, people with certain pre-existing conditions, police officers and firefighters were invited. Now, Brandenburg wants to include pharmacists, morticians, employees of retail businesses and a few other professions that belong to priority group 3.