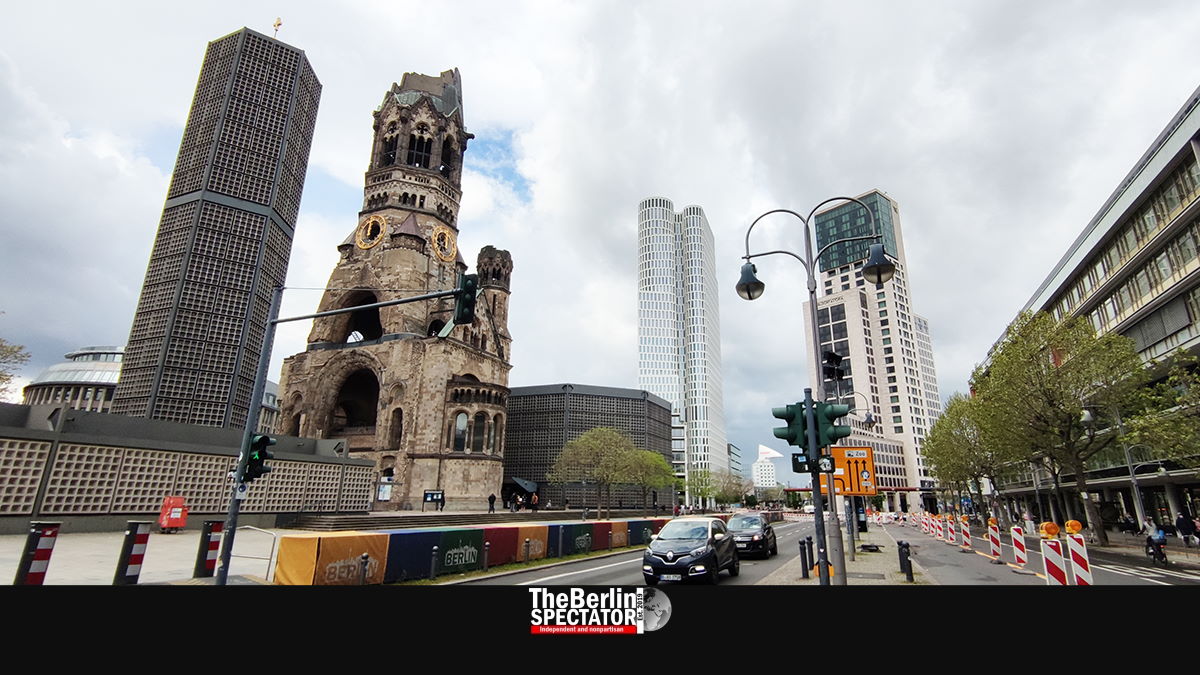 In Berlin, this is the week of reopening steps. Cultural events will be allowed again under certain conditions. Even restaurants and cafés are supposed to reopen after more than half a year. Hotels and fitness studios are next.

Berlin, May 17th, 2021 (The Berlin Spectator) — Even though the Seven Day Incidence in Berlin just increased a little, from 66.9 on Sunday to 68.6 this morning, things are looking pretty good in the city state, compared to some weeks ago. On Wednesday, it will lose the strict ’emergency brake’ rules and nightly curfews the Senate had to impose on the residents by law. This means, up to five persons from up to two households will be allowed to gather outdoors, 24 hours per day. Indoors, members of one household may be with one person who lives somewhere else. Children up to 14 years of age, vaccinated persons and cured individuals who had Corona between 28 days and 6 months ago do not count.

Starting on the same day, Wednesday, May 19th, 2021, cultural events will be allowed again. They will have to take place outdoors, they are limited to 250 people and the usual Corona rules apply, meaning distancing and masks are mandatory. But it is a start. Concerts on outdoor stages, screenings in outdoor cinemas and theater performances on outdoor stages are already being planned.

Then, on Friday, May 21st, 2021, Berlin’s restaurants and cafés will be back in business, in the sense that they may reopen their outdoor tables for the first time since early November of last year. They will need a convincing hygiene concept. Guests are required to have new Corona test results with negative outcomes, or documents which prove they were vaccinated at least 14 days ago, or cured from COVID-19 in the past 6 months.

As the ‘Tagesspiegel’ daily reports, the next reopening step might be taken on June 4th, 2021. According to a step-by-step plan Berlin’s Senate Administration of Commerce created, hotels and guesthouses will be allowed to accommodate tourists again. This would be a big normalization step indeed. Even fitness studios and dance schools could reopen. Of course, strict rules will apply. Conferences and congresses with up to 250 participants will likely be legal again too. On top of it all, aquariums and other buildings at the city’s two zoos are supposed to reopen.

“The decreasing Incidence and the decreasing vaccination rate give us reason to be optimistic”, Berlin’s Commerce Senator Ramona Pop told the ‘Tagesspiegel’. She also announced additional reopening steps that could be taken in a few weeks from now, but stressed it was important not to become careless. On Tuesday, the Senate is scheduled to discuss the Corona situation and its implications yet again. Changes to the plans could be made.