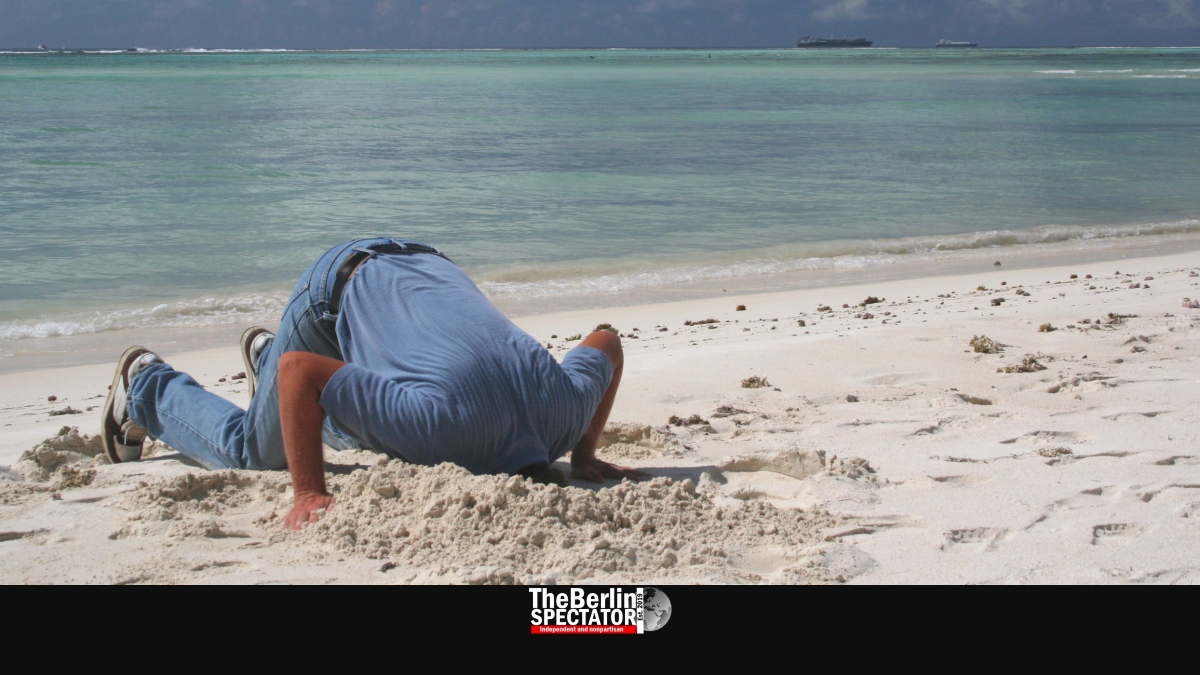 So Corona is changing our vacation plans? Well, yes. But it looks like the virus is doing us a favor. Trips to beaches and other locations are not quite as great as people say they are.

Berlin, April 23rd, 2020. Update: May 20th, 2021 (The Berlin Spectator) — Sure, getting a portion of ‘Tacos al Pastor’ at a neighborhood restaurant in Mexico City on the first day of your stay is a splendid idea. So is drinking tap water from a plastic cup. But not being able to leave the bathroom for the next two weeks is not.

Climbing a pile of stones people call “mountain” in Austria, and sweating like a horse in the process, while becoming the victim of coordinated insect attacks, is priceless too. There is nothing better, especially when your backpack weighs 20 pounds and you are trying to scratch your back with a lit Marlboro in one hand, and a giant ham sandwich in the other.

But have you considered the fact that you have to walk all the way down again afterwards? So why go up there in the first place? Thanks to Corona, the right choice is being made for us here.

Lying on one of Denmark’s North Sea beaches and frying like a hen on the grill is a lasting experience as well. Until your hairpiece and the top part of your bikini fly away along with your parasol because the wind up here is about as strong as Hurricane Wilma. Would this have happened on my balcony? No. Because I don’t have one.

Isn’t it great to consume the most juicy Sushi roll on Earth, at Perry’s in Adams Morgan, or to stare at Space Shuttle ‘Discovery’ at the National Air and Space Museum? Sure. But when you consider you have to share a flying fish can with 399 other poor bastards above the Atlantic Ocean, twice and for many hours, in order to have this opportunity, watching ‘The Spy’ at home seems like a far more convincing alternative.

Machu Picchu? Too high. Fisherman’s Wharf? Too windy. Panthers in Kenya? Too fast. The Dead Sea? Too salty. Montmatre? Too many steps. Lake Geneva? Too quiet. Taj Mahal? Too beautiful. Go there without me. Bonne nuit.