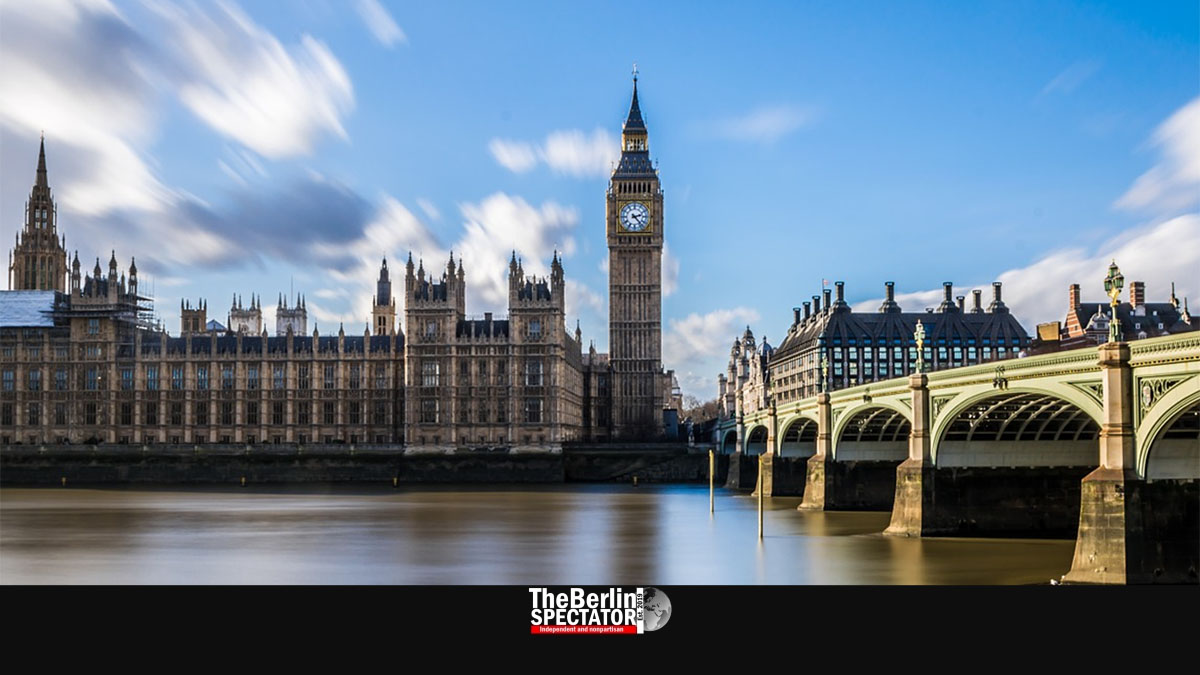 Germany just declared Great Britain and Northern Ireland a ‘Virus Variant Area’ because of the rapid spread of the Coronavirus variant B.1.617.2. Starting tomorrow, only German citizens and foreign nationals with residence permits will be allowed to enter Germany from there.

Berlin, May 22nd, 2021 (The Berlin Spectator) — Just as more and more European states are taking reopening steps after many months of lockdowns, the next big problem has reached the neighborhood. The spread of the Coronavirus variation B.1.617.2 in Britain is accelerating. Germany just declared Great Britain and Northern Ireland a ‘Virus Variant Area’. For travelers, this step has far-reaching implications.

Only German citizens and holders of residence permits for Germany will be allowed to enter the country from those countries. Persons who do need to go into 14-day quarantines immediately, no matter how many negative Corona test results they may produce. This new regulation kicks in at midnight. Germany is obviously taking the threat posed by B.1.617.2, also known as the Indian Corona mutation, very seriously. This variant is supposed to be more contagious than the British variant B.1.1.7 which spread all over Europe a few weeks ago.

Airlines, coach and train operators may not transport passengers from the new ‘Virus Variant Area’ to Germany, unless they are citizens or residence permit holders. Other countries in that category include Brazil and South Africa. In Britain, 3,400 infections with B.1.617.2 were confirmed earlier this week, according to Public Health England, the main health authority there. Blackburn, Bolton and West London are affected the most, at this stage. For the Robert Koch Institute in Berlin its President Professor Lothar Wieler stated, in the case of the Indian Corona mutation the vaccinal immune protection was probably lower in comparison with B.1.1.7. Germany’s Health Minister Jens Spahn said he was worried about the developments in Britain.

In the meantime, Chancellor Angela Merkel said Germany needed to be careful. The Coronavirus had not vanished. Therefore it should not be taken lightly. She said she hoped people would act responsibly while more and more Corona restrictions were being eased. It was extremely important to keep one’s distance from others and to wear masks, Germany’s head of government stressed. She also said she believed the country would not have to discuss closing everything down again as long as people paid attention.

Right now, Germany’s main task was to vaccinate as many people as possible, Angela Merkel said. Refreshing to Corona vaccinations people had already gotten would not be necessary until the fall, she stated. The elderly would definitely be the first ones to get those shots. After taking part in a Health Summit with several other nations which she joined by video connection, the Chancellor announced Germany would give 30 million doses of Corona vaccine to poor nations, if all vaccine deliveries that had been promised actually arrived.

On Friday, restaurants, cafés and pubs were allowed to reopen their outdoor tables for the first time in many months. In Berlin, many vacant tables were seen. Many residents may not have been aware of the reopening yet. Besides, it was very windy with sudden rain showers. Because of the weather, some restaurant owners said they would reopen later.

Berlin: Reopening of Restaurants and Museums Brings Back some Normality