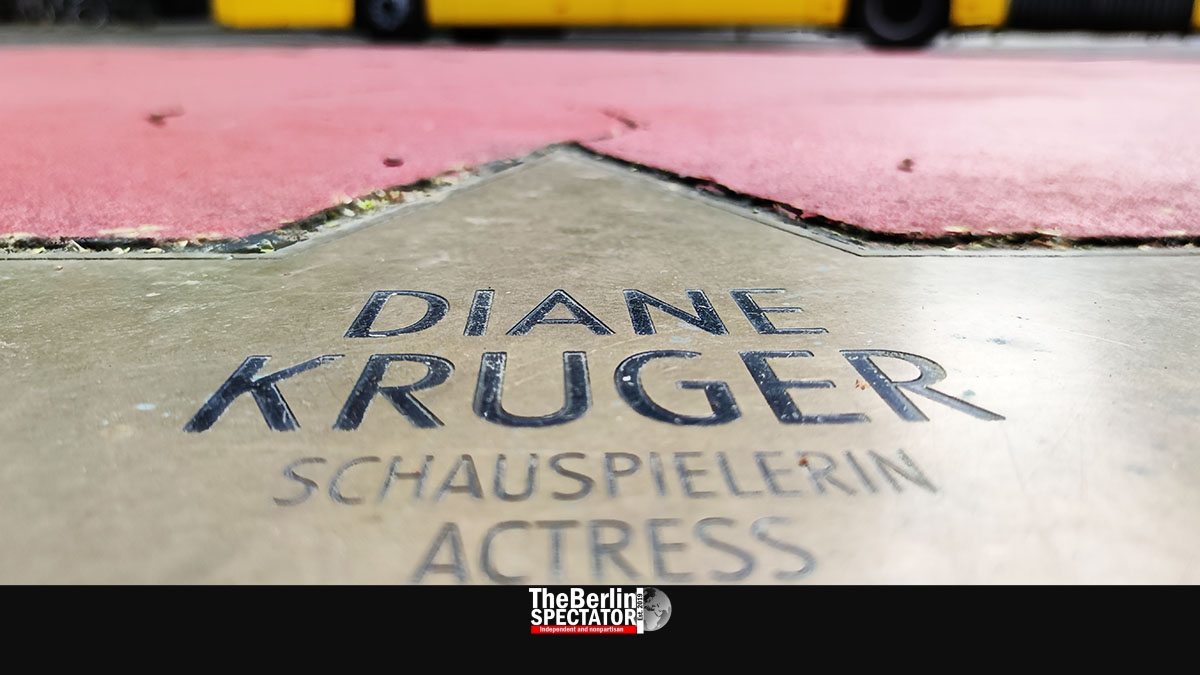 Some ten years ago, Berlin got its version of Hollywood’s Walk of Fame. By now, the Boulevard of Stars in the German capital is shabby and decayed. It could be another tourist attraction in Berlin, but nobody seems to care.

Berlin, May 25th, 2021 (The Berlin Spectator) — In 1957, the Hollywood Chamber of Commerce had an awesome idea. On Hollywood Boulevard in Hollywood (California) it created the Walk of Fame which honors actors, musicians and other artists who get their very own stars on the sidewalk. Not only do those entertainment stars deserve the tribute, but the Walk of Fame also attracts many tourists. Hollywood is keeping it neat and clean. More and more stars are being added.

Fifty-three years after the creation of the Walk of Fame, in 2010, Berlin borrowed the idea. On the Boulevard of Stars, a name picked in reference to Hollywood Boulevard, actors and other individuals from the German-speaking world who contributed to movies and television shows were supposed to be honored here. There are 105 stars. Some of the names are well known all over the planet.

The Austrian actor Christoph Waltz has a star in Berlin. So do his German-American colleague Diane Kruger, the late cinematographer Michael Ballhaus, the late legend Romy Schneider, actor Armin Müller-Stahl, director Volker Schlöndorff, his late colleague Billy Wilder and composer Hans Zimmer. The list goes on and on, with names that mainly ring bells in Austria, Germany and Switzerland, where the language of Goethe and Schiller is spoken.

Anticipation is half the pleasure, right? In theory. But a visit to the Boulevard of Stars turned out to be sobering. If this spot’s condition had to be described in one word, combining the letters s, h, i and t would be most appropriate. The stars on the Boulevard should sparkle and shine, but the opposite is the case. They are dirty and dusty. So, this is where all the Diesel particles from around Potsdamer Platz, one of Berlin’s most famous squares and one of its largest intersections, end up.

The location is actually great. Both the Sony Center and the Film Museum are right there. When ‘CineStar’ still existed, a movie theater specialized in motion pictures in English, the Berlinale film fest used it as one of its main locations. But in spite of this aspect, the Boulevard of Stars was neglected. In 2013, only three years after it was created, Berlin’s Walk of Fame copy already looked terrible. So, it was renovated and officially reopened in 2014. In 2016, the last stars were placed there. Now, the Boulevard of Decay is a big embarrassment again. Berlin is supposed to be a film metropolis, or not?

The last entry on the Boulevard of Star’s Facebook page was posted in 2018. The official website presents stars’ birthdays in September. But it is May. This shows: Berlin has given up on it.

Because the city state of Berlin wanted to run a tram line right across the traffic island the Boulevard of Stars was built on, this was supposed to be a temporary location, until 2014. Today, in 2021, it is still there, but the ground is decaying and the state of the stars is not an honor to the artists who were supposed to be celebrated there, but rather an insult.

This mess does not do justice to Klaus Doldinger, a 85-year-old Jazz-Rock legend and saxophone hero who composed the main theme for the TV series ‘Tatort’ the Germans are addicted to. Or to the Spanish-German actor Daniel Brühl who was so good in ‘Rush’ and countless other stunning motion pictures. Let’s not forget the late actors Hildegard Knef, Götz George and Brigitte Mira, and everyone else. The Boulevard needs a new beginning and someone who cares. Period.