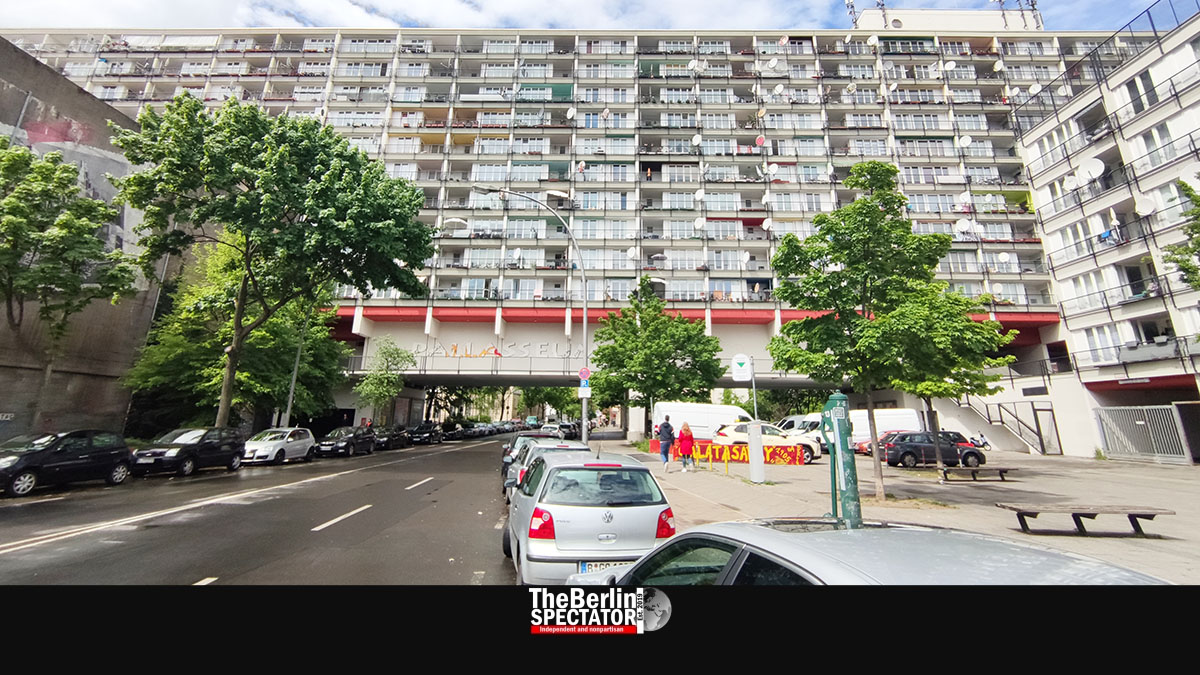 Two huge real estate companies in Germany, Vonovia and Deutsche Wohnen, agreed to a merger deal. Together, they will become the largest corporation of its kind in Europe. The deal would come with advantages for tenants in Berlin. But first, the authorities need to approve it.

Berlin, May 25th, 2021 (The Berlin Spectator) — Deutsche Wohnen is a big housing company based in Berlin. Out of some 155,000 apartments they own, 114,000 are located in Berlin and the capital’s vicinity. The sales revenues Deutsche Wohnen reported for 2020 amounted to 2.7 billion Euro (3.3 billion U.S. Dollars or 2.3 billion Pounds Sterling).

In fact, this company is so big it is considered dangerous, especially from the perspective of the thousands of Berliners who are affected by the affordable housing crisis. There is a movement called ‘Dispossess Deutsche Wohnen and Co.’, which is exactly what its members want to do. They are already collecting signatures for a referendum on the matter, now that the Berlin Senate’s ‘Rent Cap’ was flushed down the toilet by Germany’s highest court.

Critics say, all Deutsche Wohnen wanted was to earn billions. They do have a point, because it is a business and acts like one. The movement wants the state to take over thousands of apartments and reimburse Deutsche Wohnen. On Sunday, it staged a big protest in Berlin’s city center. If ‘Dispossess Deutsche Wohnen and Co.’ is successful, the referendum could take place on September 26th, 2021, along with the elections for the Berlin Bundestag and those for the Berlin House of Representatives. The merger, and a deal the companies just offered to the Berlin Senate, might change things though.

So, Deutsche Wohnen now wants to become even bigger, by merging with Vonovia, another real estate giant that already outperforms its new partner with about 400,000 apartments in Germany, Austria and Sweden. Together, they would control north of half a million apartments. Vonovia wants to make Deutsche Wohnen’s shareholders an offer. It is the second time they are trying to take over their smaller competitor. First, the cartel authority will have to agree to the merger to make it happen.

After talking to the CEOs of both companies at a meeting on Tuesday morning, Berlin’s Governing Mayor Michael Müller said this was an important day for the city. The stability of Berlin’s rents was important to him, and the residents needed to be able to afford them. In connection with the merger, Berlin would have the opportunity to take over 20,000 additional apartments, Müller said. At a joint press conference, Vovonia’ CEO Rolf Buch promised the new company would not raise the rents by more than 1 percent in the next three years. For Deutsche Wohnen, Michael Zahn stated he was glad a signal could be set, and Berlin could be “pacified” because of the deal.

Finance Senator Matthias Kollatz welcomed the announcement as well. According to him, the city state of Berlin has purchased 22,000 apartments since the legislative period began. He said being able to add 20,000 apartments would be an important step. If the merger deal is approved, the new company name is supposed to be Vonovia SE.

Germany: Incidence at Lowest Level Since Fall, Brandenburg Opens Up