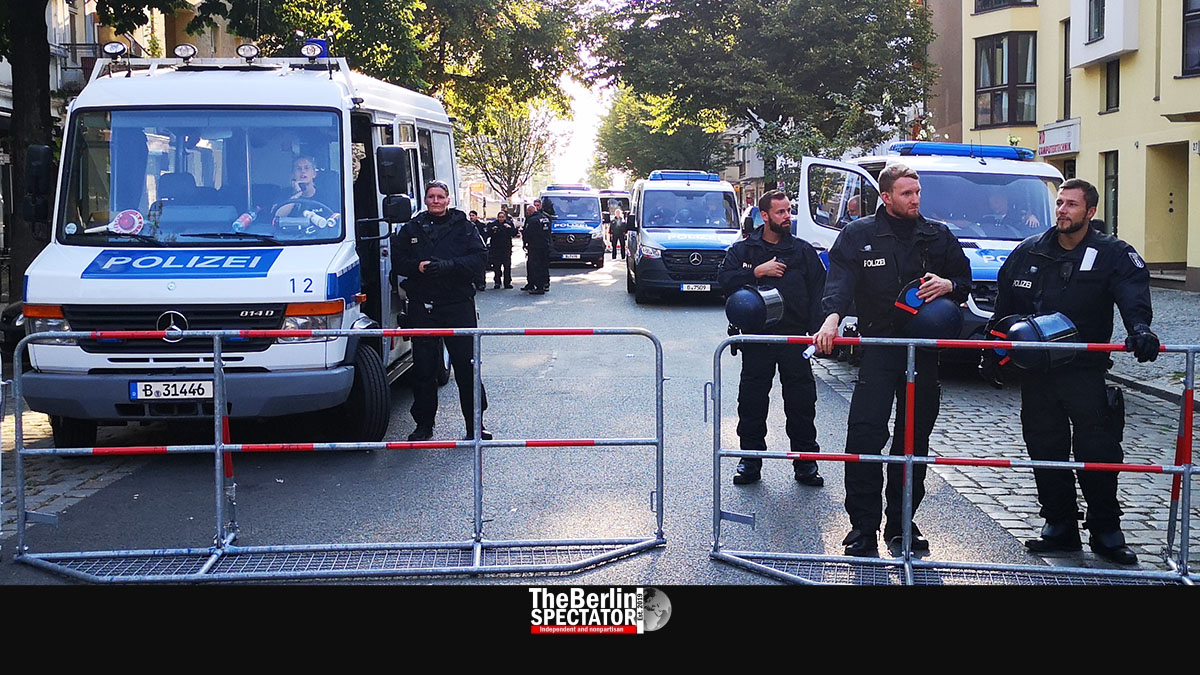 Two men tried to rob a bank in Berlin’s Neukölln district on Wednesday. One suspect was apprehended with injuries after being shot by a guard. A second suspect was arrested a few hours after the robbery.

Berlin, May 26th, 2021. Update May 27th, 2021, 8:20 a.m. (The Berlin Spectator) — Police rushed to the ‘Gropius Passagen’ mall in Berlin on Wednesday morning after callers reported an attempted bank robbery. The suspects’ strategy suggests it might not have been their first crime of this kind. They used irritant gas to attack a cash-in-transit guard. In late July, a similar robbery attempt was reported. Irritant gas was used in that case as well.

In today’s case, at least two individuals used gas against a guard and fired shots at him in the entrance of a bank branch at 10:30 a.m., the Berlin Police Department confirmed. But this time, the guard fought back. He shot and injured one of the robbers, while at least one more person fled the scene. The man he shot was taken to a hospital, while the guard was treated on site, after he inhaled some of the gas the criminals sprayed into his face.

According to the police, no bank employees or customers were injured in the incident. They are looking for the second suspect who vanished without prey. Whether a man who was apprehended a few hours after the robbery was part of the crime is unclear. The Police Department opened a website (in German) for witnesses who were there and who may have seen or heard anything. Investigators were busy questioning witnesses on site. They probably watched the video footage recorded by security cameras. Right after the robbery, the police blocked the area around the mall.

The number of bank robberies in Berlin has been increasing in the past 10 months. In late July of last year, criminals tried to rob a Postbank branch at Hermannplatz square. They were the ones who used irritant gas as well. Eleven customers inhaled it. Five of them had to be taken to a hospital. On August 4th, three bank robbers shot and injured a security guard in Berlin’s Wilmersdorf borough. And on August 25th, a cyclist robbed two banks within 35 minutes. In one case, he managed to steal an undisclosed amount of money.

Because banks use time locks, and because there are high resolution cameras all over the place, robbing banks is a lot harder than it was some decades ago. That seems to be the reason why criminals increasingly target cash-in-transit guards. The total number of bank robberies in Berlin since July 31st is five.