Germany: Adolescents to be Vaccinated from June 7th 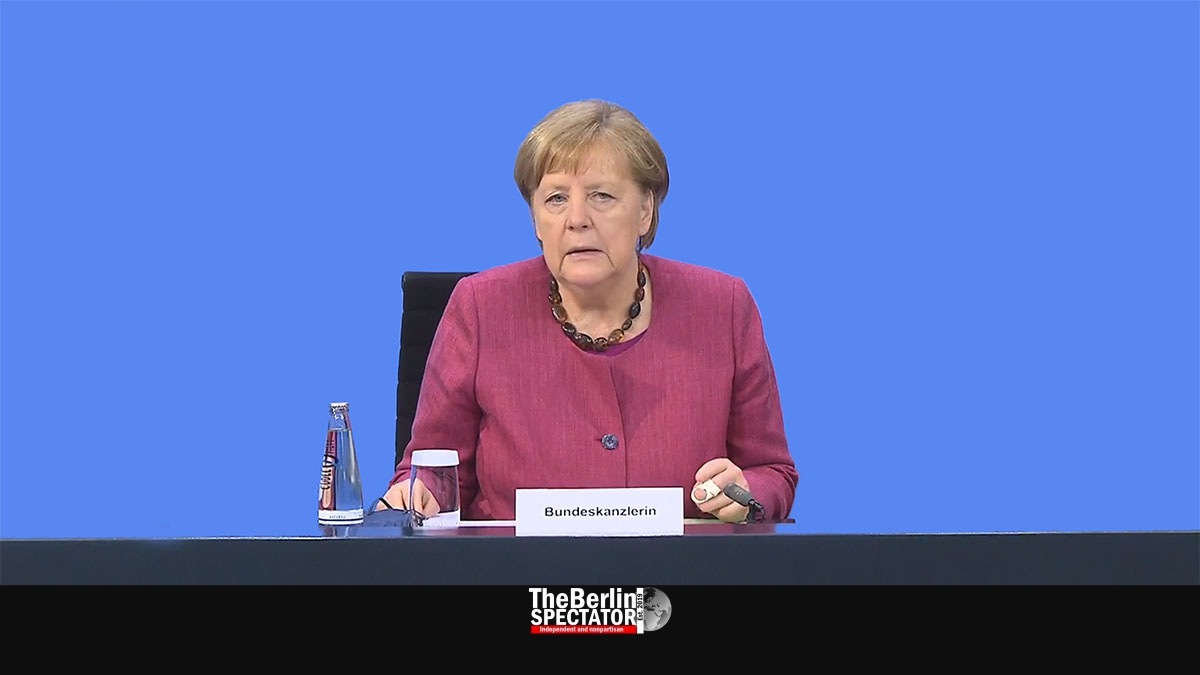 In Germany, adolescents aged 12 to 15 will most likely be allowed to get vaccinated against Corona starting on June 7th, 2021. Angela Merkel and the First Ministers discussed the vaccine deliveries and the digital vaccination certificate as well.

Berlin, May 27th, 2021 (The Berlin Spectator) — Out of all Corona conferences Angela Merkel and the heads of government in Germany’s federal states had, this was probably the most harmonic one. It was all about vaccinations. After the meeting, the Chancellor stated that once there was an approval for the vaccine made by the German company Biontech and its American partner Pfizer, children aged 12 to 15 would be allowed to get vaccinated.

The approval by the European Medicines Agency (EMA) might come as early as tomorrow. In this case, vaccinations for adolescents in Germany will begin on June 7th. They can get vaccinated at the big vaccination centers the federal states have been running since December, or at their general practitioners’ offices. Up to now, the Biontech product may be used for persons from 16 years of age. Another vaccine, Moderna, could be approved for 12- to 15-year-olds soon as well, Angela Merkel said in Berlin.

The vaccination campaign in Germany had been sped up substantially, the Chancellor stated. She reiterated her earlier statement according to which all Germans, except for younger children, would get vaccination offers until the upcoming summer ended. This presumable includes residents of other nationalities. This time, Merkel included 12- to 15-year-olds in her promise. The prioritization had been a “big success”, she claimed. Because of it, the number of difficult disease progressions among COVID-19 patients had decreased substantially. On June 7th, on the day 12- to 15-year-olds will most likely be vaccinated as well, the prioritization will fall.

Germany’s Permanent Vaccination Commission will likely not recommend the Biontech/Pfizer vaccine for this age group immediately after the EMA approval. But it will probably do so soon, according to Mrs. Merkel. At this stage, there do not seem to be sufficient sets of data in regard to the effects and side effects of the vaccine product among adolescents. The Commission needs more data for the recommendation.

Angela Merkel stressed that vaccinations would not really affect the running of schools, in the sense that they were not a precondition for a participation in classes. That is because Corona vaccinations are not mandatory. Also, primary school kids cannot get vaccinated yet anyway, and this is not supposed to change until 2022. Mrs. Merkel also said families could travel during the summer without vaccinations too, if they had negative Corona tests.

The vaccine deliveries to Germany were the second subject the Chancellor and the First Ministers discussed. Mrs. Merkel is optimistic. She said the deliveries of the Johnson & Johnson vaccine might be late because of an issue in the United States of America. Other than that, they had been very reliable in the past weeks, for the Moderna and Biontech products. The Berlin government does not expect this to change.

A digital certificate for vaccinated persons was the third and final subject that was discussed during the video conference. According to Angela Merkel, it will be available in late June or early July. This is already late, because in several federal states, the summer vacations begin in June. The certificate will have its own application for smartphones, or it can be saved in Germany’s existing Corona App. The European Union states had recently decided to introduce a certificate that would be accepted in all member states.