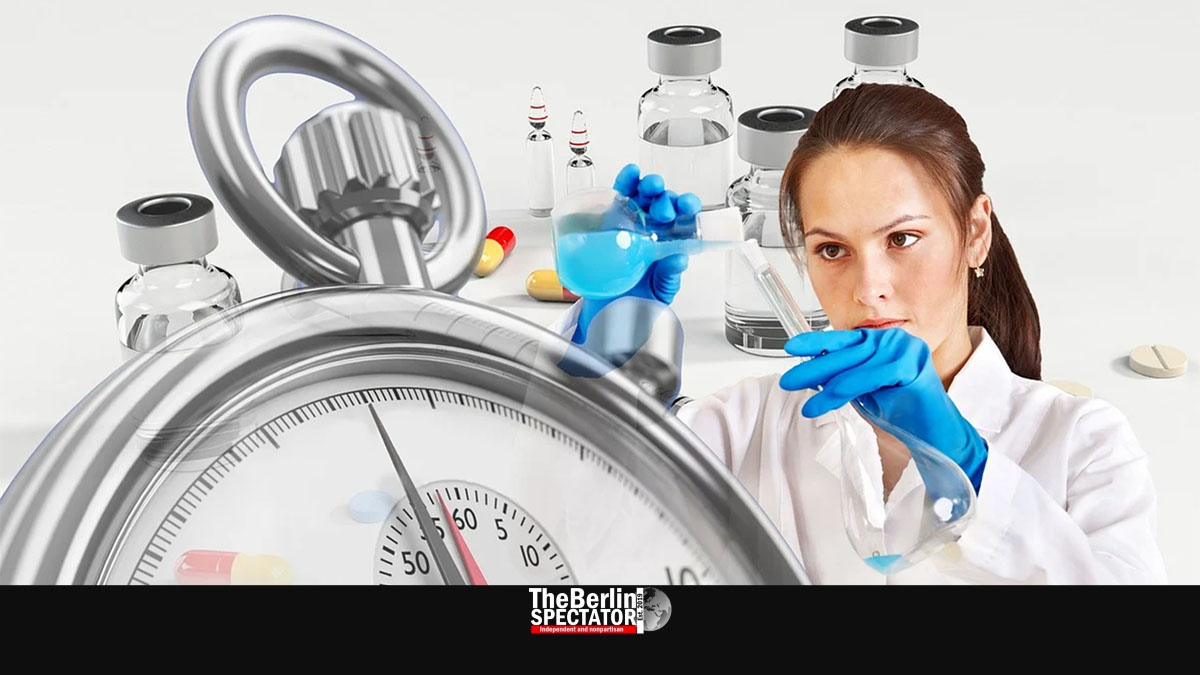 Angela Merkel and her colleagues from the federal states were going to talk about Corona vaccinations for school children aged 12 to 15 today. As it turns out, this subject is more complicated than it sounds.

Berlin, May 27th, 2021 (The Berlin Spectator) — In the city state of Berlin, the two millionth vaccination was just administered. According to the Senate Administration of Health, 1.4 million Berliners got the first of two required shots and 600,000 residents the second one as well. “Thanks to the successful vaccination campaign, the upcoming summer could be a good one”, Health Senator Dilek Kalayci said. “We expect, and are hoping, for more vaccine in July.” Most vaccinated Berliners, 1.45 million of them, got their shots at vaccination centers, while 550,000 were vaccinated at doctor’s offices.

In Berlin, this day will be all about vaccinations. In the early afternoon, Angela Merkel and the heads of government of the country’s sixteen federal states are scheduled to discuss Corona vaccinations for 12- to 15-year-olds. At this stage, the vaccine offered by the German company Biontech and its American affiliate Pfizer is approved for persons from 16 years of age. This could change as soon as tomorrow.

The European Medicines Agency (EMA) is expected to decide whether it will approve the vaccine for younger kids as well. If it does, Germany’s Permanent Vaccination Commission might — or might not — recommend vaccinations for the age group in question. Because there are not too many conclusive data, the Commission could refrain from issuing a recommendation, for now. There might be one for 12- to 15-year-olds with pre-existing conditions only.

Even if the Permanent Vaccination Commission does not issue a recommendation, the Health Ministry wants to go ahead and vaccinate Germany’s 12- to 15-year-olds. The federal government intends to offer vaccinations to this age group, in its entirety, until the end of August. Should the EMA approve the vaccine for young adolescents, the vaccination campaign needs to be organized. The questions whether these kids should be vaccinated at doctor’s offices or at school, and how this task could be completed in record time, are on the agenda today.

Some German experts say vaccinating 12- to 15-year-olds could be risky, because hardly anything was known about side effects that could appear in this age group. Many politicians, on the other hand, want those vaccinations to be administered ASAP if the EMA recommends them. Some federal states intend to jump-start and complete vaccination campaigns for kids before the summer vacations commence. Others will not be able to do so, because there is not enough time. In Schleswig-Holstein and Mecklenburg-Hither Pomerania, the vacations start on June 21st, which is in three weeks from now.

In the meantime, Germany’s Corona infection numbers keep on dropping. The country’s Seven Day Incidence now stands at 41.0. Only three out of sixteen federal states, Baden-Württemberg, Saarland and Thuringia, are above 50.