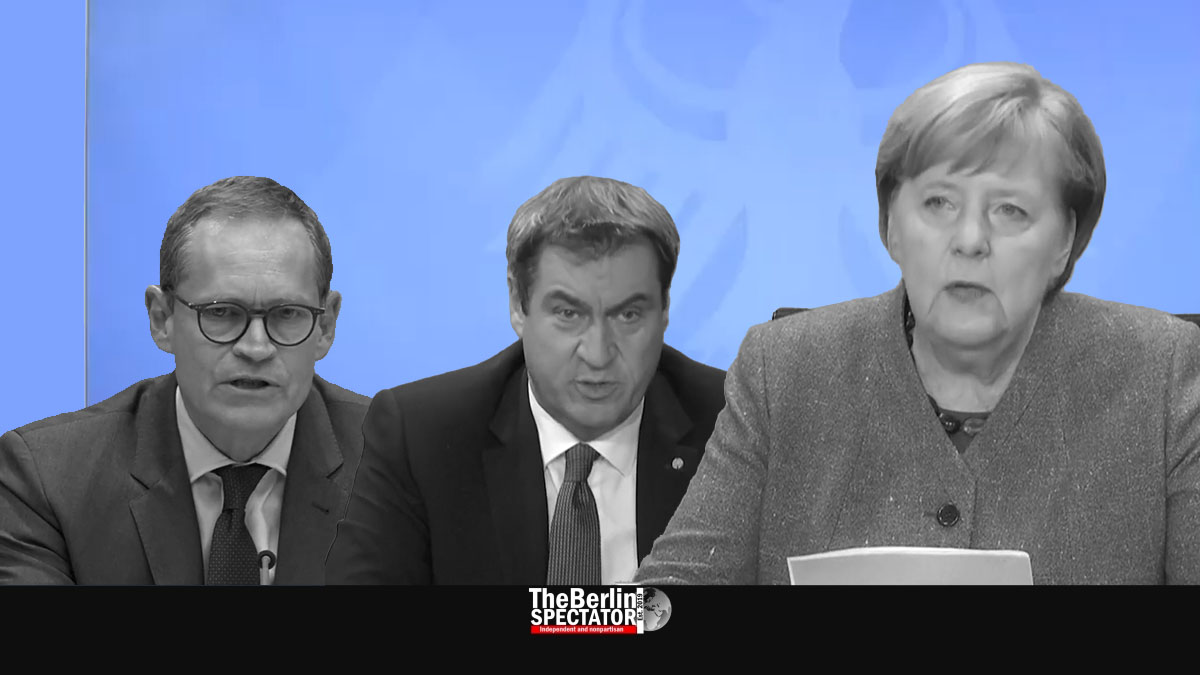 At yesterday’s Corona conference, Angela Merkel and the First Ministers discussed vaccination deliveries, vaccination certificates and vaccinations for kids. The latter subject is not as easy as it may sound. There were arguments behind the scenes.

Berlin, May 28th, 2021 (The Berlin Spectator) — A crisis like the Corona pandemic is not easy to deal with, even as things are improving step by step. The infection numbers are slumping and that of persons who have been vaccinated is increasing substantially. But Germany needs even more vaccine to accelerate its vaccination campaign further. The inclusion of 12- to 15-year-olds is complicated. Also, the federal states are not exactly happy about a promise Health Minister Jens Spahn recently made, one he probably cannot keep, unless it suddenly rains vaccine.

The Definition of ‘Additional’

The government is doing what it can. And everyone involved, both the federal government and the state governments, have the same goal, namely vaccinating as many people as possible as quickly as possible. On the other hand, the frustration about still not having enough vaccine leads to arguments. The latter have to do with a statement by Germany’s Conference of Health Ministers which is being headed by Jens Spahn. Federal states that made sure 12- to 18-year-olds would receive vaccination offers were promised the required amount of vaccine in addition to the usual vaccine deliveries, it said. In an interview with the ‘Bild am Sonntag’ weekly, Spahn had also announced a big vaccination campaign for schoolkids until the end of August.

Now the question is: Where does the additional vaccine come from? According to Bavaria’s First Minister Markus Söder, a redistribution is the only way under these circumstances. He said so after yesterday’s Corona conference. During the conference, Spahn himself reportedly conceded the “additional” vaccine would have to be taken from the contingent for doctor’s offices. The actual definition of “additional” is somewhat different. The inclusion of 12- to 15-year-olds will slow down the vaccination campaign, and the federal states are upset. They need millions of doses more.

After the Corona conference on Thursday, it is certain that kids from 12 years of age will not be favored in Germany’s vaccination campaign in any way. From June 7th, they may try to get appointments at vaccination centers or doctor’s offices and get their shots as long as there are doses for them. For now, the Biontech/Pfizer product will be the only one approved for 12- to 15-year-olds. Today, the European Medicines Agency EMA is expected to announce the approval.

In the meantime, Germany’s vaccination campaign is making headway, in spite of the remaining problems. On Wednesday alone, more than 1.1 million persons were vaccinated against Corona. Forty-one percent of all Germans, and residents of other nationalities, got at least one of two required shots, while 15.7 percent already got both of them.

Germany’s Seven Day Incidence dropped down to 39.8. Only two out of sixteen federal states, Baden-Württemberg and Thuringia, are above 50. The infection numbers are falling rapidly. At least for now, the need for even more vaccine is the only big problem left.

Germany: Adolescents to be Vaccinated from June 7th