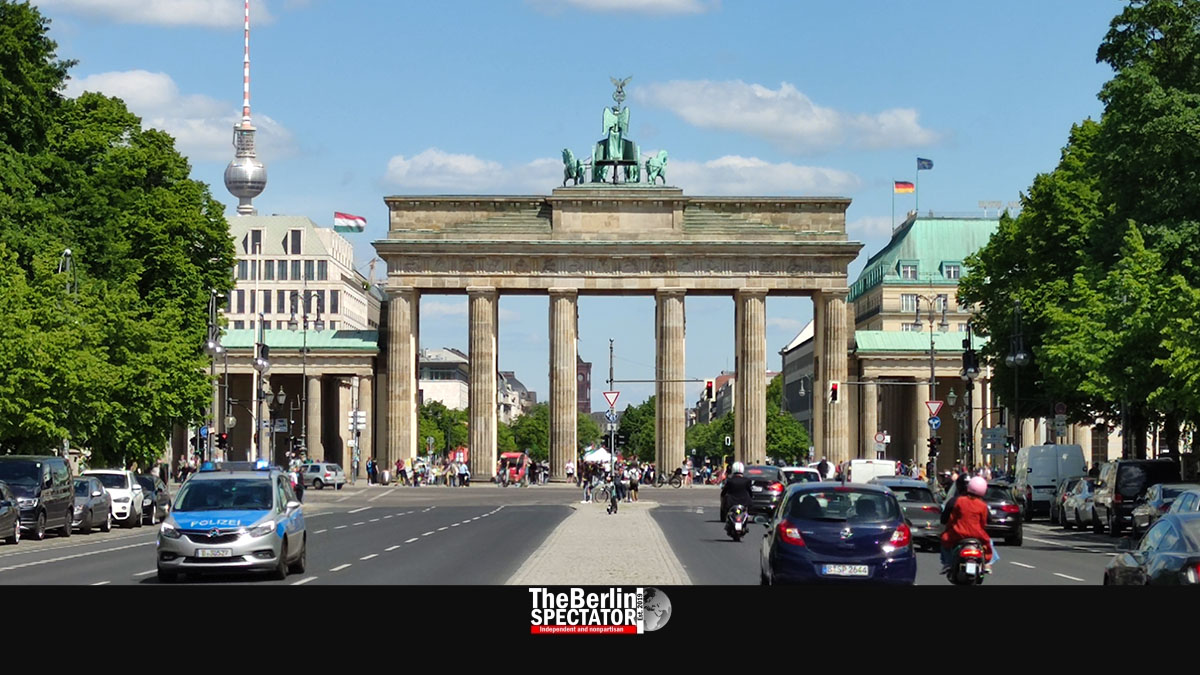 When the Berlin Senate convenes on Tuesday, it might antedate the easing of some restrictions because of the rapidly dropping infection numbers. In neighboring Brandenburg, the cabinet is expected to take similar decisions.

Berlin, May 31st, 2021 (The Berlin Spectator) — As soon as tomorrow, on Tuesday, the Berlin Senate might take decisions with far-reaching implications for Berliners and tourists. Originally, some Corona restrictions were going to be eased on June 18th, in two and a half weeks from now. According to the RBB radio and television network, it might happen much earlier. Because of the falling Corona infection numbers, some restrictions might no longer be justified.

Hotels could be allowed to welcome tourists again, for the first time since October of last year. There is no date, so far, but it might happen as soon as this week. Whenever happens, there will likely be limits to the level of normality the Senate will accept. There was talk about letting hotels work at a maximum of 50 percent of their capacity and requiring negative Corona tests for all guests. Restaurants are supposed to be able to welcome their guests indoors as well, as long as they follow strict hygiene rules.

Another subject the Berlin Senate will discuss is the policy at schools after the upcoming summer vacations. Within Governing Mayor Michael Müller’s center-left government coalition, there are very different ideas about how to proceed. The question is whether there should be a quick return to in-person learning for all pupils or not. Education Senator Sandra Scheeres favors a more cautious approach.

In Potsdam, the government of Brandenburg is expected to be more liberal in regard to the Corona restrictions. On Tuesday, the cabinet is expected to ease quite a few of them. Starting on Thursday of this week, people might be allowed to gather in groups of up to ten people from any number of households. Outdoor events with up to 500 people could be allowed again, and indoor events with a maximum of 200 participants, under certain conditions.

Restaurants in Brandenburg will likely be allowed to serve guests at indoor tables. Persons from up to two households per table will likely be the limit. On top of it all, sports activities in groups will probably be allowed, in groups with a limited number of people. Even the reopening of cinemas, concert halls and theaters could be announced as early as tomorrow. Of course, strict rules will apply in regard to masks and hygiene.

Germany’s Coronavirus infection numbers are still decreasing. In only three out of 412 counties, the Seven Day Incidence is above 100. All federal states, even the Corona hotspot Thuringia, are now below 50. With 18.7, Brandenburg has one of the lowest Incidences in the entire country. Berlin stands at 32.6, while the national average is 35.1.

Berlin to Reopen Schools Completely Because of Court Decision