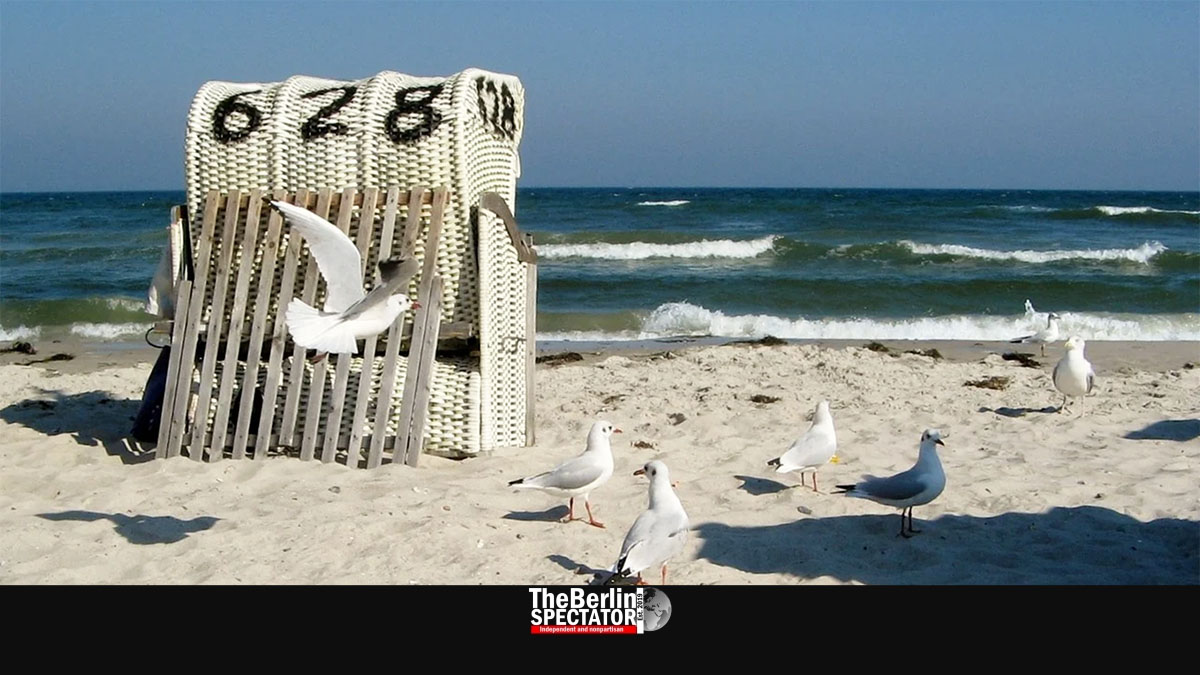 In Germany, where the Seven Day Incidence just dropped below 30, this is the day of reopening steps. Millions of Germans and residents of other nationalities can finally return to normality, at least sort of.

Berlin, June 4th, 2021 (The Berlin Spectator) — Mecklenburg-Hither Pomerania has lots of nice Baltic Sea beaches. Camping grounds, holiday apartments, hotels, good restaurants and lots of sightseeing spots, including stunning cities like Rostock, make this federal state a tourist magnet. Last year, Corona came along and changed everything. Since the pandemic hit Germany, Mecklenburg-Hither Pomerania’s government has locked out all tourists more than once. This unprecedented move even included persons who own holiday apartments up there.

Today, things are changing. Tourists are being welcomed in Mecklenburg again. But they do need Corona tests with negative results just to enter the state. Those who stay at holiday apartments and refrain from visiting restaurants and museums, maybe because they prefer cooking themselves and listen to the seagulls during extended walks on beaches, will not need additional tests, but the others do, every 72 hours. Rapid Corona tests are an option here, as long as they are being provided by hotels.

Is Mecklenburg-Hither Pomerania exaggerating? Yes, in the eyes of some, but no, to the opinion of those who remember how quickly Corona can mess things up several times in a row. Originally, the state government in Schwerin wanted to reopen on June 14th. But, because the numbers have slumped quite a bit, they preponed the step. Residents of the state have been allowed to spend nights at hotels on their own turf for a week now.

Further west, in Hamburg, one of Germany’s most beautiful cities, restaurants are allowed to welcome guests indoors again, for the first time since November 1st, 2020. But Corona tests with negative results are required, and the maximum number of people per table is five. Things are less complicated at outdoor tables. Hamburg intends to prevent illegal parties, with far too many participants, from taking place in its hip borough Schanzenviertel and in parts of St. Pauli, a district known for prostitution, but also for a lot of culture and parties.

In those areas, serving alcoholic drinks outdoors is forbidden on weekends. Hundreds of party people made the city state act this way, when they gathered at “die Schanze” the other day and attacked the police officers who were trying to end their illegal party, also because hardly anyone followed the Corona rules. But, in spite of these restrictions in parts of the city, Hamburg will definitely feel the new normality, starting today. So, yes, this is a big day.

Bavaria has not reacted to the falling infection numbers quite as quickly. In Germany’s south, things are improving as well, but the states down there have not gotten quite as far yet. Still, the state government’s government in Munich intends to open up. First Minister Markus Söder and his people will be discussing possible reopening steps at a meeting today.

In Berlin, today is reopening day. The city state’s Senate announced so many reopening steps it is hard to even remember them. Eating out indoors is now legal, with Corona tests. Doing so outdoors does not require tests anymore. Neither does entering any shop, store or mall. Cultural events are allowed now, under certain conditions. Hotels will be allowed to welcome tourists soon, in both Berlin and neighboring Brandenburg. (Read separate articles ‘Berlin Senate Eases Long List of Corona Rules’ and ‘Brandenburg Takes Reopening Steps, Approves Controversial Restaurant Rule’.)

Starting today, millions of Germany, yes, and expats, will have a lot more freedom, now that the contact restrictions are being eased as well.