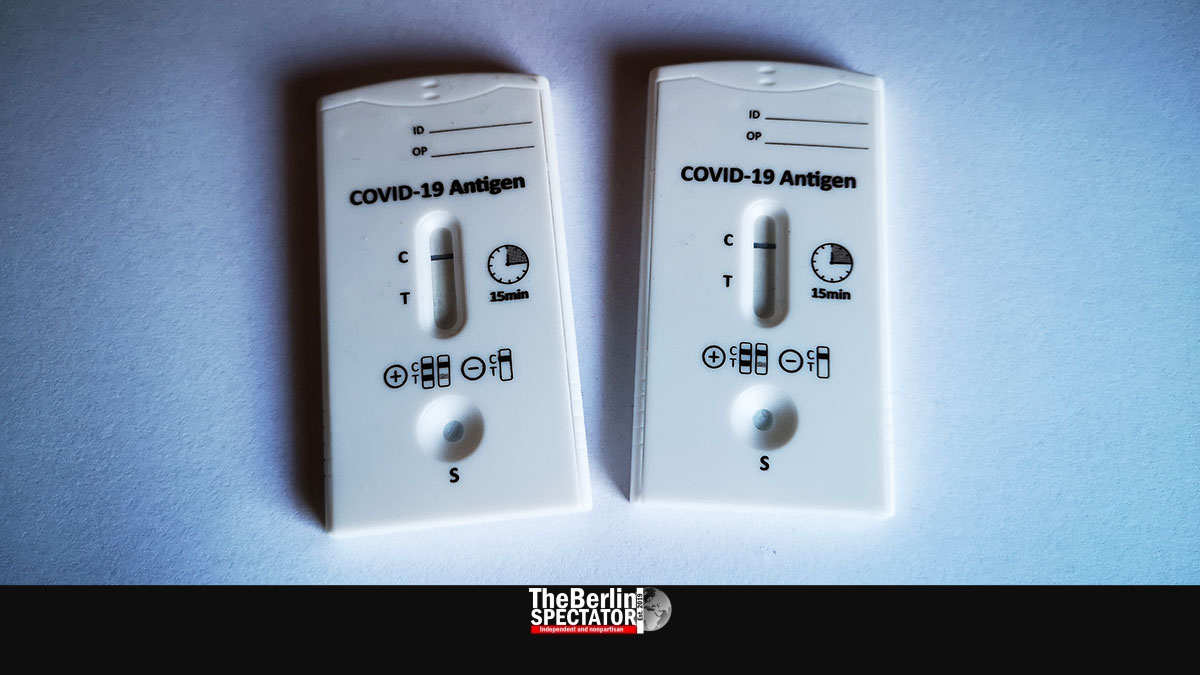 In Germany, the operators of some Corona test centers scam the state. So far, at least one person is behind bars. At other test centers, important rules were ignored. In Berlin, several of them were shut down by the authorities.

Berlin, June 5th, 2021 (The Berlin Spectator) — In Germany, operators of some Corona test centers are being investigated for fraud. The state pays them a certain amount per Corona test. In some cases, they listed far more tests than they actually conducted.

In the city of Bochum, the police arrested two individuals who are being suspected of fraud. One of the suspects is in investigative custody, according to several German-language publications. In another case, an incarceration was requested by the prosecution in Bochum. The latter refused to go into details because of the ongoing investigations. One man surrendered himself to the police.

Running test centers is good business, meaning the state pays them well. The rate is 18 Euro (22 U.S. Dollars or 15.50 Pounds Sterling) per test, which is one of the reasons why so many centers popped up all over Germany. Big amounts are being wired into the accounts of those who operate test centers in tents, former shops, pharmacies and all over the place. So far, 660 million Euro (803 million Dollars or 567 million Pounds) have been paid.

People who need Corona test results, for instance because they want to go to a museum or take part in some event, just enter the center. The employees on site take a swab sample from their noses. While their customers are on the move again, they send them their test results by e-mail, within 15 minutes. Those certificates open the doors to businesses, cultural venues and other places.

In several of Germany’s federal states, the Corona rules are changing. For example, Berlin now lets people enter any retail businesses without Corona test certificates. Even public open air swimming pools in the German capital can now be visited without test. Therefore, the number of tests might decrease from now on. On the other hand, people still need them to sit down at indoors tables in restaurants or for visiting galleries and cultural venues. Employees who work in stores or offices still need tests on a regular basis.

Critics say the state had made fraud easy, by not checking those Corona test centers. In Cologne, there was a case in which the center conducted 70 Corona tests, but charged the state for 1,000 of them. This does not seem to be an isolated case. Since the Corona crisis commenced, there was a lot of fraud in regard to aid payments that were offered to small businesses. Now, the authorities have to focus on Corona test centers.

But fraud is not the only issue. In Berlin’s Neukölln district, seven out of 170 existing Corona test centers were shut down within a few days. In some cases, the hygiene rules were not adhered to. In one case, unapproved tests were used. Berliners who have themselves tested were asked to report anything suspicious to the authorities. For instance, when the test result is sent within seconds after the test, something is definitely wrong.