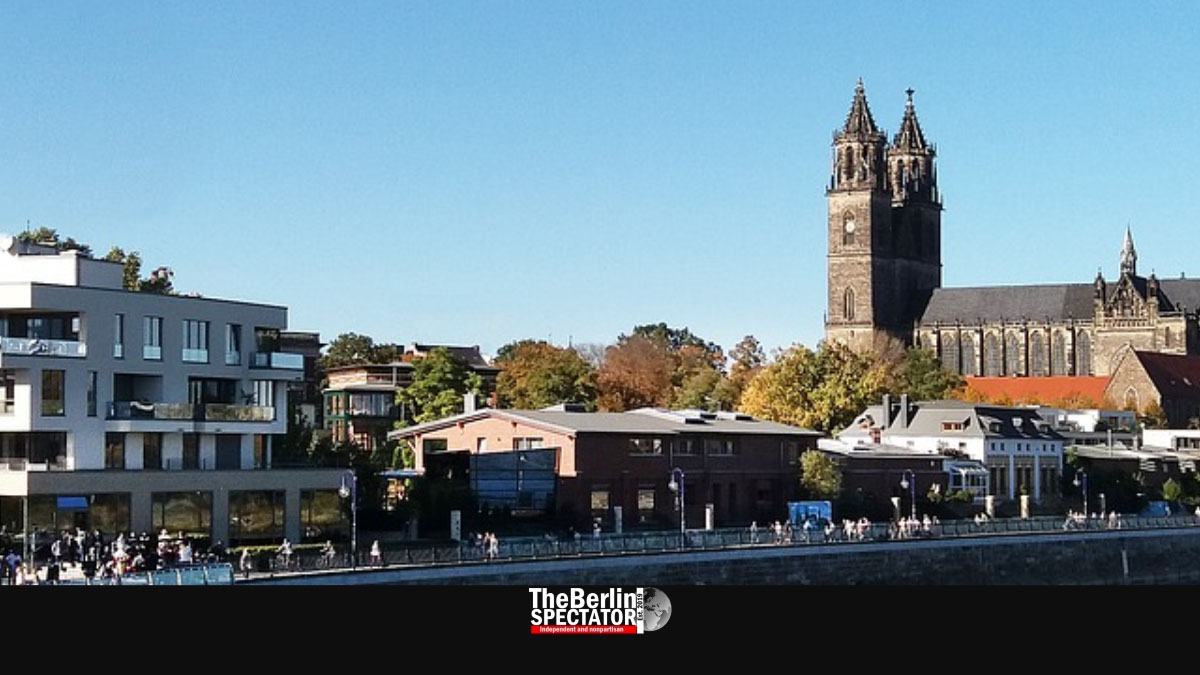 Berlin, June 6th, 2021 (The Berlin Spectator) — With 2.2 million inhabitants, Saxony-Anhalt is a small federal state. But , especially today, it is an important one. About 1.8 million residents are eligible to vote. The problem is that, according to the latest polls, at least one in four voters will choose the AfD, an extremist right-wing party the State Office for the Protection of the Constitution is observing. This authority is trying to establish whether the AfD actually is democratic or not.

Source of All Evil

In Saxony-Anhalt, the AfD is being run by individuals who could hardly be more radical. For their election program, they used vocabulary borrowed from the original Nazis. Headed by the former used car salesman OIiver Kirchner, the extremists intend to win the election and hold coalition talks with the CDU. Of course, the conservatives in Berlin have ruled out any cooperation with the AfD. The CDU in Magdeburg will probably follow the mothership’s approach. At least First Minister Reiner Haseloff is a clear opponent of any cooperation with the extremists.

Kirchner used to be part of the ‘Wing’, a group within the AfD that was even more extremist than the party is anyway. Officially, the ‘Wing’ was disbanded, but its former members and its ideas are still there. In 2016, the AfD in Saxony-Anhalt reached 24.3 percent even though it was the first time it took part in an election. Back then, the party concentrated on opposing migration. Since far less refugees come to Germany today, the AfD made the federal government’s Corona policy the source of all evil in the world. In spite of its weird and dangerous positions, the extremists might improve their election result today.

Today’s election in Saxony-Anhalt is the last test before the Bundestag Election take place on September 26th. In case the AfD really wins today, this would put a lot of additional pressure in Armin Laschet, the CDU’s new chairman. His role as candidate for Chancellor, which he has fought for very hard, could be challenged again. For Reiner Haseloff, this kind of situation would not exactly make things easier either. Whatever happens, he will form an anti-AfD coalition in Magdeburg, but if his CDU and his partners, the SPD and the Greens, loose a lot of votes today, this task will be more complicated.

According to the latest polls, the CDU is ahead of the AfD by 1 to 7 percent. But will those predictions prove to be accurate? In the last elections in 2016, the CDU got 29.8 percent, five and a half percent more than the AfD. With 10.6 percent, the center-left SPD had one of its worst results of all time. Today, it might turn out to be even worse. Compared to the nationwide support the center-left Greens are getting these days, they are very weak in Saxony-Anhalt. Here, the far-left ‘Die Linke’ might remain the third-strongest party.

Depending on the outcome of today’s elections, First Minister Reiner Haseloff might have to add a third coalition partner. The center-right FDP is the only possibility here, because his CDU has ruled out any cooperation with ‘Die Linke’ as well. Haseloff’s existing coalition with the SPD and the Greens is already unconventional. Adding the FDP would complicate things. Another option some CDU politicians are favoring is replacing the Greens with the FDP.

The polling stations opened at 8:00 a.m.. At 6:00 p.m., they will close. At that very moment, the first election forecast will be available.