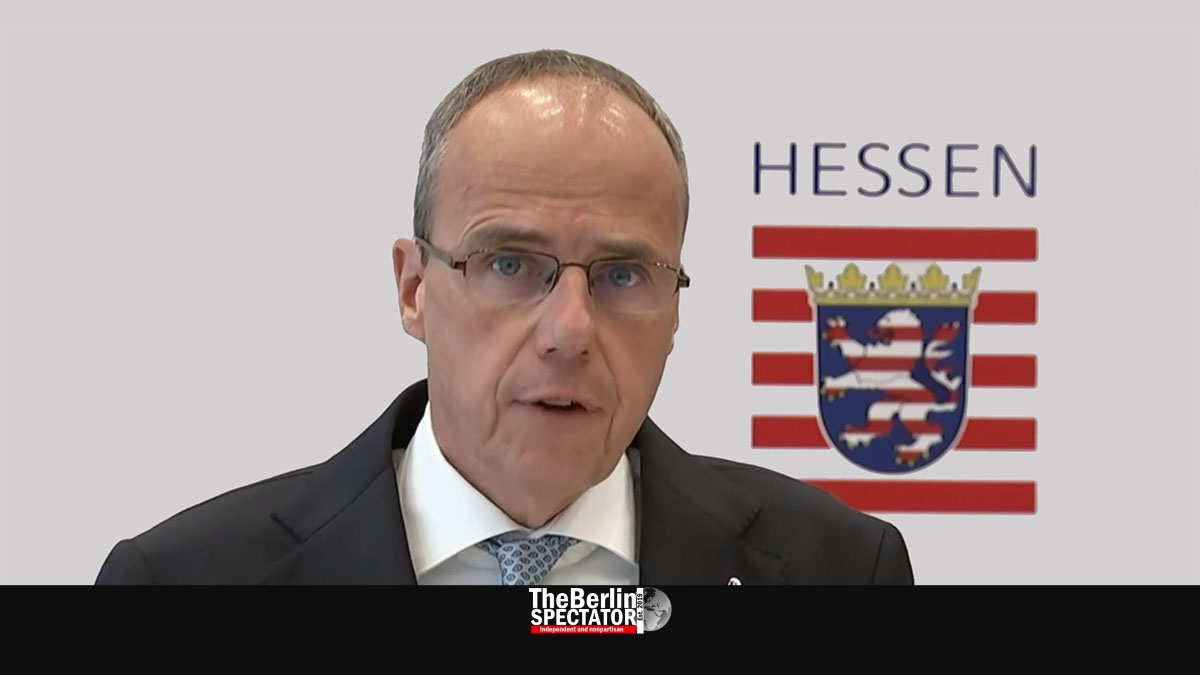 In the federal state of Hesse, Interior Minister Peter Beuth just disbanded a special police unit members of which had exchanged racist, extremist right-wing content in a chat group. Beuth said the suspects’ superiors had looked the other way.

Berlin, June 10th, 2021 (The Berlin Spectator) — In Hesse, a federal state in western Germany, an investigation against 19 police officers is ongoing because they shared racist content in a chat group. It included “illustrations and content by a former national-socialist organization”, according to the authorities. In other words: The cops who were part of the group, 17 of the 19 suspects, shared Nazi content. Three of the accused are superiors who allegedly ignored the situation.

On Wednesday, six apartments and several workplaces were raided and searched. This morning, Hesse’s Interior Minister Peter Beuth, a member of First Minister Volker Bouffier’s conservative CDU, announced he was disbanding the special unit SEK Frankfurt the suspects were part of. None of the officers involved in the scandal could ever become members of any special police unit in Hesse again. Beuth did not rule out dismissing some or all suspects from the police.

The Minister announced a “fundamental fresh start” for the SEK Frankfurt. There needed to be “a new leadership culture”, Beuth stated in the state capital Wiesbaden. Special units would be indispensable in future as well, but the framework conditions would be very different. Because of the “unacceptable misconduct” shown by “several employees” and the fact that their superiors had overlooked this behavior, the disbanding of the SEK Frankfurt was inevitable.

In some cases, an extremist right-wing disposition is obvious, according to Minister Beuth. He said, at the SEK Frankfurt the error culture he had called for had failed completely. Yesterday’s raids and searches were proof for the Ministry’s efforts to fight for integrity at Hesse’s police. He would never accept the kind of misconduct the 19 police officers were accused of, the Interior Minister vowed. The Hesse Police had a lot of work to do. Most of the chat conversations in question took place in 2016 and 2017, but the prosecution says some had been recorded in 2019. The investigation has been going on for quite a while.

A similar scandal was reported in Berlin in October of 2020. In this case, police officers had called Muslims “apes” and refugees “rapists and rats” in a chat group. They had also said the deadly attack against the Synagogue of Halle had “nothing to do with right-wing views”. Since, the Berlin Police Department and the Senate Administration of the Interior have announced an extremism prevention plan.