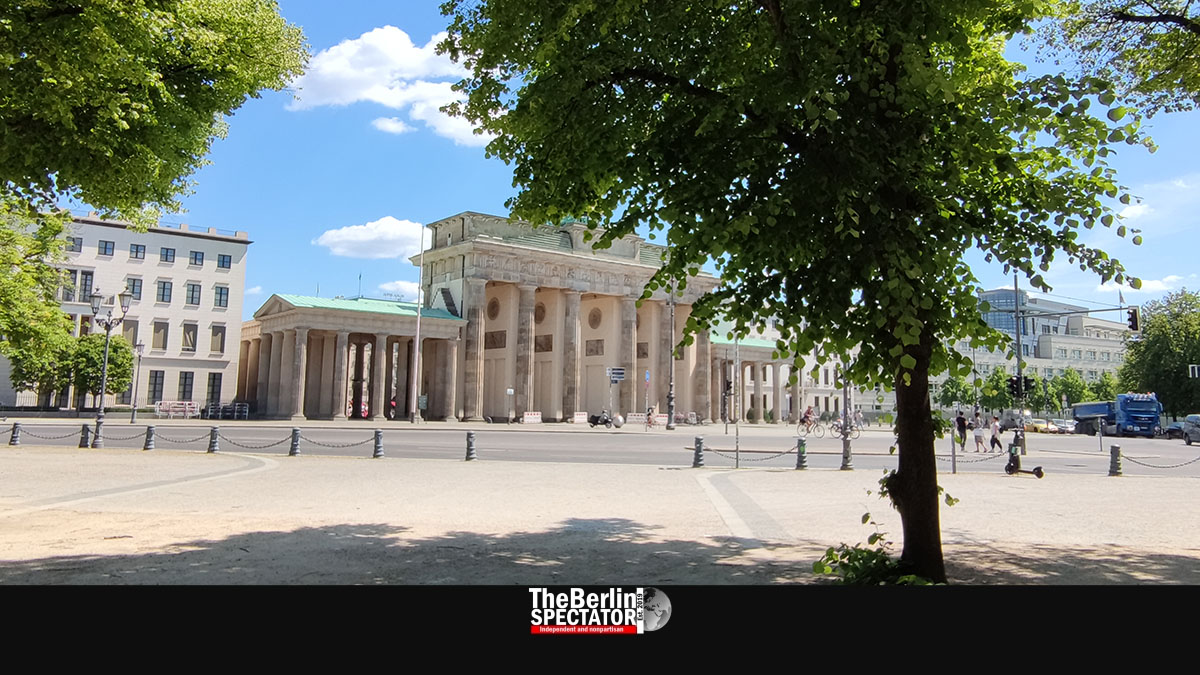 In Germany, the number of new Corona infections is still moving in the right direction, namely downward. Only one single federal state still has an Incidence higher than 25.

Berlin, June 10th, 2021 (The Berlin Spectator) — Since early 2020, the Robert Koch Institute (RKI) in Berlin has been using a map of Germany and different colors to show what the Corona situation is. From November to April, the entire map was dark red most of the time, when the third wave caused death, illness and fear. For several months, the lockdown and all of those restrictions were justified. Now, the same applies to the easing of many restrictions.

Today, the RKI’s map is light yellow. Only one tiny part of it, the southern state of Baden-Württemberg, is orange, since it is the only ‘Bundesland’ that reported a Seven Day Incidence higher than 25 on Thursday morning. It stands at 25.9. Chances are, it might turn yellow tomorrow or on Saturday. In the past few weeks, the situation in Germany has improved so much it is almost incredible.

If there was a color for states with one-digit Incidences, Mecklenburg-Hither Pomerania (5.3), Brandenburg (9.3) and Schleswig-Holstein (9.9) would have to be marked accordingly. Germany’s national Incidence average is 19.3. Had anyone predicted this kind of level only three months ago, he or she would have been locked up in a mental hospital. Germany has 412 counties. Exactly 12 of them are at or above 50 today. With 73.3, Zweibrücken in Rhineland-Palatinate has the highest Incidence in the country.

Berlin’s Incidence stands at 20.2. The number of Corona patients who are being treated at the German capital’s hospitals just dropped below 200. This obviously is this year’s low. One hundred and eleven patients in Berlin are in intensive care, 66 of them are connected to respirators. Two Berliners died of Corona in the past 24 hours. Each Corona victim is one too many, but the numbers are dropping dramatically. Neukölln, one of the larger Berlin districts, has the highest Incidence level in the city. It stands at 43.6. With 10.9, Treptow-Köpenick has the lowest one.

Later today, Germany’s Health Minister Jens Spahn will announce the start of Germany’s version of the European digital vaccination passport for individuals who already got all required vaccination shots. Persons who were fully vaccinated in the past will be able to get the certificate they need at pharmacies. They will need to download the CovPass app unless they want an analog certificate on paper. Those who will be getting their last Corona vaccination today or in future will be provided with the digital vaccination certificate at the vaccination centers or doctor’s offices.

While Germany is returning to normality, step by step, the country’s experts are keeping an eye on the latest developments and dangers. The biggest one is the Delta variant of the Coronavirus. It used to be known as the “Indian variant” because that is where it was discovered first. But the WHO renamed all mutations in order to prevent discrimination against countries or its nationals. At this stage, the Delta variant was confirmed in 2.5 percent of all new Corona samples that were checked. Its actual share might be higher.