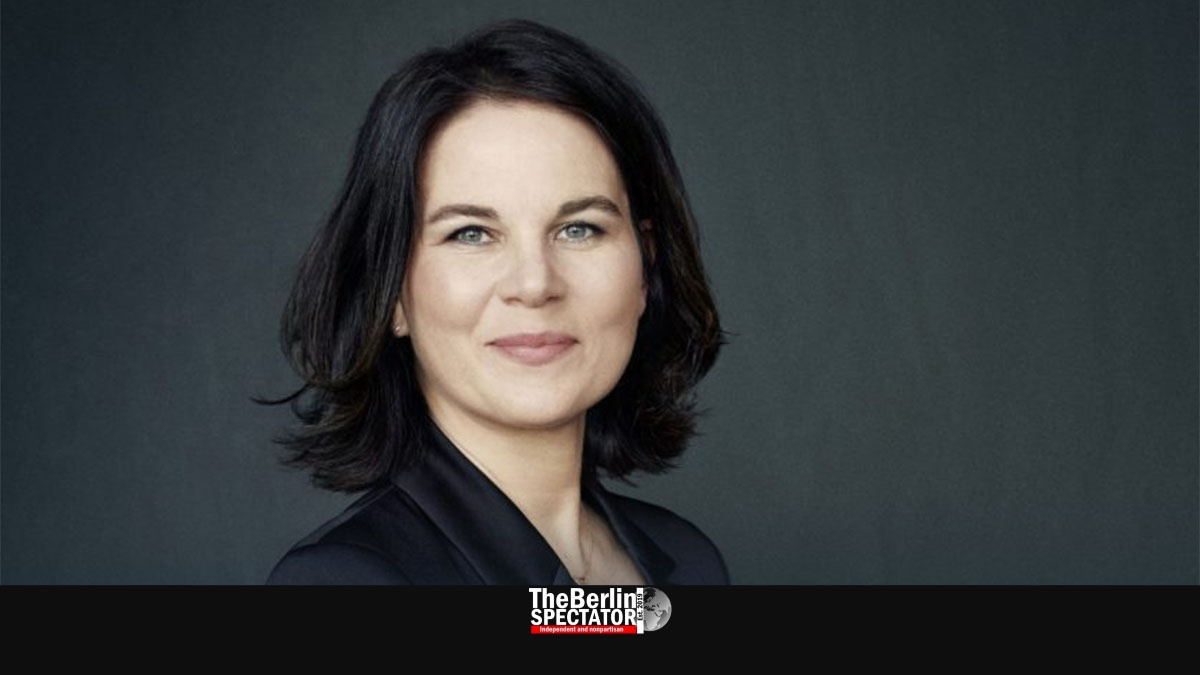 In spite of some mistakes she had to apologize for, the Greens just made Annalena Baerbock their candidate for Chancellor. For the first time ever, they need a candidate since they became the second-strongest party in Germany.

Berlin, June 13th, 2021 (The Berlin Spectator) — Before the Greens officially made Annalena Baerbock candidate for Chancellor, some German-language news publications predicted the party would punish her for issues with her official curriculum vitae and special payments she received. It was wishful thinking. She got 98.5 of the vote at the Green party convention. The result could hardly have been better.

Several times, data in her official CV were corrected. Parts of the national press made this a big scandal. In several interviews, Baerbock said she was vexed about the fact that it had happened. She apologized publicly. In the past few weeks, the Greens, who had overtaken the conservative CDU in the polls earlier this year, lost big. They are now at about 20 percent, which makes them the second-strongest party. The likelihood of them becoming part of the next government, either as the CDU’s junior partner, or even as the leading force in a three-way left-wing coalition, is relatively high.

In her main speech, Annalena Baerbock thanked the delegates at the party convention for the strong support after the adverse wind she had gotten before. The result of the vote for her was a “sign of full solidarity”, she stated. The candidate slammed the federal government for having driven the country on autopilot. Under the Greens, things would be different, she vowed. According to Mrs. Baerbock, the election campaign is a “duel with the Union”. In Germany, the “Union” consists of Angela Merkel’s conservative CDU and its Bavarian version, the CSU, which is part of the Bundestag as well. “For the first time in decades, change is in the air”, she told her party.

The Greens were part of a government coalition, as junior partner, with the center-left SPD from 1998 to 2005. Since the “red-green” project ended, Angela Merkel has been governing the country, mostly with the SPD. In between, she headed a center-right coalition with the FDP. After the Bundestag elections in September of this year, the Merkel era will end after 16 years. The Chancellor has refused to go for yet another term.

The Greens intend to start their own era. “This is the moment to renew the country”, Annalena Baerbock stated at her convention. With courage, ingenuity, solidarity and diversity, change was achievable. The “big task of our time” was to prevent a big climate crisis from happening. She reacted to criticism according to which everything will be more expensive under the Greens, by saying all additional costs people had to cover for climate neutrality would be compensated. She demanded “climate justice” and said the markets and products of the future were climate-neutral.

In March of 1983, the Greens entered the Berlin Bundestag for the first time. Today, they are part of several state governments. In Baden-Württemberg, one of theirs, namely Winfried Kretschmann, is First Minister. He is heading a coalition with the CDU. Climate protection has been the Greens’ main subject from the start. On the basis of this priority, the economy is supposed to be modernized. Digitization is another subject the Greens keep on talking about. So are feminism, gender equality, more international cooperation and an improved education. Critics accuse the Greens of being the party of bans and rising fuel prices.