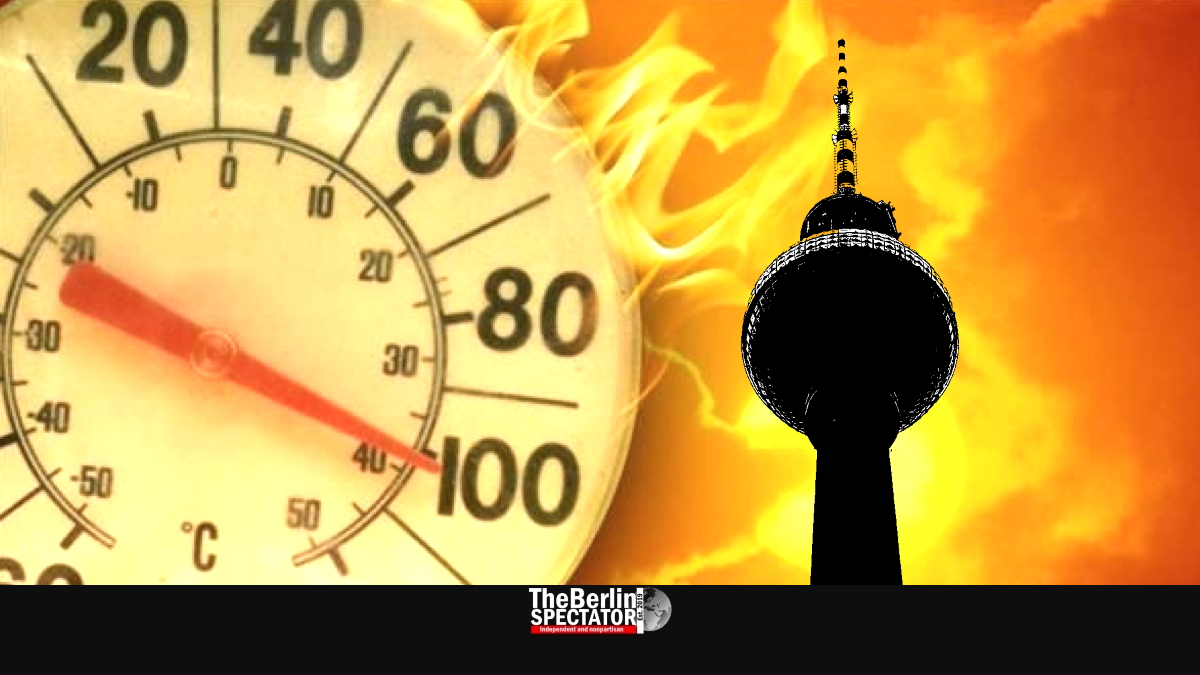 The weather will be exaggerating these days, especially in northern Germany. In Berlin, temperatures of up to 37 degrees Centigrade (98.6 degrees Fahrenheit) are expected. When? Right now.

Berlin, June 17th, 2021 (The Berlin Spectator) — In Berlin and parts of Brandenburg, jumping into a swimming pool, hiding in a cave or sucking ice cubes all day long might be advisable these days. That is because a major heatwave will be hitting. According to the German Meteorological service, 37 degrees Centigrade (98.6 degrees Fahrenheit) might be reached on Friday. Today, four days before the official beginning of summer, the maximum temperature is 36 degrees C (97 degrees C). These will be the hottest days of the year, so far.

During the weekend, some showers and strong thunderstorms with hail and all extras are a possibility, but the cooling effect will not last long. In Berlin, temperatures will remain extremely high until Wednesday of next week, forecasters believe. Things look similar in Hamburg, Germany’s second-largest city. Usually, the marvel of the north is one of the coolest and wettest ones. Not this week though. Forecasters say the thermometer will show 34 degrees C (93 degrees Fahrenheit) on Friday. Hamburg is lucky though, because it is supposed to cool down to 25 degrees C (77 degrees F) on Monday.

Berlin’s Commerce Senator Ramona Pop stated, the expected heat in the German capital would endanger the city’s trees. They would have to be watered. On a social media account, the Senator posted a photo of her and another woman as they were pouring water on a tree using watering cans. Mrs. Pop added a comment that said the climate crisis had already become reality. The drought that will be caused by the heatwave increases the danger of forest fires in Brandenburg province and at other locations in Germany.

Usually, Germany’s west and south are a lot hotter than the east and north. It is different this time. Temperatures in Cologne, Stuttgart and Munich are supposed to be slightly lower than in Berlin and Hamburg. But Frankfurt will be extremely hot, especially today, when 34 degrees C (93 degrees F) will likely be reached.

In all of Germany, children and pets should not be left in cars. People should drink a lot of water. They might also want to check on their neighbors, especially if they are elderly people. Heat of this kind can also pose a danger to chronically ill individuals.