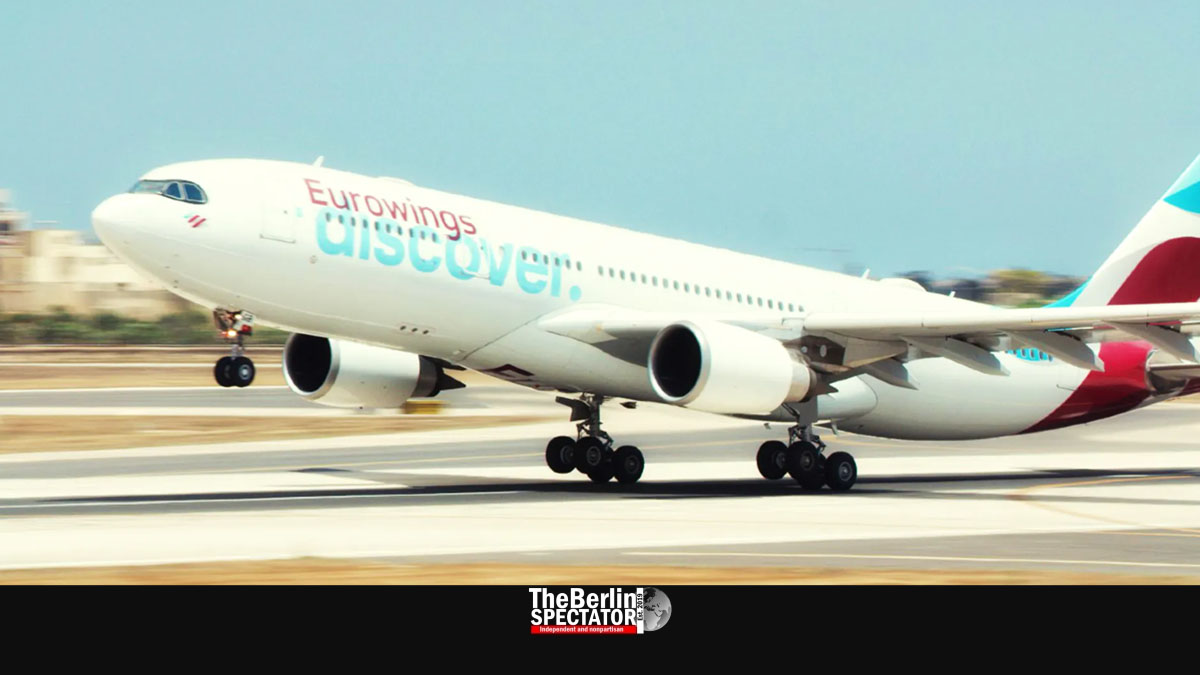 In the biggest crisis civil aviation has ever experienced, Germany’s Federal Aviation Office approved the foundation of another airline. Lufthansa group is now launching Eurowings Discover, a new kind of low-cost endeavor.

Berlin, June 18th, 2021 (The Berlin Spectator) — Lufthansa Group is giant. It has 110,000 employees and runs many airlines, including Swiss, Austrian Airlines, Eurowings, Air Dolomiti and Brussels Airlines. The largest aviation company in Europe also owns Lufthansa Cargo, Lufthansa Technik and LSG Sky Chefs. Yet another brand, Eurowings Discover, will be launched in July. Initially, it was supposed to happen this month, but Corona delayed things, as usual.

Germany’s Federal Aviation Office and international authorities now approved the project. Eurowings Discover will literally take off on July 24th, 2021. Its first flight will take passengers from Frankfurt to Mombasa and Sansibar. This route is supposed to be covered twice a week. A month later, in August, more destinations will be added. Three times per week, Eurowings Discover will be flying to Punta Cana in the Dominican Republic.

There is more: Windhoek will be on the flight plan starting in August. In October, the list of routes for the new airline will be extended further. This is when Lufthansa Group intends to add two very different destinations, namely Mauritius and Las Vegas. In both cases, there will be three flights per week. So, are these all destinations? No. Bridgetown (Barbados) is supposed to be added in winter, along with Montego Bay (Jamaica) and Varadero (Cuba). Obviously, those destinations could not be more exotic. On top of it all, the Canary Islands, Egypt and Morocco will be on the list from November.

Even before Eurowings Discover takes its own passengers to all of those tourist destinations, it will get warmed up by operating flights for its sister company Air Dolomiti. This is about European destinations. That way, the crews will prepare for the long-distance flights they will be on very soon.

Eurowings Discover will have an impressive fleet. This year, it includes eleven planes. By mid-2022, as many as 21 aircraft will carry the new airline’s livery, namely ten Airbus A320 for shorter flights and eleven A330 for those long-distance trips. Lufthansa Group has a big advantage here: They do not have to spend hundreds of millions of Euro at the ‘plane store’, meaning at Airbus, because they own those aircraft already. Due to Corona, so many Lufthansa planes are parked all over the place. All they have to do is repaint them and get airborne.

In the Middle of Nowhere

Tickets for Eurowings Discover’s flights can be already be purchased. For now, they are being sold as Lufthansa flights with numbers that start with ‘LH’. Starting on July 24th, the new airline’s flight numbers will start with ‘4Y’. The main difference between Eurowings Discover and other low-cost airlines is the fact that the new brand offers long-distance flights. Also, it takes off from big hubs such as Frankfurt and Munich, while its competitors use countless smaller airports as well, including some that are located in the middle of nowhere.