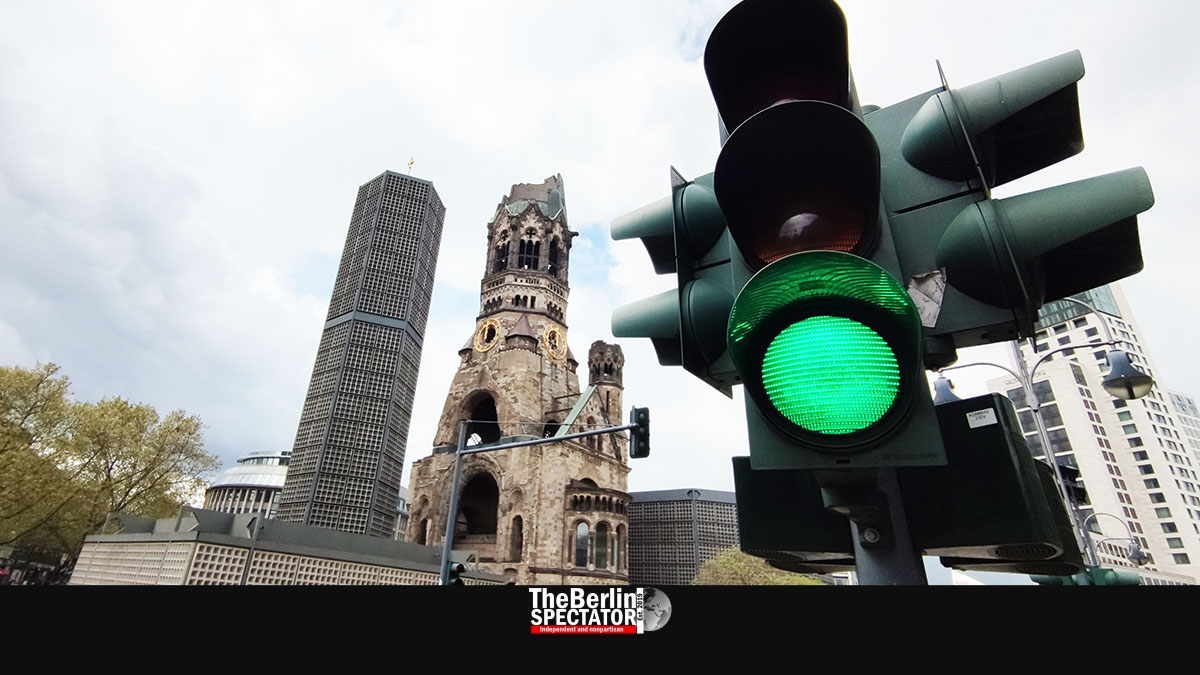 For the first time since September of 2020, Germany’s Seven Day Incidence has decreased to a one-digit level. It stood at 9.3 on Saturday morning. In spite of this development, Chancellor Angela Merkel is worried.

Berlin, June 19th, 2021 (The Berlin Spectator) — In Germany, the Corona situation keeps on improving. The country has not had a one-digit Incidence in more than eight months. According to the Robert Koch Institute it now stands at 9.3. Only two German counties are above 50. Baden-Württemberg and Saarland are the two federal states with the highest Incidences. In both cases, the level is 14.0. At the same time, more than 50% of all Germans got at least one of two required vaccination shots, while 29.6 percent already have both of them. On Thursday alone, more than one million vaccinations were administered. All of this make the situation look pretty good.

Still, Angela Merkel, Germany’s departing head of government, is worried. Just before she welcomed French President Emmanuel Macron in Berlin, she warned of the danger posed by the Delta variant of the Coronavirus. Mrs. Merkel mentioned the European Soccer Championship. “When I see full stadiums in other European countries, I am not so sure whether this is the right answer to the situation”, the Chancellor stated. The experience gained during the pandemic had shown than Europe needed to act consistently. For instance, the coordination of entry rules at borders was not perfect yet. President Macron agreed with his host.

“We have to continue being vigilant in regard to the spread of variants or mutants”, Angela Merkel stressed. Macron stated, both France and Germany had strict rules at borders. This especially applies to travelers from Britain, where the Delta variant is spreading rapidly. There was a strict testing and quarantine policy for people who returned from there, Macron said. In order to stop the mutant from spreading, those regulations were necessary.

One of Germany’s most famous virologists, Professor Christian Drosten, said the country needed to take the Delta variant of the Coronavirus seriously starting right now. His institute at the Charité hospital in Berlin got an increasing number of calls from labs all over Germany with reports about Delta mutation outbreaks, he stated at a conference. For instance, there was one in Schleswig-Holstein province right now. Drosten said the situation reminded him of what had happened when the B.1.1.7 variant of the Coronavirus had started spreading in Germany last year.

This variant had come over from Britain in the fall of 2020. It triggered the third Corona wave which Germany managed to defeat after months of lockdowns and other strict measures. In spite of high vaccination rates, the Delta variant invaded Britain a few weeks ago. As a result, the Seven Day Incidence in the United Kingdom more than tripled.

The Alpha variant also known as B.1.1.7 or “British variant” was already more contagious than the original Coronavirus which hit Europe in early 2020. According to experts, the Delta mutation is even stronger. Persons infected with this variant formally known as the “Indian version”, because that is where it was discovered first, have to be treated at hospitals more often.